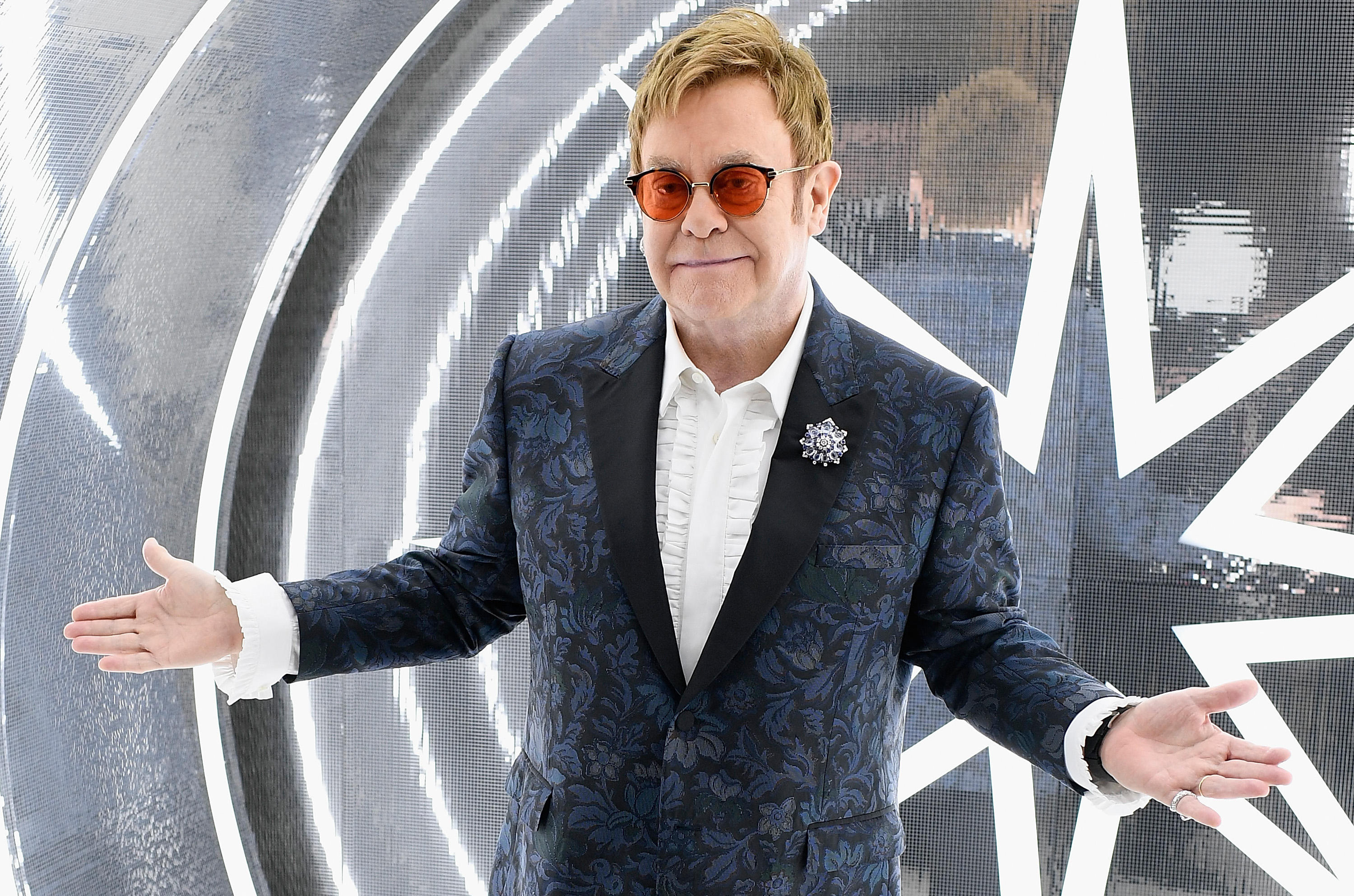 Elton John will no longer be touring after a 3-year long "Farewell Yellow Brick Road" tour. The 70-year-old British singer made the announcement at a press conference, which took place simultaneously in New York and London, on Wednesday.

The announcement began with an animated montage of John's accomplishments, to the soundtrack of hits like "Rocket Man" and "Goodbye Yellow Brick Road." The video showed signs representing his different projects, like his Las Vegas residency, "Aida" and "Gnomeo and Juliet."

Afterward, John sat with Anderson Cooper on stage, who asked him about his big announcement. The singer responded that the upcoming tour that kicks off in September will be his last.

"It'll be a global tour," he said. "It is the last time that I'll be touring and traveling the world because my priorities have changed … I have children and that changed our lives."

John said that in 2015, he and husband David Furnish sat down with their children's school schedules and made the decision for John to stop touring.

"I've had an amazing life, amazing career," said John. "My priorities now are my children, my husband and my family and I've been touring since I was 17 with various bands, then as Elton John in 1969 and I thought the time was right to say thank you to all my friends around the world globally and then to say goodbye and just to have a breather."

John made it clear his final tour, which will be called the "Farewell Yellow Brick Road" tour, does not mean he's retiring.

"That doesn't mean I'm still not going to be creative, but I'm not going to travel anymore," he said. John said he plans to still record and write music.

The tour will end in 2021 and have 300 dates, said John. It kicks off in Allentown, Pennsylvania.

The singer disputed reports that he's in poor health.

"I'm in great health," he said. He talked about a bacterial infection he contracted during his South American tour last year and said, "I was very ill for seven weeks and it knocked me sideways, but I still did 96 shows … I always thought I'd be like Ray Charles or B.B. King and tour forever, but once our life changes, you have the children -- it changes your life so much."

"That's a very important time in their lives," he said. "I see them a lot anyway. I love them so much. I don't want to miss them and I don't want them to miss me."

John said he sees his tour as a way to thank his fans for coming to see him for nearly 50 years.

"It's a way of going out with a bang," he said. "I don't want to go out with a whimper … I want to leave people thinking, 'God, I saw the last tour and it was fantastic.'"

John is also scheduled to perform at Sunday's 60th Annual Grammy Awards show that you can watch live on CBS.