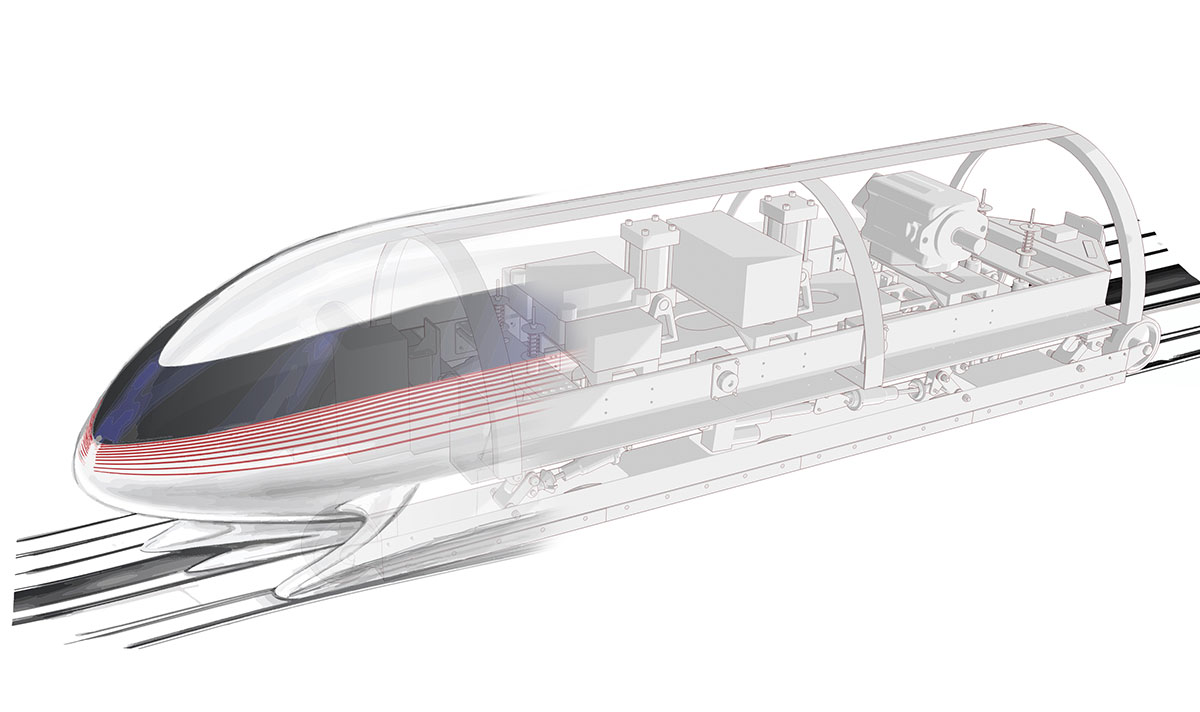 COLLEGE STATION, Texas -- MIT student engineers won a competition to transform SpaceX and Tesla Motors co-founder Elon Musk's idea into a design for a Hyperloop to move pods of people at high speed.

Massachusetts Institute of Technology, based in Cambridge, Massachusetts, was named the winner Saturday after a competition among more than 1,000 college students at Texas A&M University in College Station.

The Hyperloop is a high-speed ground transport concept proposed by Musk to transport "pods" of 20 to 30 people through a 12-foot diameter tube at speeds of roughly 700 mph.

More than 100 university teams presented design concepts to a panel of judges in an event that began Friday.

The MIT team included 25 students with expertise in aeronautics, mechanical engineering, electrical engineering, and business management. They also assembled an advisory board of professors and industry leaders to offer technical guidance and feedback.

The top teams will build their pods and test them at the world's first Hyperloop Test Track, being built adjacent to SpaceX's Hawthorne, California, headquarters.