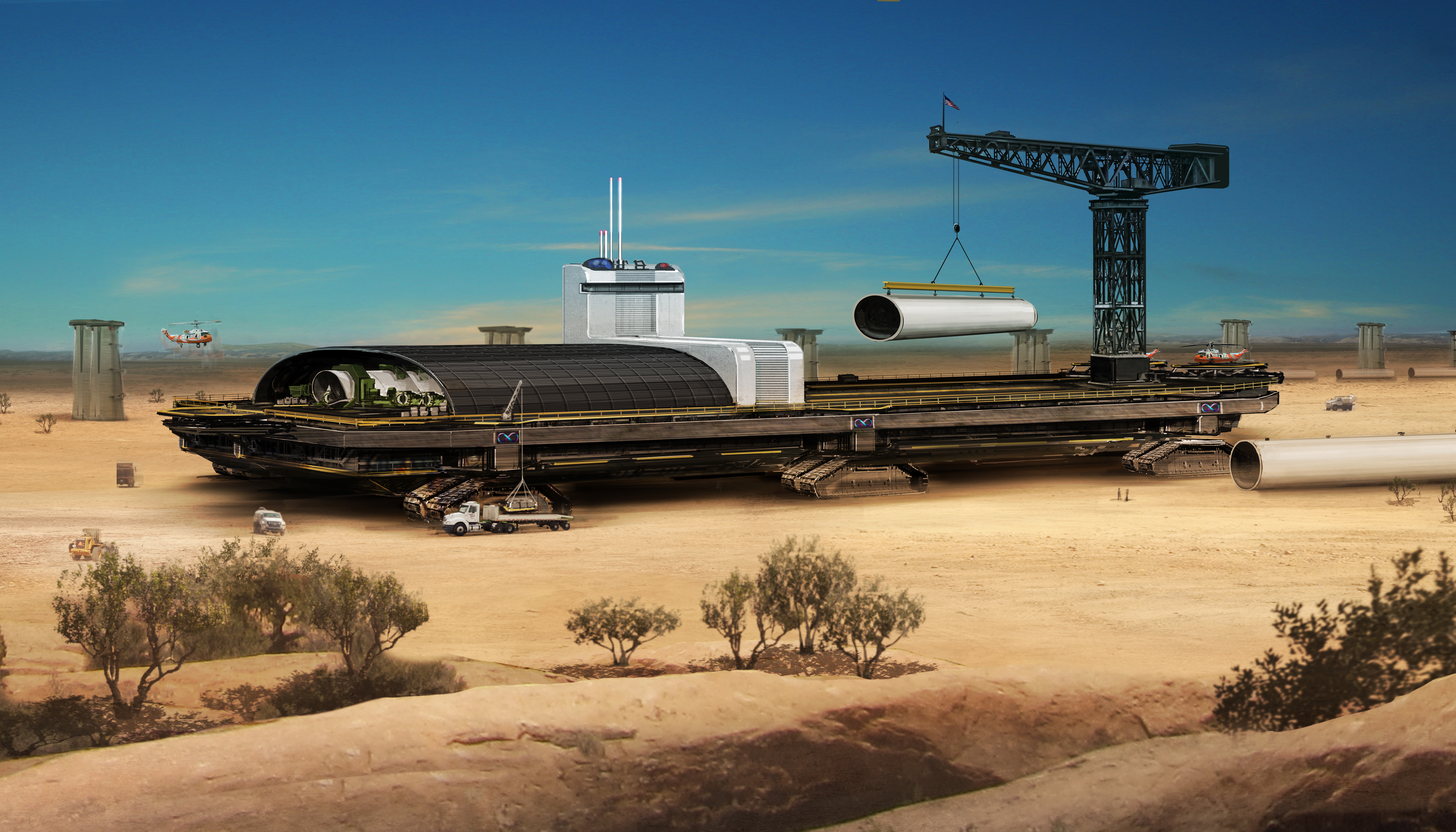 Hyperloop Technologies is working on a project to move people and cargo at nearly the speed of sound, and its engineers believe they're approaching a transportation breakthrough not seen in ages, reports CBS News correspondent Carter Evans.

In 1903, the Wright brothers launched the age of aviation in Kitty Hawk, North Carolina, with their experimental flying machine. It connected the world, pushing the limits of what many believed possible.

Hyperloop Technologies co-founder and engineer Brogan BamBrogan wants to change the world again, with a ground transit system that would go faster than a commercial jet.

"We're kind of inventing a fifth mode of transportation which is no small task... by the end of next year we're going to have our Kitty Hawk moment," he said.

A team of engineers at Hyperloop Technologies is working on the futuristic system. It would move cargo and passengers through tubes on a cushion of air, at almost supersonic speeds in a near-vacuum. It could travel the roughly 400 miles from Los Angeles to San Francisco in about 30 minutes.

"We literally build a full-scale tube between any two destinations," BamBrogan said. "Then inside of that tube we have a pod that we can send either people or cargo very quickly."

The concept seemed more like science fiction when Tesla and SpaceX CEO Elon Musk unveiled design specifications for it in 2013.

"Short of figuring out real teleportation, which would of course be awesome..." Musk wrote, "...the only option for super-fast travel is to build a tube over or under the ground that contains a special environment."

BamBrogan worked with Musk at SpaceX, launching spaceships into orbit.

"[Musk] doesn't lack for a vision. That's for sure," BamBrogan said.

Musk, busy building rockets and electric cars, encouraged others to pursue his vision.

Two years ago, it was all theoretical. Today, BamBrogan and his team are designing and testing the actual mechanics.

"It feels like we're at exactly at the beginning of building out the next big global network, except it will be a network for people and things rather than for data," Lloyd said.

He said he expects the first functional Hyperloop system to be ready in the next few years.

"Three years from now, I believe that we'll be...designing and constructing the first two or three production Hyperloop systems in the world. Five years from now, we'll be moving goods and people," Lloyd said.

"It's hard for people to believe because they're putting into context the transportation systems they've been relying on and have been frustrated with for the last 30 or 40 years," he added.

There's little dispute that America's transportation system is overtaxed and outdated. California is the only state with a viable plan for high-speed rail comparable to the bullet trains of Europe and Asia. But the $68 billion project has gotten off to a slow start.

"I'm concerned that Hyperloop is being used as an argument against high-speed rail," said Jon Christensen, professor at UCLA Institute of the Environment and Sustainability. He said Hyperloop is exciting, but unrealistic.

"It doesn't really solve the bigger problem, which is that, how could you possibly embed this kind of technology within the complicated transportation systems that we already have in cities, and we're developing in our cities," Christensen said.

But Hyperloop Technologies is moving forward with plans to have a test track up and running next year, and it's not the only company working on Musk's vision. Similarly-named Hyperloop Transportation Technologies is set to build a five-mile prototype in a planned community about 160 miles north of Los Angeles. It would carry actual passengers, but at reduced speeds.

"Quite frankly, it's a race, and [Hyperloop Technologies] is going to win it," Lloyd said.

He's talking about more than just a transportation system.

It may long be a long shot, but Lloyd and BamBrogan believe their own Kitty Hawk moment is in sight.