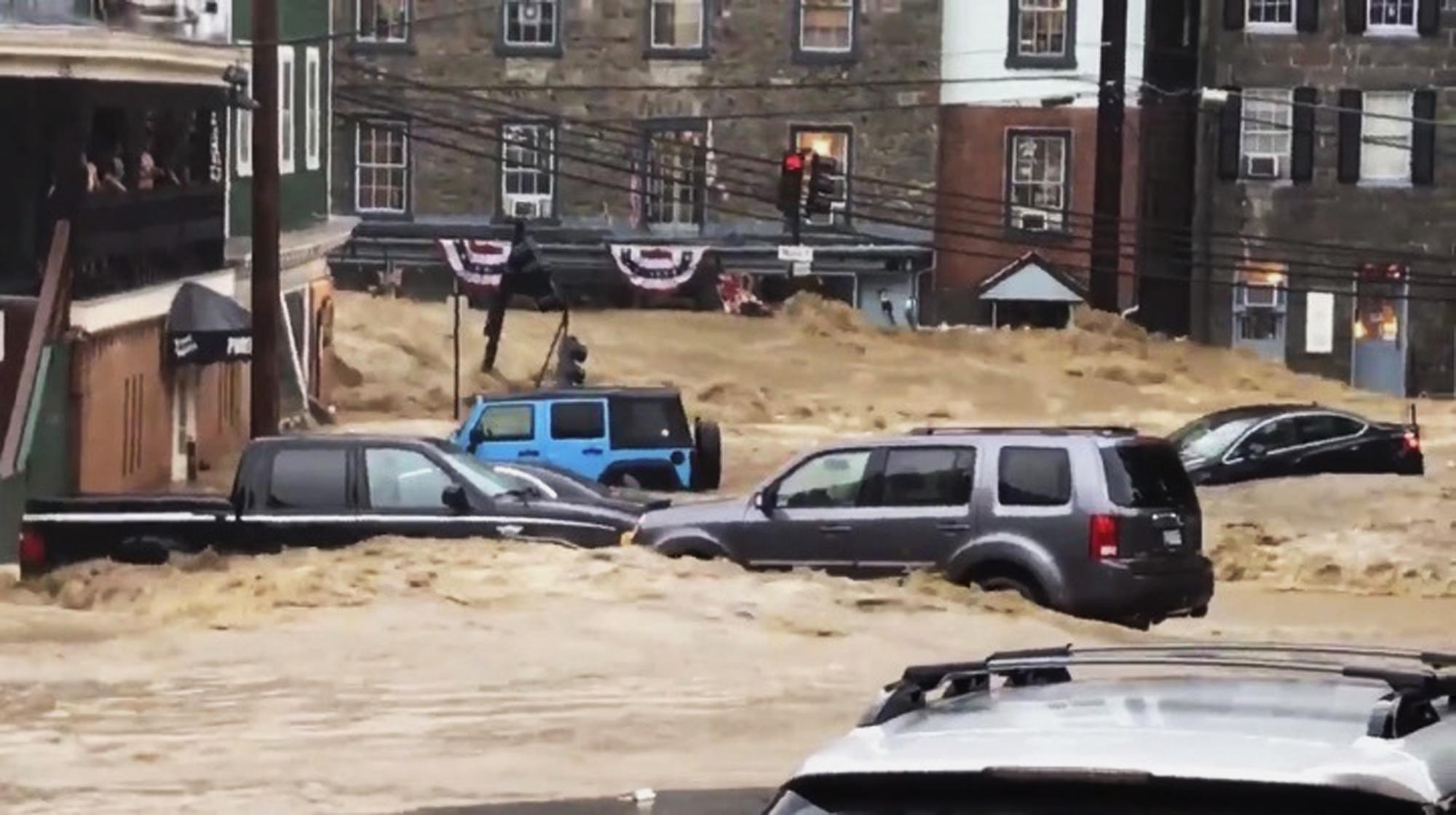 CBS News correspondent Jeff Pegues reports that Howard County officials confirm that there is one person missing. The missing man has been identified as Eddison Hermond, 39, of Severn, Maryland.

Eddison Hermond, 39, of Severn was reported missing around 12:30 a.m. Monday. Kenneth Josepha, a close friend of Hermond, told CBS News that Hermond was trying to help a woman locate her pet, but while trying to assist her, he was washed away on Main Street.

Howard County Executive Allan Kittleman said Monday morning that his priorities are finding the missing man and assessing the condition of buildings that house shops, restaurants and families. He said emergency workers are "making every effort to locate that individual."

Lt. Col. Charles Kohler, a spokesman for the Maryland Army National Guard, said Hermond is a sergeant assigned to the training department at the Camp Frettard Military Reservation in Reisterstown. He said Hermond was not on duty Sunday evening and had not had guard training during the weekend.

He said Hermond spent more than 10 years on active duty in the~ U.S. Air Force, starting in 1996. After a break in military service, he joined the Maryland National Guard in 2009.

As the floodwaters receded late Sunday, officials were only beginning the grim task of assessing the destruction.

Kittleman said the damage was significant and appeared to him to be worse than the flooding two summers ago.

Gov. Larry Hogan also toured the area and promised "every bit of assistance we possibly can."

"They say this is a once every 1,000-year flood and we've had two of them in two years," Hogan said.

The flooding Sunday swept away parked cars in Ellicott City, set along the west bank of Maryland's Patapsco River and about 13 miles west of Baltimore.

Jessica Ur, a server at Pure Wine Cafe on the city's Main Street, told The Baltimore Sun that she watched as gushing waters swept three or four parked cars down the street.

"It's significantly higher than it was before," she told the newspaper, comparing the floodwaters to those of 2016.

Mike Muccilli, a meteorologist with the National Weather Service in Sterling, Virginia, said it's too early to make comparisons between the two floods. But he said both were devastating.

"In a normal heavy rain event, you wouldn't see this amount of flooding, where you see cars floating down the road," Muccilli said. "This was a true flash flood."

Some people reported hearing a blaring alarm during the flooding. Others said they gathered in the second story of a building to anxiously watch the seething waters. One sight during the flood: a handmade, white flag hung from an upper story of a Main Street building bearing the letters SOS.

"If you are trapped, we are coming," the Howard County Department of Fire and Rescue Services tweeted at one point.

Some are already asking questions about whether enough was done after the last flood to prevent a similar catastrophe.

Hogan said temporary improvements were in place and more things were in the works to reduce the community's vulnerabilities. But he said big changes take time, and no one expected such a huge flood so soon after 2016.