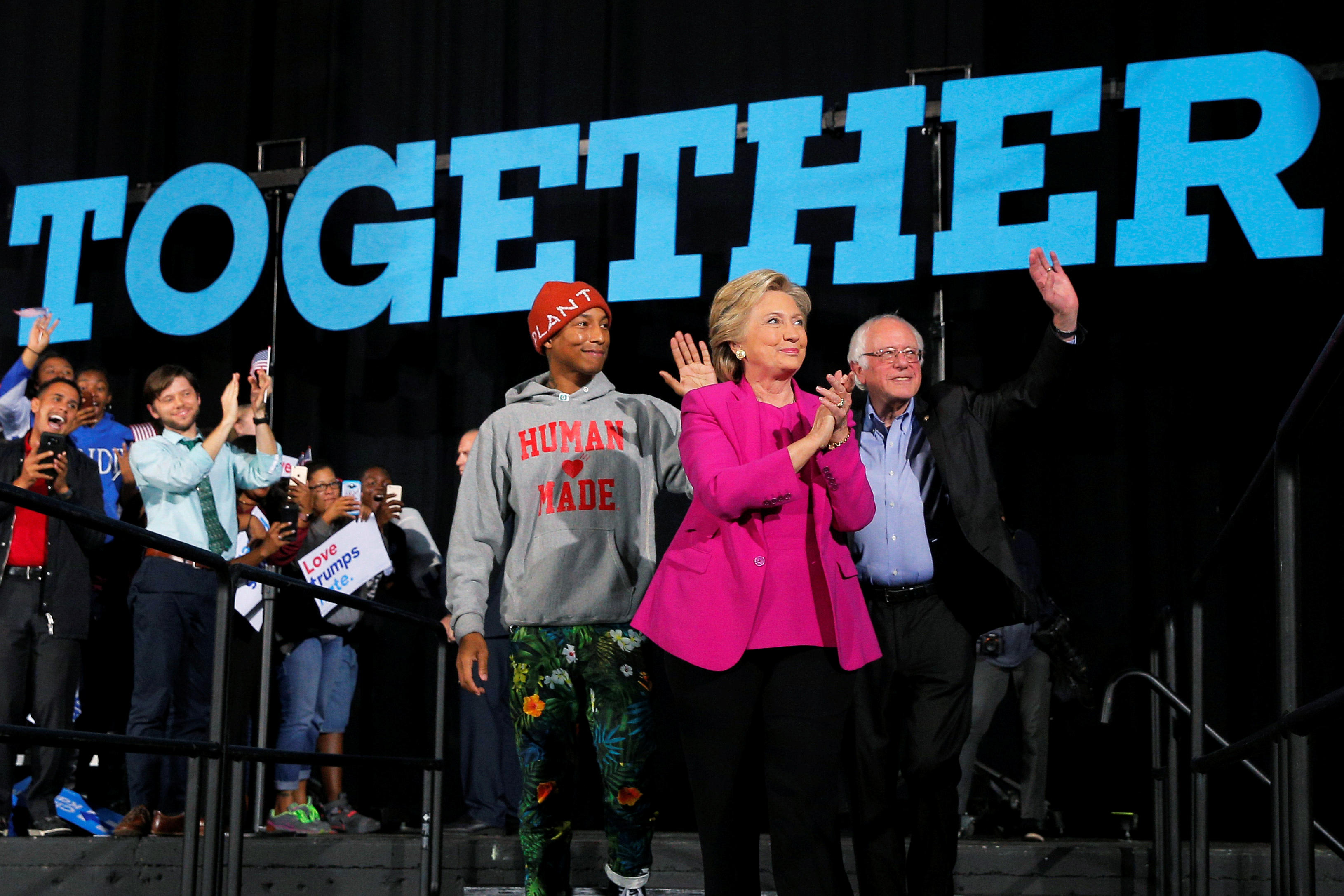 With four days to go until Election Day, Hillary Clinton will spend Friday on a whirlwind tour of three states, from Pennsylvania to Michigan to Ohio.

A source tells CBS News Beyoncé will join Jay Z and Clinton for a get-out-the-vote concert Friday in Cleveland.

At this point, it is less about changing minds than boosting turnout among the faithful, and so her campaign is looking for the most attention-grabbing ways to remind supporters to vote.

“I’m not here to defend Hillary. She’s a big girl, she can do that all by herself,” Pharrell said.

“This campaign is not a personality contest. We’re not voting for high school president,” Sanders said.

Clinton argued she’s got one presidential trait that is often underrated.

“Listening to hear your stories, what you’re worried about, and then working to bring people together,” Clinton said.

As she spoke, her longtime aide Huma Abedin hit a fundraiser in Washington on her behalf.

Abedin has not traveled with Clinton since last Friday, when the FBI director announced that agents would examine emails of hers, found on her estranged husband Anthony Weiner’s laptop.

CBS News has learned those emails are not duplicates of emails found on Clinton’s server when she was secretary of state.

Clinton makes a rare stop in a blue-leaning state today, Michigan -- a sign her campaign is still superstitious after her surprise loss to Sanders there in the primary.

Trump has made a last-minute play for Michigan’s white working class voters, visiting the state and sending his running mate and two family members there this week.

With four days to go, the latest CBS News/New York Times poll finds eight in 10 voters are over it -- and say the race has left them disgusted.

“I’ve had people say that they can’t sleep, that their stomachs are bothering them,” Clinton said.

In Miami, President Obama argued Trump is to blame for the country’s collective nausea.

“You have a chance to reject divisive politics and mean-spirited politics,” Mr. Obama said.

Yet Clinton is dealing with her own stomach-churning set of distractions in these closing days: more emails released by the State Department, renewed FBI interest in her case and Republicans vowing to investigate all of it for years if she wins.