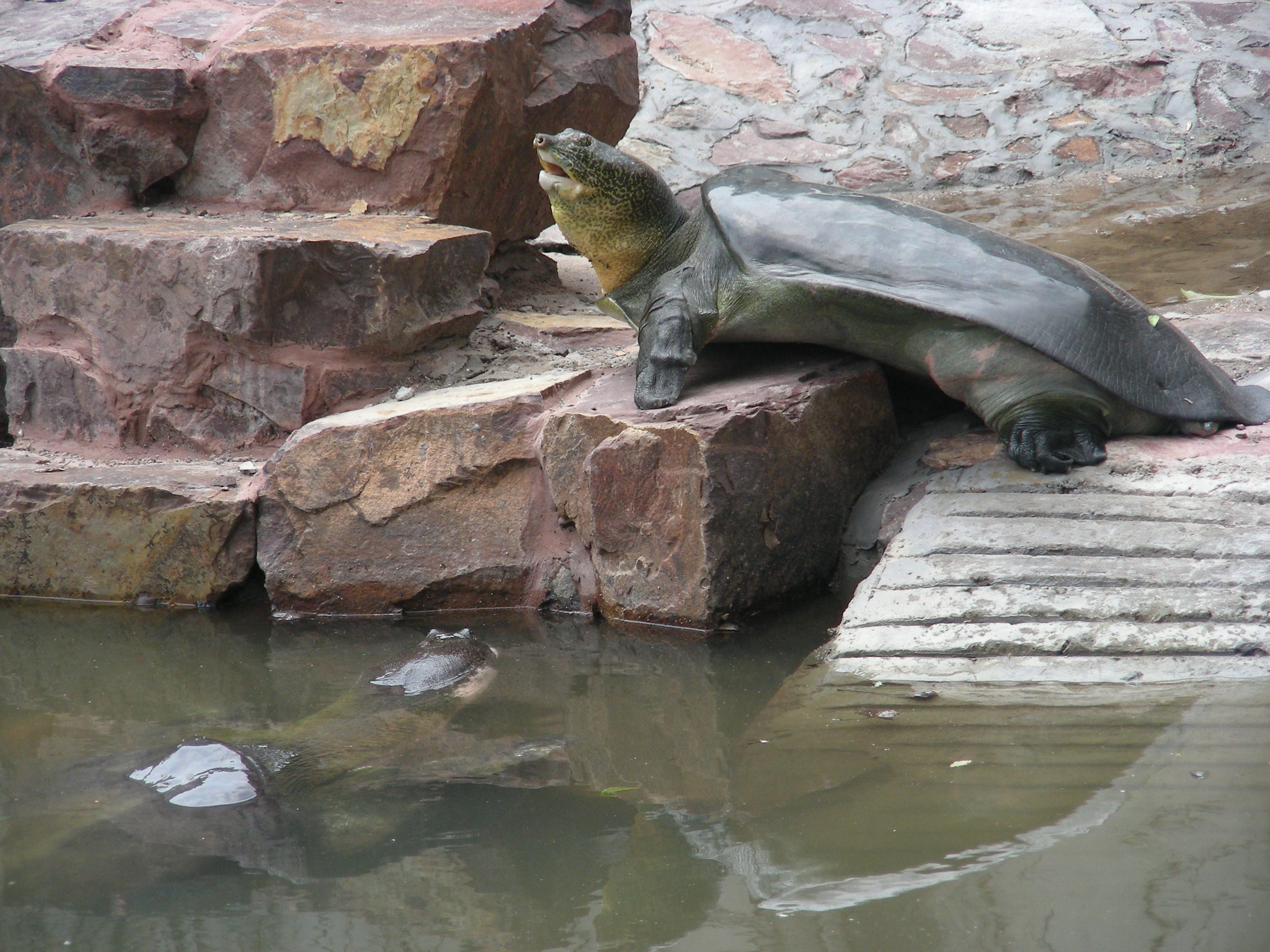 Conservationists were elated a few years back when they managed to get two endangered Yangtze giant softshell turtles - both believed to be around 100 years old - to mate.

It seemed to be the last hope for a species that had dwindled to four turtles, three of them male. They displayed courting behavior but her eggs never hatched.

So this year, scientists turned to a breeding method popular for captive pandas: artificial insemination. They announced this week that they had successfully collected semen from the male - no easy task in an elderly turtle - and successfully inseminated the female.

"It now appears that artificial insemination is the only possible option for the pair of Rafetus swinhoei in Suzhou Zoo to reproduce successfully," said Lu Shunqing, Wildlife Conservation Society China's reptile program director. "The fate of the most endangered softshell turtle of the world is now in the balance."

The scientists turned to artificial insemination for the first time for this species of turtle after it was determined the male's sex organs had been damaged, possibly in an earlier fight with another male.

"We had to find out if the last known male in China no longer produces viable sperm due to old age or an inability to inseminate the female," Gerald Kuchling, organizer of the artificial insemination effort and Rafetus breeding program leader for the Turtle Survival Alliance.

Listed as critically endangered by the International Union for Conservation of Nature, the Yangtze giant softshell turtle is the most critically endangered turtle in the world. Its status in the wild has long been recognized as grim, but extinction risk now is believed higher than ever. Much of its demise has been attributed to over-harvesting and the degradation of its freshwater habitat in China.

If she produces fertile eggs, it would end a difficult journey for a female turtle that had languished for years in obscurity. The female turtle's keepers at Changsha Zoo in southern China hadn't even known what kind of turtle she was or that she was the last remaining female.

Officials in 2007 responded to an urgent appeal sent to all of China's zoos in search of the Yangtze species, saying they had a female that looked like the turtle in the photo sent with the appeal.

They moved a male from another Chinese zoo 600 miles away and the courting began. At the time, artificial insemination was too risky. But after the female's eggs didn't hatch, they had no choice.

The procedure, which brought together top scientists from China, Australia and the United States, was deemed a success and both turtles are recovering. But the true test comes when she lays her eggs next month.

"The conservation world will once again be holding its collective breath until we know if this was successful," Fort Worth Zoo Biologist and Turtle Survival Alliance President Rick Hudson said. "The optimism we felt back in 2008 when the pair was mating and laying eggs has slowly faded as reality sank in that this pair would not breed without intervention."