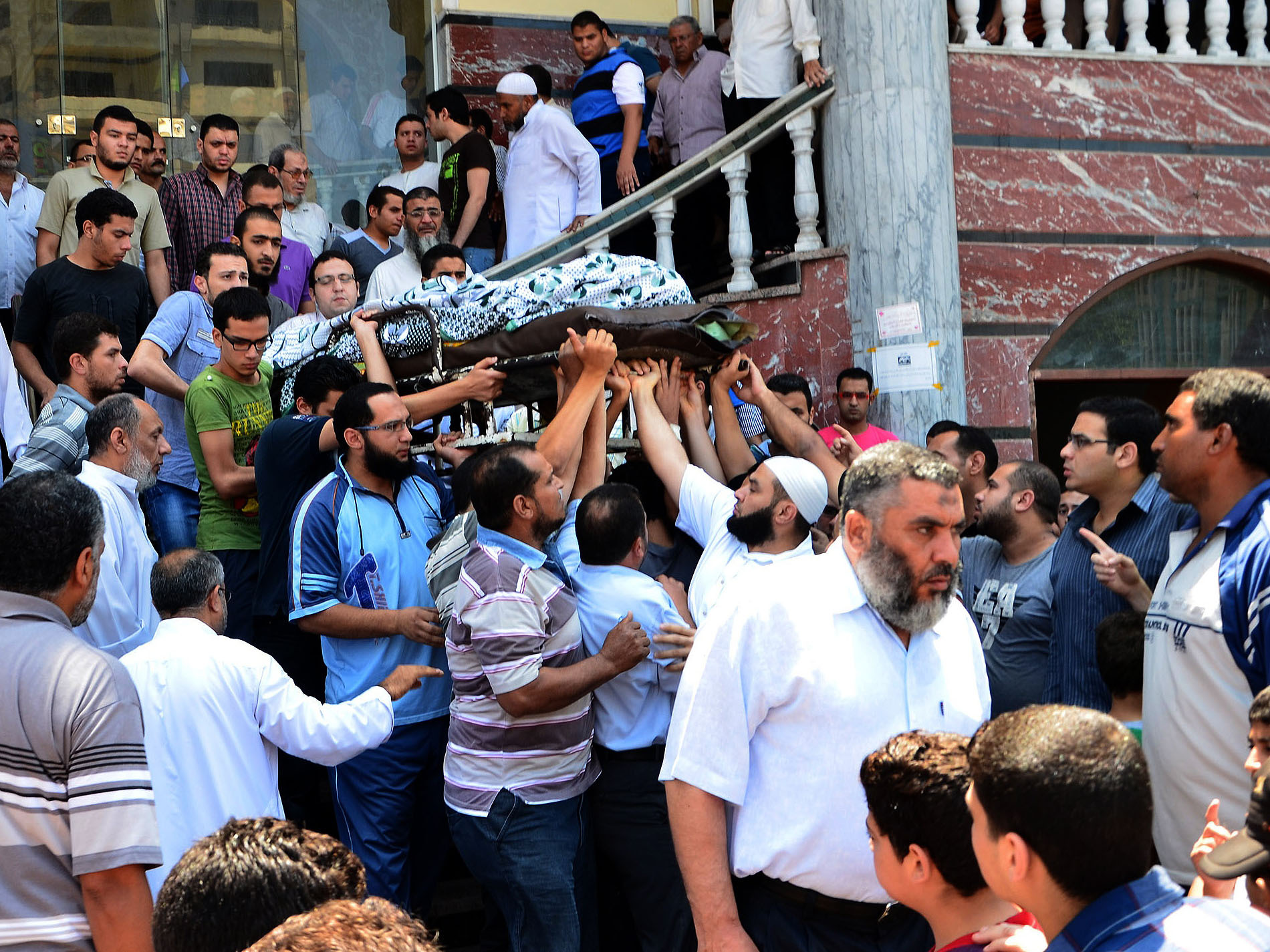 It is the latest push by the country's new leadership to move ahead with a military-backed timetable for a return to democratic rule despite determined protests by former President Mohammed Morsi's supporters over his ouster. The drafting of Egypt's constitution was one of the most divisive issues that came to characterize Morsi's first and only year in office.

His Muslim Brotherhood group has officially refused to negotiate with the new government, saying they are open for talks only after Morsi's reinstated. They say the only legitimate constitution is the one voted on and signed by Morsi last year.

Liberals twice walked out of committees drafting the charter under Morsi, complaining that his allies and his Muslim Brotherhood party dominated the process and stifled their suggestions.

Protests over the constitution and the direction of the country turned deadly after Morsi issued temporary decrees in late November that put himself and the drafting committee above judicial oversight. The charter was then finalized in a rushed overnight session and passed in a nationwide referendum. The military suspended the constitution after the July 3 coup.

In a decree Saturday, interim President Adly Mansour appointed the 10-member committee that will propose amendments to the constitution. The committee is comprised of six judges and four constitutional law professors.

Committee members have 30 days to suggest amendments. A second committee, comprised of 50 public figures including politicians, unionists and religious figures, then will have 60 days to review those amendments.

After that, citizens will vote on the proposed amendments in a referendum, according to the military-backed timetable. Parliamentary elections are to follow.

Unlike the previous drafting committee under Morsi, at least 20 percent of the second committee is to be represented by young Egyptians who helped galvanize street movements and women. Mohammed Abdel-Aziz, a leading figure in the Tamarod petition-drive that galvanized the massive street protests that led to Morsi's ouster, said his group has launched a new initiative to collect suggestions from Egyptians on the new constitution.

"We want to reach a constitution that is representative of the people's will," Abdel-Aziz told The Associated Press. He declined to comment on which articles the group wants amended.

Many youth activists say they want greater civilian oversight of the military an end to military trials of civilians enshrined in the constitution.

The Brotherhood says two were killed by gunshot and one died after suffocating on tear gas. Medical officials said they bodies were examined Saturday.

Meanwhile, prosecutors issued new arrest warrants Saturday for the Brotherhood's top figure, Mohammed Badie, and four others. The warrants accused them of inciting violence with police that led to the deaths of seven pro-Morsi supporters in Cairo this week.

Already seven Brotherhood leaders are under arrest in a heavily guarded prison. They have been accused, among other things, of inciting violence. Morsi has been held incommunicado at an undisclosed military facility since his ouster. He has not been charged with any crime.