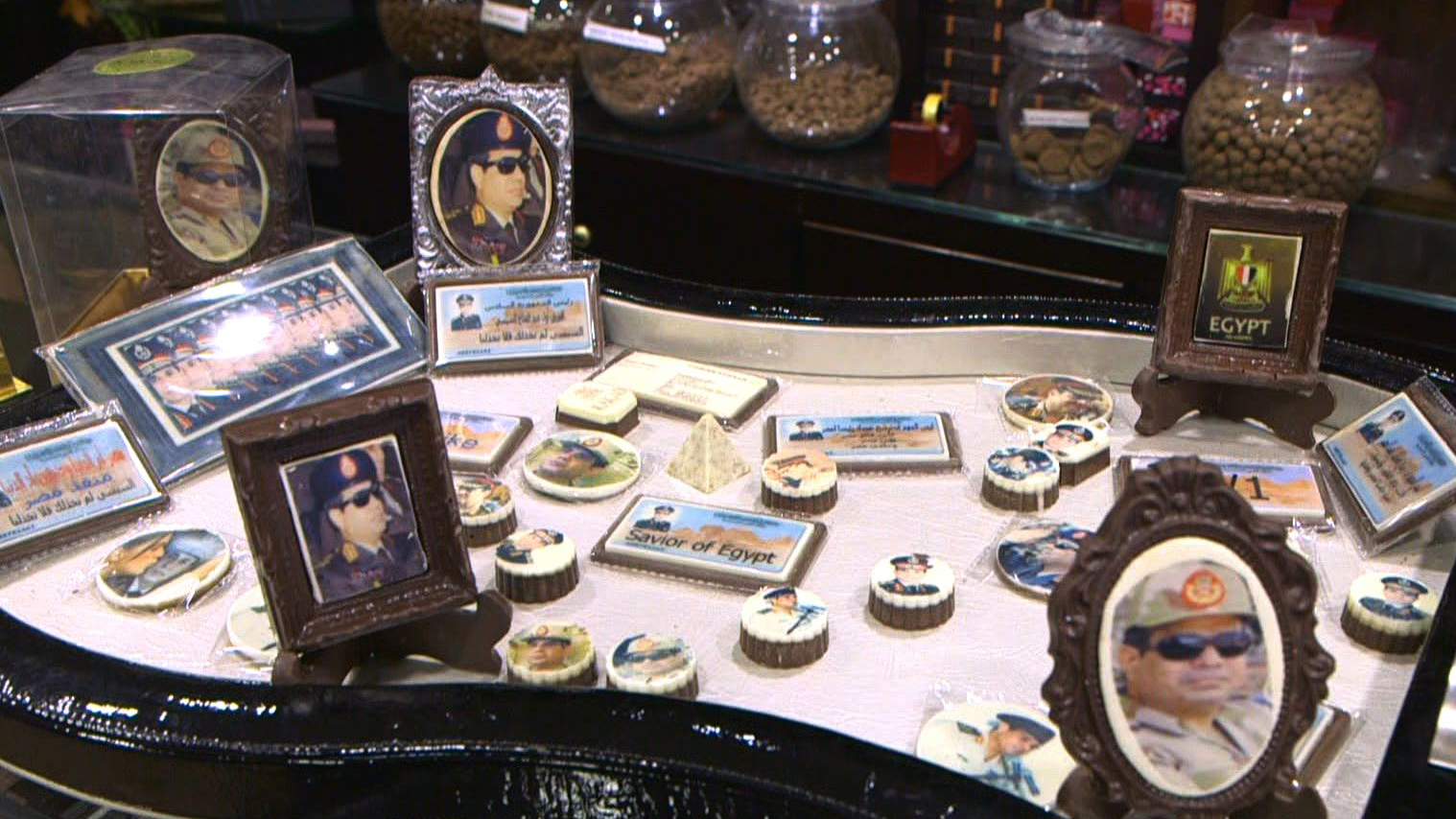 The man responsible for overthrowing Muslim Brotherhood President Mohammed Mursi this summer in Egypt is General Adbul Fattal al Sisi. He is the head of Egypt’s armed forces, as well as the country's defense minister and deputy prime minister, and he’s taking on a god-like status in the country, called “Sisi-Mania.”

Egypt’s airwaves are filled with songs that extol the defense minister's victory against what they call "the terrorists," and a recent editorial in the state newspaper rhapsodized about "his bronzed, gold skin," and "herculean strength."

There's even a Tumblr feed that tracks the most gushing tributes, such as a poster who hails Sisi as "the lion of the Egyptian army."

Sharif Bawal and his wife, Bahira Galal, run a chocolate shop in an upscale Cairo neighborhood. Their sales have sky-rocketed on the back of their unique Sisi chocolates, which come in a cornucopia of different shapes, sizes and flavors.

Sharif told CBS News’ Clarissa Ward they created the chocolates as a way of thanking Sisi.

"For us it was a kind of appreciation, that's all," he said.

Maha Abdulaziz is showing her appreciation in a different way. She is an organizer with a campaign called Finish the Job, which aims to have Sisi installed as Egypt's next president. Every night its members go out to collect signatures for their cause.

Abdulaziz claims to have 15 million already, and told Ward she won't stop until the general is president.

“He is very honest man and he very good man and he really Egyptian man. And a strong man and he loves all the Egyptians,” she said.

However, for many, “Sisi-Mania” is no laughing matter, as the military's crackdown on Muslim Brotherhood demonstrators this summer left nearly 1,000 people dead.

In a region with a rich history of military strong men, a presidential victory for the general may be a big loss for democracy in Egypt.