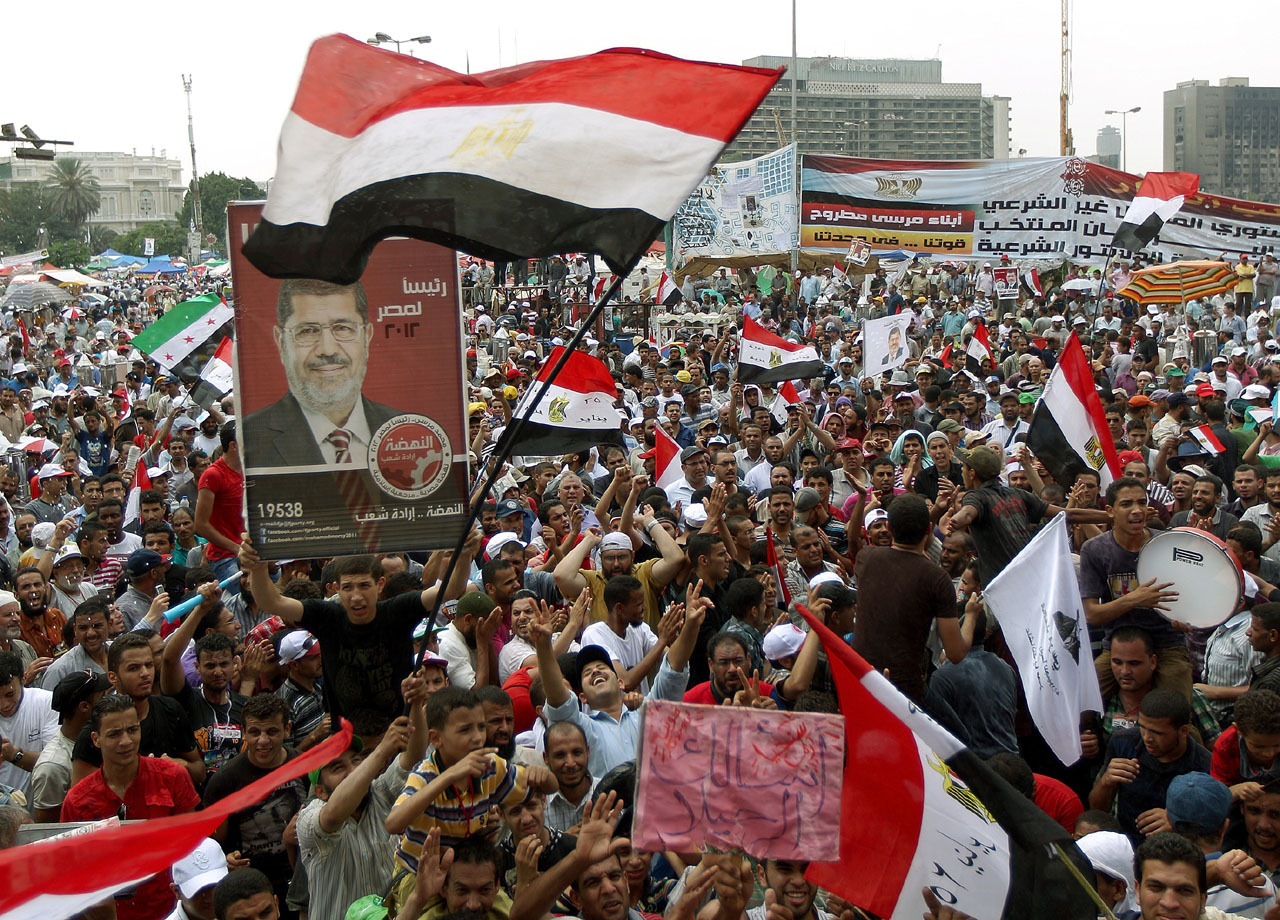 Farouk Sultan, the head of the Supreme Presidential Election Commission, confirmed the timing on Saturday.

Results of runoff vote between the Muslim Brotherhood's candidate Mohammed Morsi and a Mubarak-era politician Ahmed Shafiq were postponed last week as both campaigns claimed victory.

On Saturday Egyptian demonstrators continued their sit-in into a fifth successive day in protest against the disbanding of the Islamist-dominated parliament last week. They are calling for military leaders to rescind a constitutional declaration granting the generals sweeping powers and stripping the next president of much of his authority.

There is widespread fear of renewed violence if the Muslim Brotherhood's Mohammed Morsi is not declared the winner.

At stake is whether or not Egypt will emerge from the instability of the 16-month transition that followed Hosni Mubarak's 2011 overthrow, or whether the power struggles will continue or even escalate to a more dangerous level.

The Brotherhood announced soon after polls closed Sunday that it had beaten rival candidate Ahmed Shafiq, an ex-air force commander who many view as the military's preferred candidate, by 52 percent to 48 percent.

Shafiq has also claimed victory by a narrow margin.

The postponement of an official announcement set off a wave of charges of manipulation aimed at all sides, including the ruling military.

Saturday's strongly worded statement by a bloc of liberal parliamentarians comes after both candidates in the disputed presidential runoff claimed victory.

On Wednesday, U.S. Secretary of State Hillary Rodham Clinton demanded that the military "support the democratic transition, to recede by turning over authority."

The liberal parties thus accused the United States of putting pressure on the ruling military council to hand power to the Muslim Brotherhood.

The Brotherhood called for a mass protest on Friday to denounce what it called a power grab by the generals.

Three major Islamist groups said they would join the protest in Tahrir Square, birthplace of the uprising that forced Hosni Mubarak out of office last year.

Protesters were still in the square on Saturday morning, determined to see their demands met.

"The sit-in is open-ended until the reversing of the supplement constitutional declaration, until the cancelling of the latest ministerial decision that gives wide powers to military officers to arrest civilians and the cancelling the disbanding the parliament," said Saied Zaki a supporter of the Muslim Brotherhood.

In not announcing the results when scheduled, the military declared it was acting for "higher national interests" and vowed to crack down on any violence by any group unhappy with the eventual electoral outcome.

Egypt's media are demonizing the Muslim Brotherhood as the state's worst enemy, claiming the fundamentalist group plans to plunge the country into chaos if its candidate does not emerge as the winner from the presidential runoff.

The Muslim Brotherhood has said repeatedly that it would not resort to violence.

Brotherhood leaders said the ruling military council is holding the election results hostage as it bargains to maintain its lock on power.

Protester Walid Ahmed said the military council has too much to lose if it relinquishes its grip on power.

"The military is afraid to leave power because there are a lot of hidden mistakes they will be held accountable for," he said.

He added that protesters were concerned that if Shafiq won, the country would go back to where it was when the uprising began.