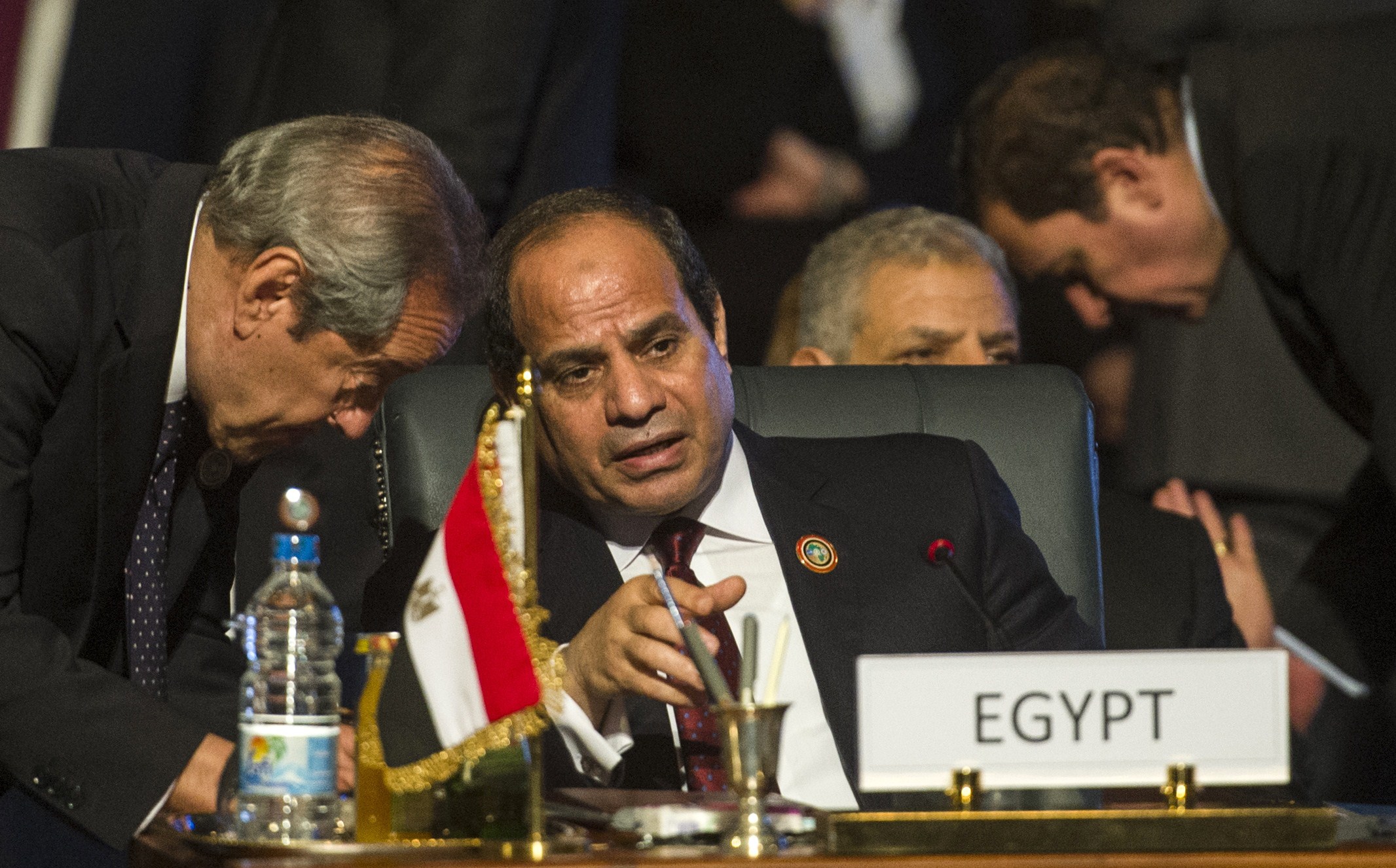 CAIRO -- Egyptian state media says President Abdel-Fattah el-Sissi has signed into law a new anti-terrorism bill which has prompted criticism from some politicians and rights groups.

The 54-article law, published on state news agency MENA Monday, defines terrorism broadly, describing it in one clause as any act that disturbs public order with force.

It also prescribes stiff jail sentences for a range of crimes, including promoting or encouraging any "terrorist offense," as well as damaging state institutions or infrastructure.

Egypt has not had a parliament for over two years, and legislative authority rests with el-Sissi. Any debate is largely through compliant media or behind closed doors.