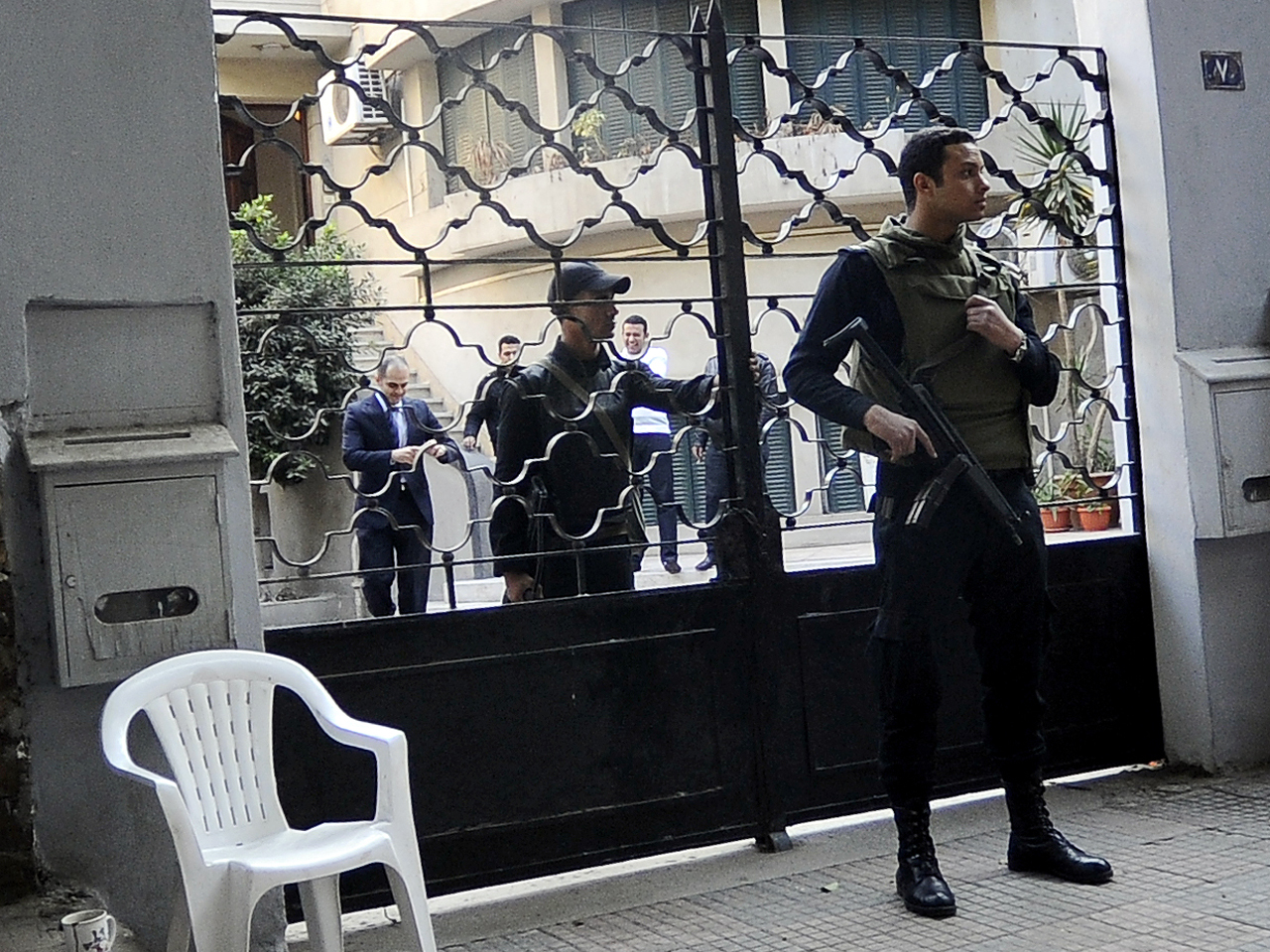 CAIRO - A top Egyptian official responsible for overseeing civil society groups on Sunday defended sweeps through the offices of 10 human rights and pro-democracy organizations, rejecting denunciations from the U.S., U.N. and Germany.

It was the first comment from the Egyptian government since the sweeps Thursday that targeted, among others, U.S.-based groups invited to observe Egypt's months-long election process.

Reports of heavily armed police and soldiers storming into offices, sealing the doors, rifling through files and confiscating computers set off a wave of international protest against Egypt's rulers.

International Cooperation Minister Faiza Aboul Naga defended the operation as a legitimate investigation into organizations suspected of operating without permits and receiving "political funding" against the law.

Aboul Naga pointed to repeated complaints from the judiciary and the ruling military about civil society groups accepting foreign funds to promote protests and instability and "influence public opinion in non-peaceful ways." She said the order to investigate the groups came from independent judges.

The military has pointed to "foreign hands" behind clashes with protesters who are demanding that the military hand over power to civilians. More than 100 people have been killed in the clashes since the military took over in February.

Rights groups dismiss the charges as an attempt to taint the reform movement that led to the ouster of longtime President Hosni Mubarak in a popular uprising that demanded democracy and human rights.

Aboul Naga, who was appointed by Mubarak and has survived numerous Cabinet reshuffles since his ouster, refused to call the coordinated security sweep a raid.

"This was not a raid or a storming or an attack. It was an investigation," she said. "There are foreign civil society groups that began operating without permission, which is totally outside the law."

Under Mubarak, the government rarely licensed pro-democracy and rights organizations, forcing them to work in a legal limbo. The situation has not changed since Mubarak's fall.

The U.S. said it received assurances that the sweeps would end. Defense Secretary Leon Panetta spoke by phone to the head of Egypt's ruling military council, Field Marshal Hussein Tantawi, to emphasize the importance the Obama administration places on the country's democratic transition and appreciation for the decision to stop the raids.

The State Department said Friday that U.S. Ambassador Anne Patterson spoke with members of the ruling military council and "received assurances that the raids will cease and property will be returned immediately."

However, Justice Minister Adel Abdel-Hamid said Sunday that property and bank statements would be returned only after a full investigation had been completed. He did not say how long the investigations could take.

He also said the investigations would look into whether these groups are behind the protests in Cairo's Tahrir Square, the focus of protests by Egypt's reformers.

Aboul Naga said that the 17 offices belonging to the 10 organizations investigated last week sprouted up across Egypt "behind the government's back" only after the Jan. 25 uprising that led to Mubarak's toppling. The International Cooperation minister also alleged that some of the organizations under investigation have received 200 million dollars since January, but she declined to name them or explain how the government believes the money was spent.

The National Democratic Institute said it had been operating in Egypt since 2005 "in an open and transparent manner, working to assist the efforts of political parties and civic organizations." Freedom House said it applied for permits three days before the sweep.

Also Sunday, the country's ruling generals announced that elections for the 390-member upper house, a primarily advisory body, will conclude in February rather than March. Voters will be electing 260 members, while the remaining third will be appointed by the generals.