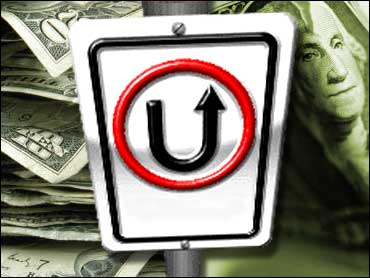 Fueled by government stimulus, the economy grew last quarter for the first time in more than a year. The question now is, can the recovery last?

Federal support for spending on cars and homes drove the economy up 3.5 percent from July through September. But the government aid - from tax credits for home buyers to rebates for auto purchases - is only temporary. Consumer spending, which normally drives recoveries, is likely to weaken without it.

If shoppers retrench in the face of rising joblessness and tight credit, the fragile recovery could tip back into recession.

For the Obama administration, the positive report on economic growth is a delicate one: It wants to take credit for ending the recession. On the other hand, it needs to acknowledge that rising joblessness continues to cause pain throughout the country.

Millions of Americans have yet to feel a real-world benefit from the recovery in the form of job creation or an easier time getting a loan. Even those with jobs are reluctant to spend. The values of their homes and 401(k)s remain shrunken.

President Barack Obama called the report "welcome news" in remarks prepared for a small-business group but acknowledged that "we have a long way to go to fully restore our economy" and recover from the deepest business slump since the 1930s-era Great Depression.

"The benchmark I use to measure the strength of our economy is not just whether our GDP is growing, but whether we are creating jobs, whether families are having an easier time paying their bills, whether our businesses are hiring and doing well," Mr. Obama said.

The rebound reported Thursday by the Commerce Department ended the record streak of four straight quarters of contracting economic activity.

The news lifted stocks on Wall Street. The Dow Jones industrial average jumped 200 points Thursday to recoup most of its losses for the week. It was the best day for the Dow since July 15.

But whether the recovery can continue after government supports are gone is unclear. Many economists predict economic activity won't grow as much in the months ahead as the bracing impact of the government's $787 billion package of increased government spending and tax cuts fades.

"The positive GDP report tells us the recession ended this summer and the recovery has begun. It does not tell us that we are recovered," economist Lakshman Achuthan told CBS News correspondent Anthony Mason.

For many businesses, the strategy is still caution, reports Mason.

The National Association for Business Economics thinks growth will slow to a 2.4 percent pace in the current October-December quarter. It expects a 2.5 percent growth rate in the first three months of next year, although other economists believe the pace will be closer to 1 percent.

Christina Romer, Obama's chief economist, has acknowledged that the government's stimulus spending already had its biggest impact and probably won't contribute to significant growth next year.

Spending on housing last quarter was positive for the first time since the end of 2005. The government's $8,000 tax credit for first-time home buyers supported the housing rebound. Congress is considering extending the credit, which expires Nov. 30.

Federal government spending rose at a rate of 7.9 percent in the third quarter, on top of a 11.4 percent growth rate in the second quarter. And businesses boosted spending on equipment and software at a 1.1 percent pace, the first increase in nearly two years.

Third-quarter activity also was helped by increased sales of U.S.-made goods to customers overseas, as economies in Asia, Europe and elsewhere improved. The cheaper dollar is aiding U.S. exporters, making their goods less expensive to foreign buyers. Exports of U.S. goods soared at an annualized rate of 21.4 percent in the third quarter, the most since the final quarter of 1996.

Businesses, meanwhile, reduced their stockpiles of goods less in the third quarter, after slashing them at a record pace in the second quarter. With inventories at rock-bottom levels, even the smallest increase in demand probably will prompt factories to boost production. This restocking of depleted inventories is expected to help sustain the recovery in the coming months, economists said.

Still, with unemployment at a 26-year high of 9.8 percent and credit hard to get, the recovery faces obstacles.

"Even if we've turned the corner, we know it's a long way before we're completely recovered," Christina Romer, chair of the White House Council of Economic Advisers, said in an interview with The Associated Press. "You can't have an unemployment rate of 9.8 percent and not be deeply troubled."

Economists say the jobless rate probably nudged up to 9.9 percent in October and will go as high as 10.5 percent around the middle of next year before declining gradually. The government is scheduled to release the October jobless rate report next week.

The Labor Department said Thursday that newly laid-off workers seeking unemployment insurance to a seasonally-adjusted 530,000. Analysts expected a drop to 521,000.

The number of people continuing to claim benefits, fell by 148,000 to 5.8 million, steeper than analysts expected. Those figures lag initial claims by a week.

"We're not really expecting a real, a real sharp recovery in the jobs, in the job numbers for some time," Ann Bovino, of Standard & Poors, told CBS News.

With joblessness growing and wages dipping slightly in the third quarter, consumers are expected to turn more restrained in the months ahead. That would put a much heavier burden on America's businesses to keep the recovery going.

"We're beginning to crawl out a very deep hole," said economist Ken Mayland, president of ClearView Economics. "It will take time to get back to normal again and there are questions about how consumers will hold up in the months ahead. But I think the recovery will be sustained."

To foster the recovery, the Federal Reserve is expected to keep a key bank lending rate at record low near zero when it meets next week and probably will hold it there into next year. With the economy on the mend, the Fed has slowed some emergency support programs but doesn't want to pull the plug until the recovery is on firm footing.

Even with the economy climbing back into positive territory in the third quarter, it's up to another group to declare the recession over. The National Bureau of Economic Research, a panel of academics, is in charge of dating the beginning and ends of recessions. It usually makes it determinations well after the fact.