The economic recovery gained traction in the late fall as shoppers spent a bit more and factories bumped up production, according to a Federal Reserve survey released Wednesday.

The Fed's latest snapshot of business barometers nationwide found that "economic conditions have generally improved" since the last report in late October.

The other four regions - Philadelphia, Cleveland, Richmond and Atlanta - described conditions as "little changed" or "mixed."

The new report adds to evidence that the economy is back on its feet, after being knocked down by the worst recession since the 1930s.

The main challenge for Fed Chairman Ben Bernanke, who will be on Capitol Hill Thursday seeking confirmation for a second term, is to keep the fledgling rebound going, especially after the bracing impact of government supports fade next year.

To that end, the Fed is expected to hold a key bank lending rate at a record low near zero when its meets on Dec. 15-16. Economists predict the Fed will keep rates at super-low levels well into next year.

With Wednesday's survey also finding that inflation remains under control, the Fed has leeway to hold rates at record-lows. The Fed hopes that will entice people and businesses to step up spending, which would bolster the economy.

Although the jobs market remains lousy, the Fed survey found some scattered signs of improvement in some markets.

In the Boston region, some businesses were starting to hire and reverse pay cuts or wage freezes implemented earlier in the year. The St. Louis region noted that the service sector recently started to expand.

Still, holiday hiring expectations nationwide were mixed, the Fed report said. And most private economists predict that even as the pace of massive job losses slow, the nation's unemployment rate

now at a 26-year high of 10.2 percent - will continue to climb into next year. Some predict it will rise as high as 11 percent by the middle of 2010 before slowly drifting down.

The Fed warned last week that it could take five or six years for the job market to return to normal.

That's why Bernanke and others think that consumers - while appearing to hold up fairly well now to all the negative stresses - may turn more cautious in the months ahead, restraining the recovery. 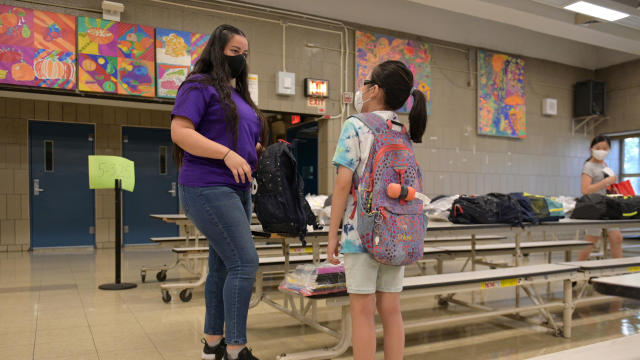 Tips to help protect kids from COVID when schools reopen

Parents should have their child wear a mask and send them to school with wipes and hand sanitizer, Dr. Dyan Hes said.