The index of leading indicators was unchanged again in September, a sign that the economy is holding steady, the Conference Board said Tuesday.

The index was unchanged in August as well, the private business research group said.

"The economy will be hard-pressed to match the robust growth posted the past few years," said Michael Boldin of the Conference Board. However, "rising consumer spending and low interest rates should keep us out of a recession."

The leading index is designed to predict economic conditions six to nine months in advance. The coincident index, designed to measure current conditions, was also unchanged in September.

Five of the 10 components in the leading index fell in September, four rose and one was unchanged. The most significant decreases were in stock prices, the interest-rate spread and building permits. The biggest positive contributor was the money supply.

The board said the three indexes point to a "slowing, but still healthy economy." The coincident index indicates an economy growing at about 2 percent to 2.5 percent in the third quarter, compared with the 3.3 percent growth reported last week by the government.

The moderation in the lagging index gives "less reason to worry that cyclical imbalances will soon jeopardize the economy's stability," the board said.

"It is premature to predict a recession based on the leading indicators," the board said.

In a separate report, the Bank of Tokyo-Mitsubishi said its weekly chain store sales index fell 1 percent in the latest week. Michael Niemira, chief economist at BTM, said October comparable store sales look to grow about 3.5 to 4 percent when they're reported Thursday. 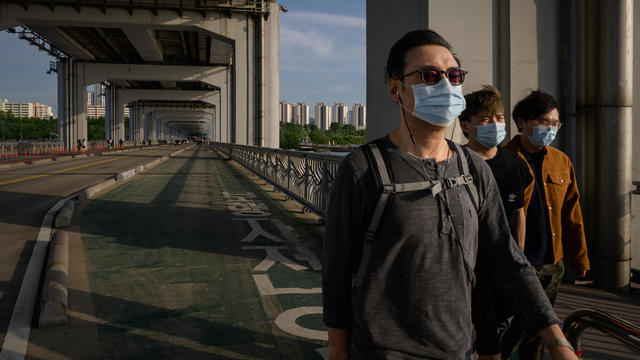