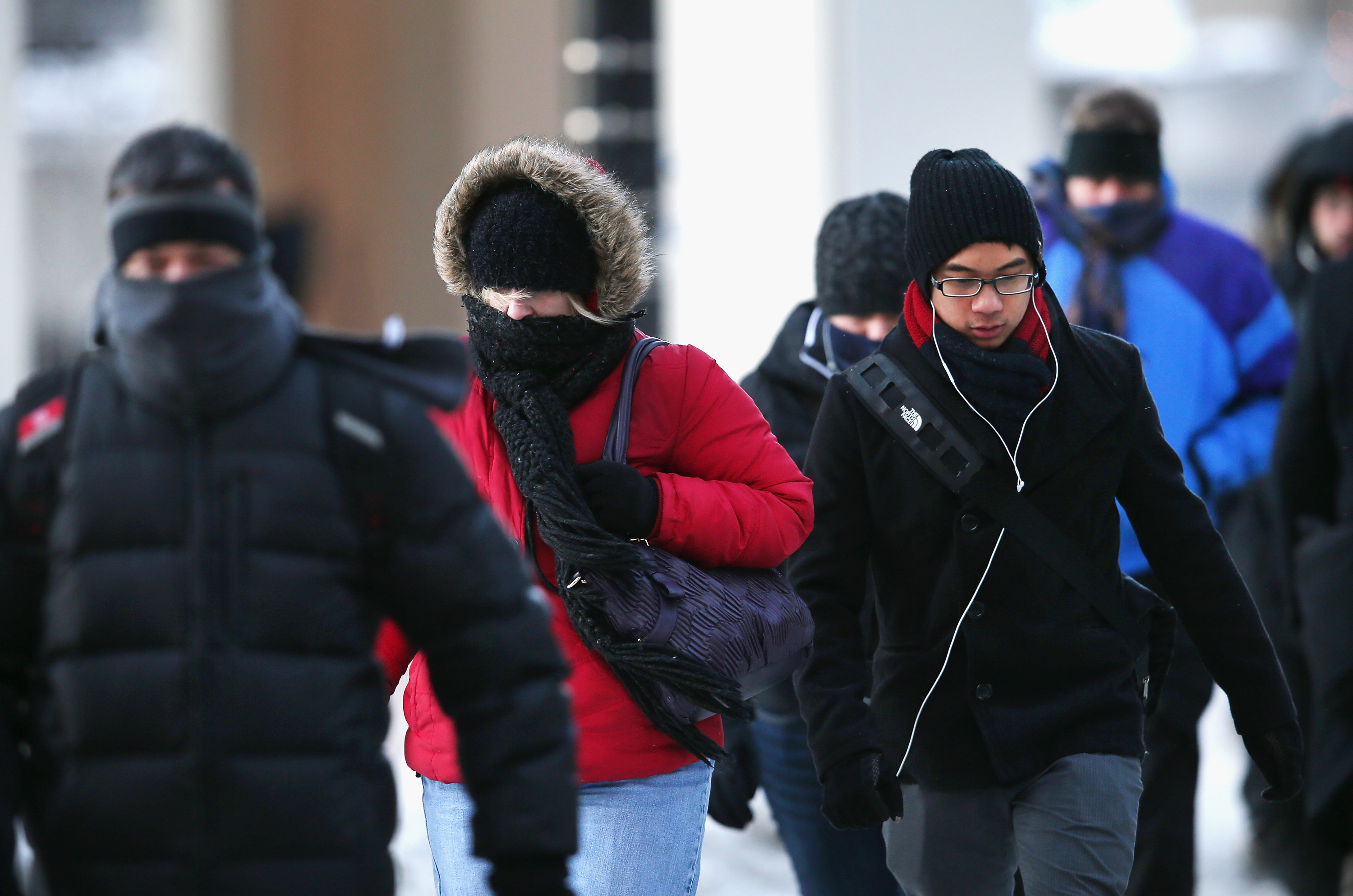 Here's some good news about the so-called polar vortex, which has sent temperatures tumbling to record lows across the country this week: It's not a big deal economically.

Business weather forecaster Planalytics estimates that the U.S. economy took a roughly $5 billion hit because of the frigid weather stemming from lost productivity, higher heating bills and a drop in consumer spending. The cost of flight cancellations is expected to reach $1.4 billion.

Those losses reflect the enormous area affected by the polar vortex. The Arctic air mass moved across the Central Plains, Midwest, Southeast and Northeast, as well as eastern Canada, with more than 200 million people forced to cope with the frigid temperatures.

"Colder-than-normal weather tends to be a drag on economic activity, in particular in weather-sensitive areas such as construction," said Goldman Sachs (GS) in a research note.

Despite the adverse impact on households and businesses, the setback is a drop in the bucket for the $17 trillion U.S. economy. As a result, experts predict the damage will be short-lived.

Bigger weather events, such as Superstorm Sandy in 2012, can have two to three times the economic impact of the recent cold snap because their effects were longer lasting, according to Nariman Behravesh, IHS Global Insight.  He estimates that the cold weather shaved between 0.1 percent to 0.2 percent off economic growth in the first three months of the year, a dip that can easily be made up in later quarters.

"There wasn't a lot of damage to infrastructure as far as we can tell," he said, adding that he expects the economy to recover from the polar vortex in a matter of days.
The frigid temperatures may cause a blip in some economic data. Construction projects shut down when the weather becomes unusually cold or will use fewer workers, said Gus Faucher, senior economist with PNC Financial Services Group.

Whatever impact the deep freeze had on the economy, it won't show up in the U.S. Labor Department's jobs report for December, due out Friday. That because the surveys on which the monthly report is based were completed prior to the cold front moving in.

Goldman Sachs estimates that the cold weather could cause payroll gains last month to come in below forecasts. Any effects on the labor market also could show in later economic releases.