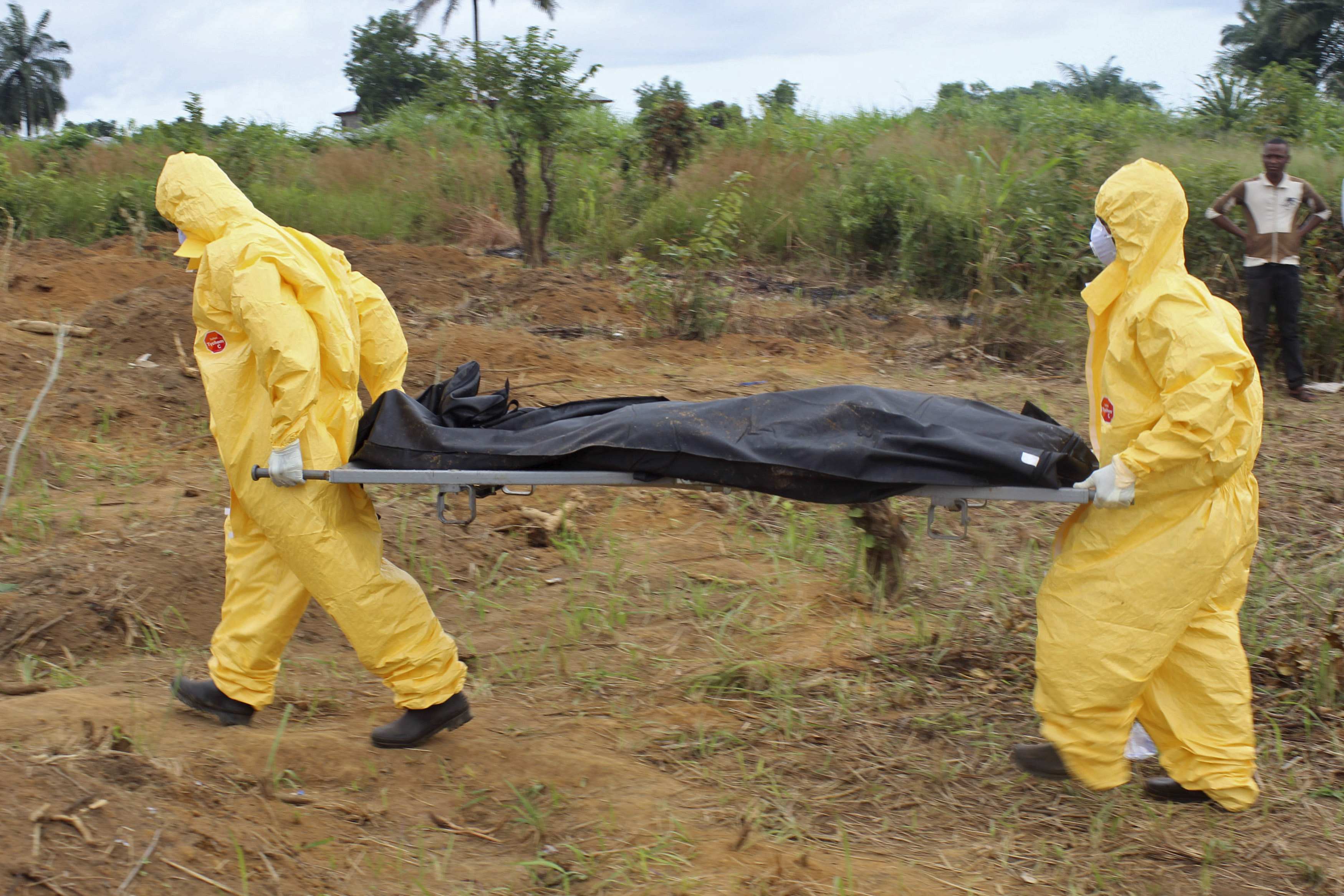 One year into the world's worst Ebola outbreak, doctors are reporting an encouraging sign: About 70 percent of patients in a hard-hit area of Sierra Leone now survive.

The Ebola death rate has fallen even though there are no specific medicines or vaccines to fight the virus. The outbreak began last December in the West African country of Guinea, but it wasn't recognized until last spring. There have been nearly 20,000 cases and more than 7,500 deaths, mostly in Liberia, Guinea and Sierra Leone, the World Health Organization estimates.

In a letter published online Wednesday by the New England Journal of Medicine, Dr. Kathryn Jacobsen of George Mason University in Fairfax, Virginia, and other doctors tell of 581 patients taken to an Ebola treatment center that opened near Sierra Leone's capital, Freetown, in late September.

They were given antibiotics, malaria medicines, ibuprofen for pain and fever, intravenous nutrients, anti-nausea medicine and other supportive care. About 31 percent died, including 38 people who were dead when they arrived. Among those admitted more recently, since Nov. 5, mortality was less than 24 percent.

That is much lower than the 74 percent death rate other doctors reported for 106 patients who were treated in the eastern Sierra Leone town of Kenema, in May and June, when some health workers were on strike and response to the outbreak was in crisis mode. According to government officials, already 10 of 11 doctors in country infected with the virus have died.

The new results are cause for "cautious optimism" that access to care may be improving survival, said one author of the earlier report, Tulane University's Dr. Daniel Bausch. But they are not from a clinical trial or experiment, so the value of any specific treatment is not known, he said.

In some previous Ebola outbreaks, survival has improved as time goes on and cases are detected and treated sooner. The pace of this outbreak also has slowed, and there have been far fewer cases than health officials had predicted. In September, the Centers for Disease Control and Prevention gave a worst-case scenario estimate of as many as 1.4 million cases by mid-January without more help in the region. Last month, the agency said that projection won't happen.

The CDC's director, Dr. Thomas Frieden, just returned from his second trip to Ebola-stricken countries, and said "there's been a world of difference" since his first visit several months ago.

"There's been real momentum and real progress," although there is still a long way to go to ending the outbreak, he said on a telephone briefing Monday. "The challenge is not to let up."

In an editorial, the medical journal said the same.

"It is painfully clear that the world's initial handling of this dangerous outbreak was far from optimal, but we now appear to be making progress in the battle," the editors write.

But they say big medical centers in the U.S. "have sat largely on the sidelines" and need to make it easier for their staffs to help fight Ebola in Africa.

There are no specific drugs or vaccines to fight Ebola, but some experimental ones are being readied for testing. Doctors also recently started using the blood of Ebola survivors to treat new cases in Africa.