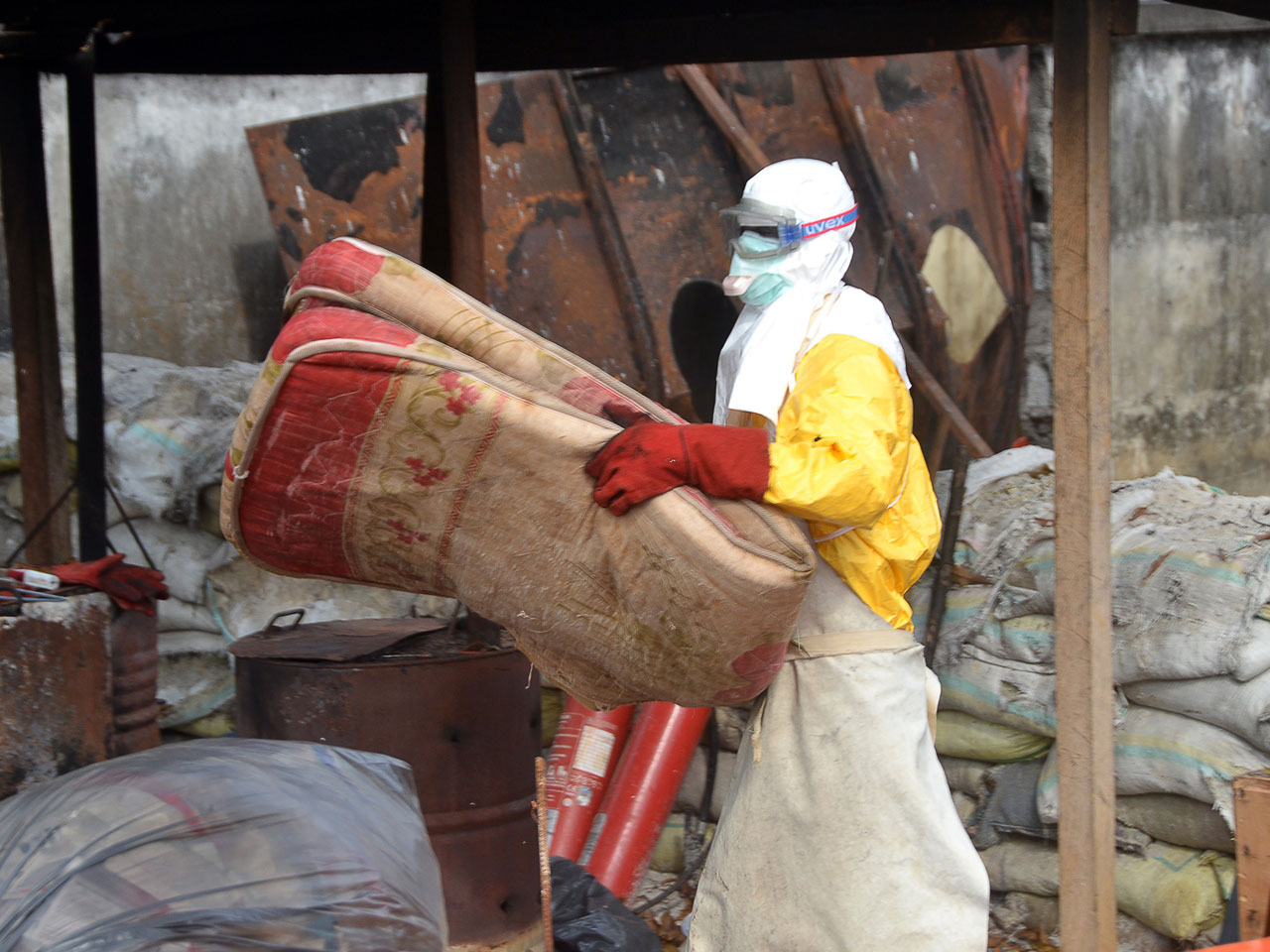 FREETOWN, Sierra Leone - Ebola surveillance teams fanned out Wednesday in Sierra Leone's capital to search for sick people, as the president imposed new restrictions on movement and gatherings in a bid to stop the disease's spread.

President Ernest Bai Koroma launched "Operation Western Area Surge" in a national broadcast, promising that treatment beds, labs and ambulances are ready to handle new cases. He reiterated that Christmas and New Year's celebrations are canceled and also banned public gatherings during the holidays and movement between districts.

"I know that this is the festive season where Sierra Leoneans often celebrate with families in a flamboyant and joyous manner, but all must be reminded that our country is at war with a vicious enemy," he said.

Sierra Leone has repeatedly quarantined hot spots and once locked down the entire country to ferret out the sick, but infections continue to rise and the disease is now whipping around Freetown and its surroundings. People do not have to stay in their homes during the 14-day operation.

Ebola has sickened around 18,500 people. But infection rates have begun to stabilize or decline in Guinea and Liberia, the other two countries hit hard by Ebola.

Still, Tom Frieden, head of the U.S. Centers for Disease Control and Prevention, warned against comparing Sierra Leone to Liberia. Ebola hit the Liberian capital early in the outbreak and cases surged there this summer, while the disease first struck rural Sierra Leone.

There is no need to send U.S. troops to Sierra Leone, said Frieden, who was visiting the country Wednesday. American troops are building treatment centers in Liberia, while British troops are helping in Sierra Leone.

"The fight is going to be long and hard to get to zero cases, which requires individuals to come forward," said Frieden.

Ebola has hammered the economies of the three most-affected countries, and the number of people facing hunger could double to more than 1 million by March, the United Nations said Wednesday. The World Food Program has fed more than 2 million people in the region, including the estimated 500,000 people facing severe food insecurity.