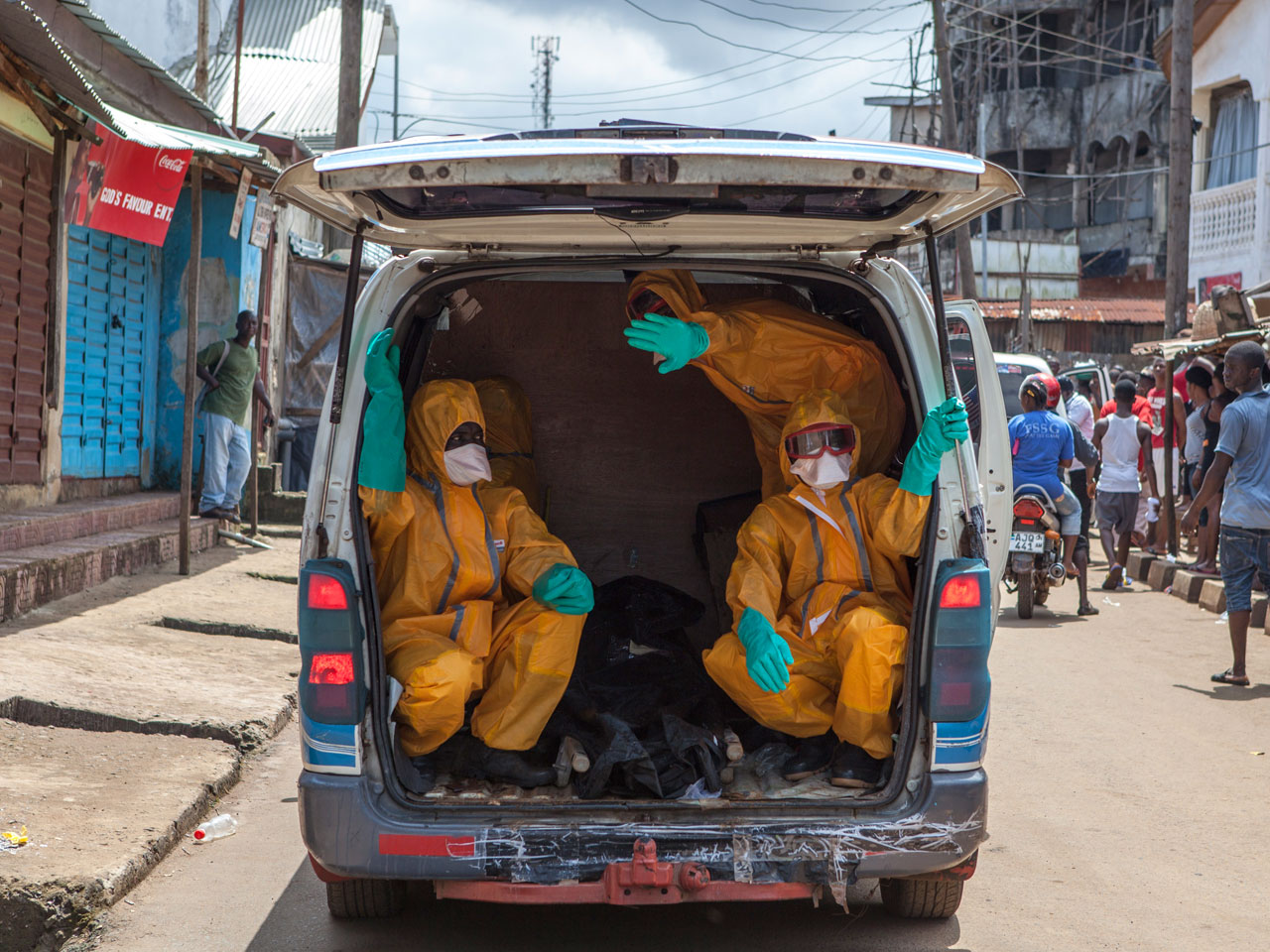 DAKAR, Senegal -- Thousands of people in Sierra Leone are being forced to violate Ebola quarantines to find food because deliveries are not reaching them, aid agencies said.

Large swaths of the West African country have been sealed off to prevent the spread of Ebola, and within those areas many people have been ordered to stay in their homes. The government, with help from the U.N.'s World Food Program, is tasked with delivering food and other services to those people. But there are many "nooks and crannies" in the country that are being missed, Jeanne Kamara, Christian Aid's Sierra Leone representative, said Tuesday.

The Ebola outbreak in West Africa has killed nearly 5,000 people and authorities have gone to extreme lengths to bring it under control, like the quarantines in Sierra Leone. The country said Tuesday that it would keep a state of emergency, which includes restrictions on large gatherings, in place for a full year.

Similar measures have also been used in Liberia and Guinea, the two other countries hardest hit by the epidemic. The World Health Organization says Ebola is believed to have killed more than 600 people in Sierra Leone.

While public health authorities have said such measures may be necessary to bring under control an Ebola outbreak unlike any other, the Disasters Emergency Committee, an umbrella organization for aid organizations, warned on Monday that they were cutting off food to thousands of people.

"The quarantine of Kenema, the third largest town in Sierra Leone, is having a devastating impact on trade - travel is restricted so trucks carrying food cannot freely drive around," the committee said in a statement. "Food is becoming scarce, which has led to prices increasing beyond the reach of ordinary people."

Because services are not reaching them, people who are being monitored for signs of Ebola - and should be staying at home - are venturing out to markets to look for food, potentially contaminating many others, said Kamara.

When houses are put under quarantine, teams are supposed to go to them to list all their needs, she said: How many people are living there? Are there pregnant women or sick people with special needs? But Kamara said that with the infections still increasing quickly, it was difficult for the government to keep up with the number of people being monitored for the disease.

"The number is just rising exponentially," she said. "The speed with which we have to have such a robust system of planning and coordination" is too fast.

In October, the World Food Program fed more than 450,000 people in Sierra Leone, including people who are under quarantine or being treated for Ebola, said Alexis Masciarelli, a spokesman for the agency in Dakar, Senegal. The distribution of food has been difficult, he said, since it has required bringing food to remote areas by poor roads. Pick-up trucks have driven around some communities to do door-to-door handouts.

He acknowledged that getting good information about where people need help is difficult, but he said WFP asks smaller organizations, with deep connections to the communities, to help them keep track of a fast-moving situation.

On Monday, authorities said a doctor in Sierra Leone died of Ebola - the fifth local doctor in the West African nation to die of the disease.