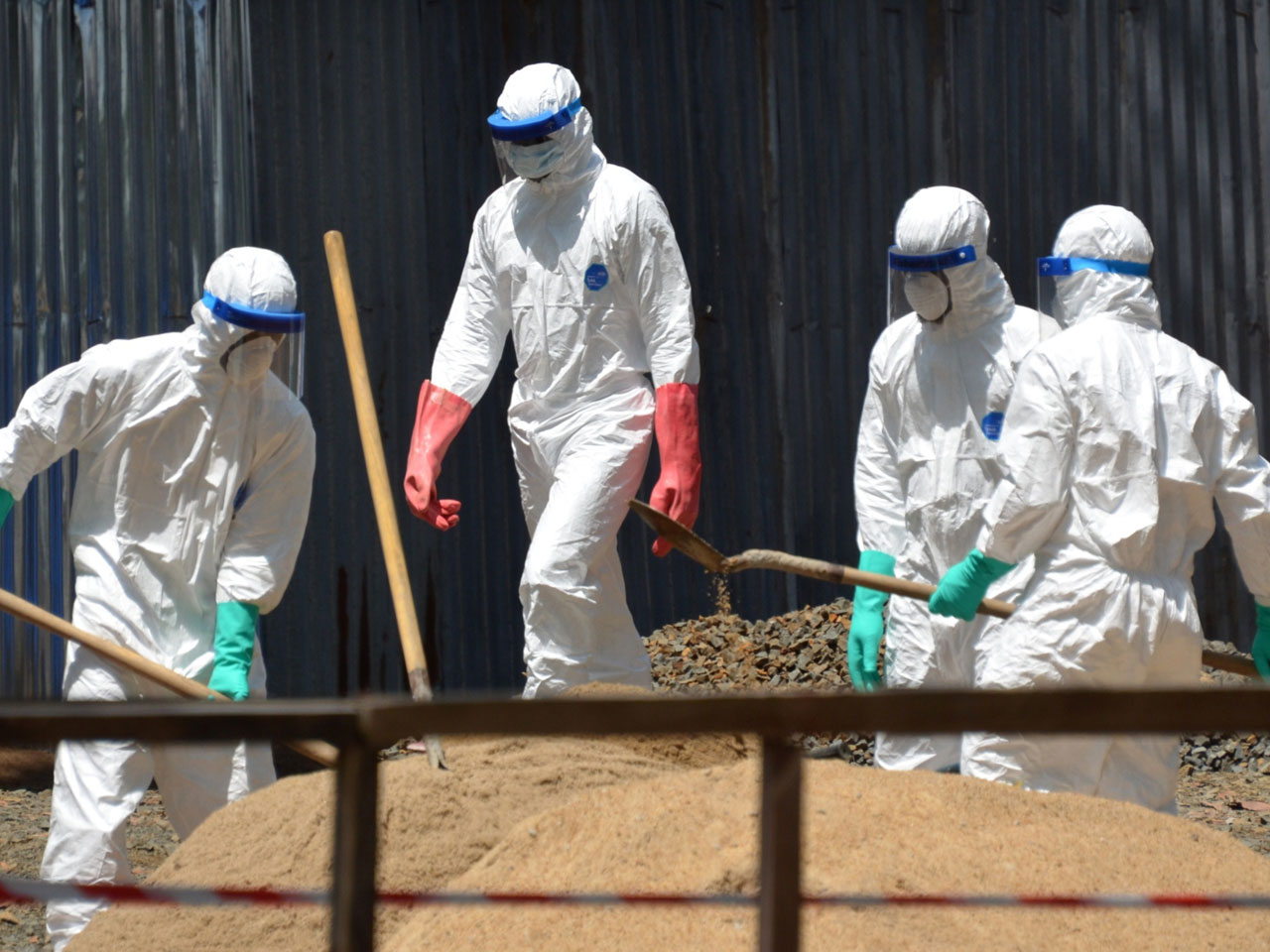 ADDIS ABABA, Ethiopia - More than 5,000 additional health care workers are needed to fight Ebola in the three most affected countries in West Africa, the president of the World Bank said Tuesday.

Jim Yong Kim said he is worried about where those health care workers can be found given the Ebola fear factor. The World Bank president spoke in Ethiopia alongside U.N. Secretary-General Ban Ki-moon and African Union chairwoman Nkosazana Dlamini-Zuma.

Ban said the transmission of the virus continues to outpace the international community's response. He appealed for African Union member states not to impose Ebola-related travel restrictions or close their borders.

"We need to have a steady stream of health care workers from Africa coming into the three affected countries. The head of the U.N. Mission for Ebola Emergency Response, David Nabarro, has told us that we need at least 5,000 health workers from outside the region," Jim said.

"Right now, I'm very much worried about where we will find those health care workers. With the fear factor going out of control in so many places, I hope health care professionals will understand that when they took their oath to become a health care worker it was precisely for moments like this," he said.

Dlamini-Zuma said African Union states have pledged to send more than 2,000 health care workers into West Africa. She did not say when the workers would arrive.

"The disease, which is not new to the world, and its manifestations in these countries, has caught us by surprise. With the wisdom of hindsight, our responses at all levels - continental, global and national - were slow, and often knee-jerk reactions that did not always help the situation," Dlamini-Zuma said.

Ebola has hit the West African countries of Liberia, Sierra Leone and Guinea the hardest. The outbreak has killed nearly 5,000 people.