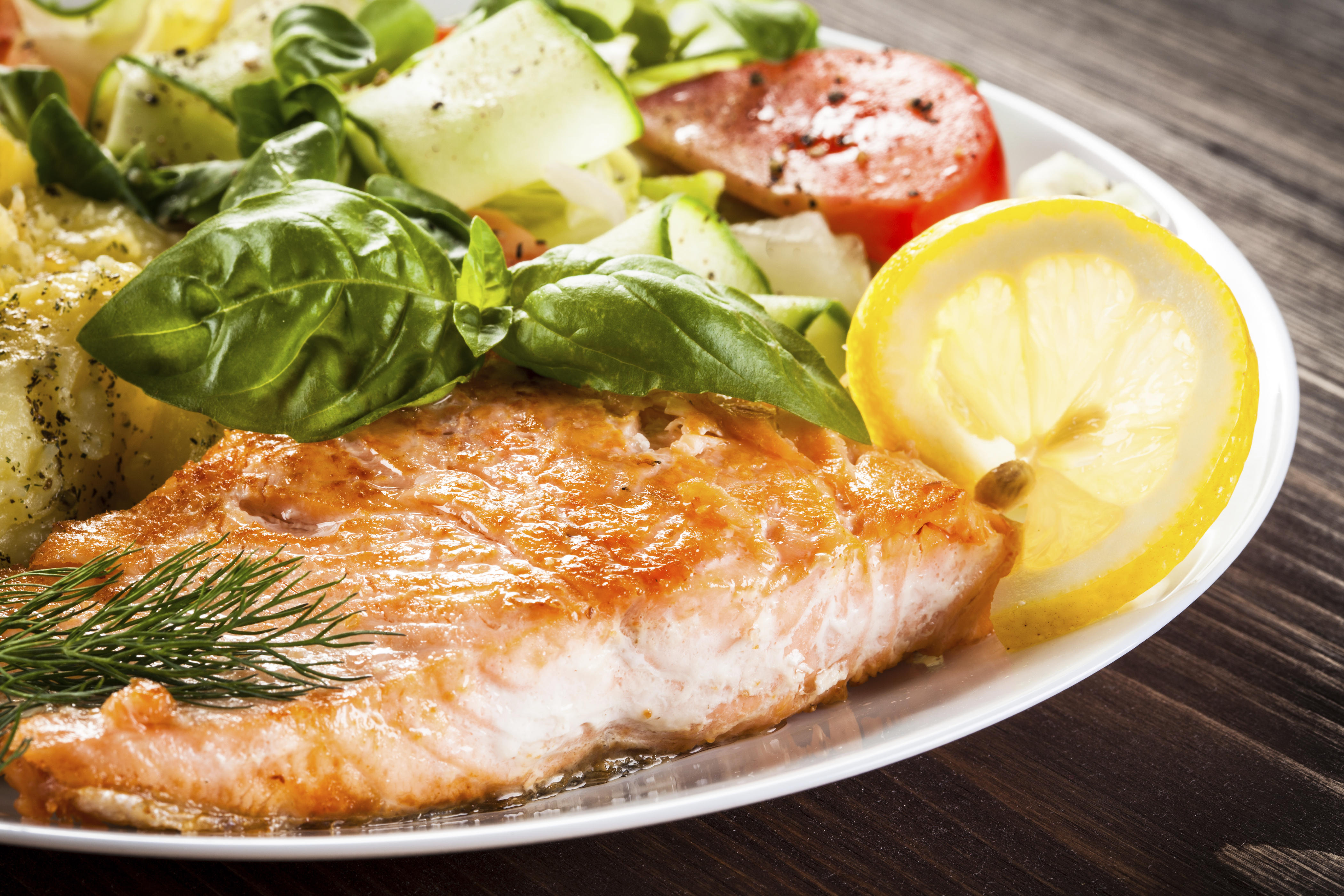 Eating more fish or taking a fish oil supplement can reduce your risk of a heart attack, according to a pair of Harvard-led clinical trials.

Heart benefits from omega-3 fatty acids were found both in healthy people and in people with conditions that put them at increased risk of heart attack, stroke or heart disease, the two studies found.

The Vitamin D and Omega-3 Trial (VITAL) found that healthy people who took a fish oil supplement suffered fewer heart attacks, particularly if they were black or did not regularly eat fish.

Meanwhile, a purified form of omega-3 fatty acid reduced the risk of death by heart disease, heart attack or stroke in people with hardened arteries or other heart risk factors, according to findings from the Reduction of Cardiovascular Events with Icosapent Ethyl Intervention Trial (REDUCE-IT).

The two studies provide firm evidence that the omega 3 fatty acids found in fish like salmon, sardines or tuna can have a beneficial effect on heart health, said Dr. JoAnn Manson, chief of preventive medicine at Brigham and Women's Hospital in Boston, and lead researcher for the VITAL trial.

"We're not recommending that everyone in the world begin taking fish oil supplements. In terms of the omega 3s, the best thing to do is to try to have more dietary fish," Manson said. "If people aren't going to eat fish, there really may be some benefits from taking a fish oil supplement. We recommend they discuss that with their health care provider."

Results from both clinical trials were to be presented Saturday at the American Heart Association's annual meeting, in Chicago, and published simultaneously in the New England Journal of Medicine.

For the VITAL trial, nearly 26,000 U.S. men and women aged 50 and older were randomly assigned to take 1 gram of fish oil or 2,000 International Units of vitamin D daily, or a placebo. Participants had no history of heart problems.

The fish oil supplements reduced risk of heart attack by 28 percent over a five-year follow-up period, but they did not affect a person's risk of stroke or cancer, researchers found.

VITAL also found overwhelming benefit of fish oil supplements for black participants, who had a 77 percent reduction in their risk of heart attack.

"If that can be confirmed in a follow-up study, then it could point to a very promising approach to reducing a health disparity," Manson said. Blacks tend to have a greater risk of heart disease than whites and other racial groups.

The clinical trial found no heart health benefit from vitamin D, although it did reduce the risk of cancer death by 25 percent.

Dr. Satjit Bhusri is a cardiologist with Lenox Hill Hospital in New York City. "This is a very important and impressive trial. Its results will have a lasting change in the prevention of heart disease," said Bhusri, who was not involved with the studies. "A reduction in heart attacks this profound has not seen been since in primary prevention since the early trials of aspirin therapy."

In the REDUCE-IT trial, another research team at Brigham and Women's Hospital tested the benefits of a pure and stable form of the omega-3 fatty acid known as EPA.

The supplement, icosapent ethyl, is a prescription medication approved to reduce triglyceride levels in people with high cholesterol.

REDUCE-IT included more than 8,000 patients taking statins to lower their cholesterol and prevent either a first or repeat heart attack or stroke. About 7 in 10 patients in the study had hardened arteries, while the rest had diabetes and at least one other heart risk factor.

"The REDUCE-IT trial sets a new standard of care for patients who have elevated triglycerides and are at increased cardiovascular risk despite statin therapy," lead researcher Dr. Deepak Bhatt, executive director of interventional cardiovascular programs at Brigham and Women's Hospital, said in hospital news release. "This may be the biggest development in cardiovascular prevention since statins."

People interested in taking fish oil supplements should discuss it with their doctor first, said Dr. Helene Glassberg, an associate professor of clinical cardiovascular medicine at the University of Pennsylvania's Penn Medicine. She was not involved with the studies.

"It does have a blood-thinning effect. If you are on blood thinners, this may not be for you," Glassberg said.

Glassberg and Manson agree that the best first step would be to increase fish in your diet. Eating at least two servings a week would be good, Manson said.

For someone who's healthy but looking to prevent heart disease, "still at the top of my list is lifestyle," Glassberg said. "Get it in your diet if you can, from omega-3 fatty fish like salmon or sardines. That's the place to start because these are natural. This is the best way to get it and not spend $30 on a bottle of supplements at a health food store."