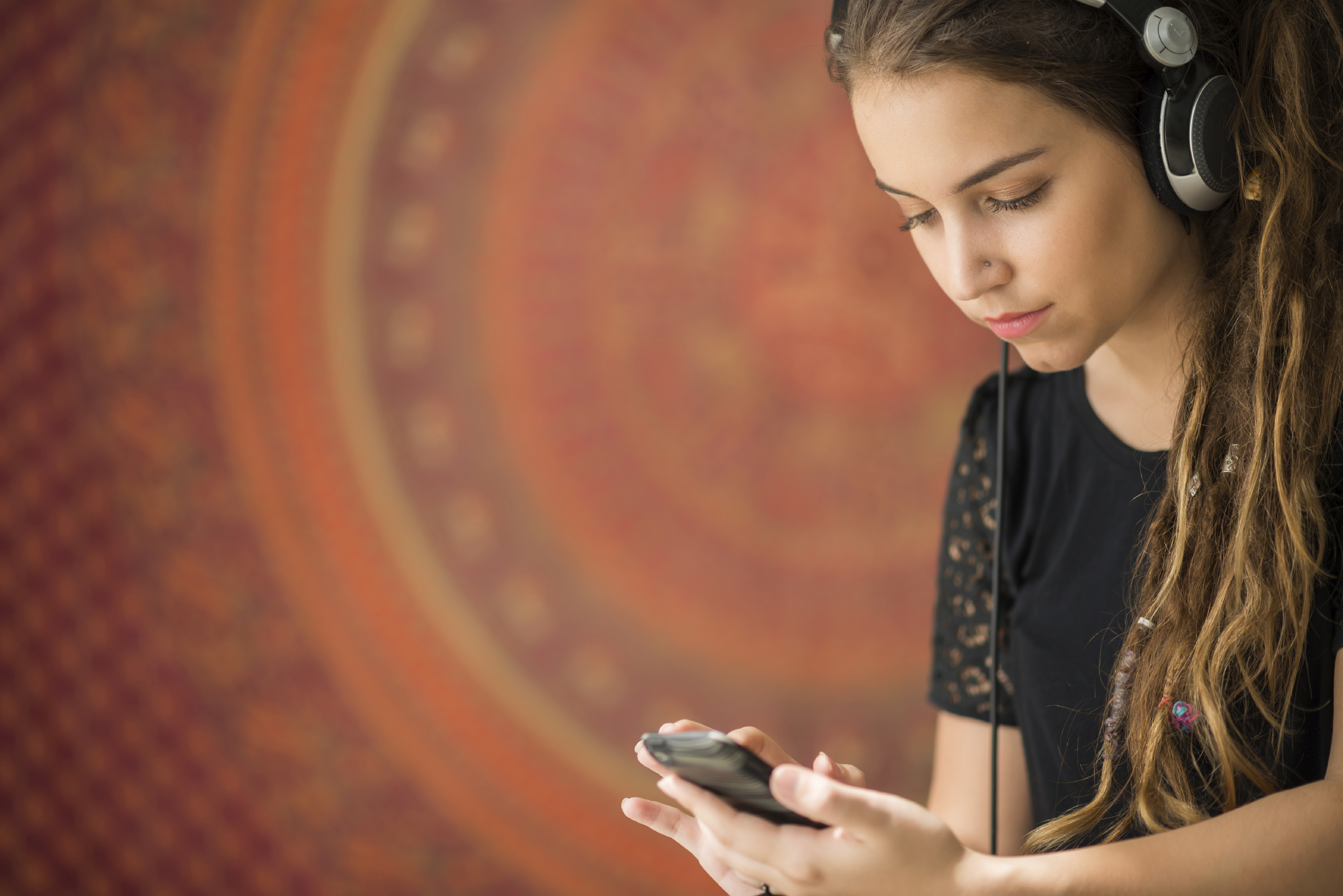 Everybody has gotten a song stuck in their head at one time or another, a catchy tune or annoying ditty that replays over and over and refuses to disappear.

Known as an "earworm," or more scientifically as involuntary musical imagery (INMI), the phenomenon is often triggered by hearing a song, and it happens most often to people who are constantly exposed to music. Certain personality traits are also linked to higher risk; some studies suggests people with obsessive-compulsive or neurotic tendencies are more likely to experience it.

Now, a team of researchers is starting to understand why certain individuals might be more vulnerable to this condition. In a study published in the journal Consciousness and Cognition, the researchers concluded it had to do with the size and shape of one's brain.

More specifically, the study, led by Nicolas Farrugia from Goldsmiths, University of London, found that the frequency of the condition depended upon the thickness of several brain regions. The first area was the Heschl's Gyrus (HG), a region that has been associated with auditory perception and musical memory. The second affected area was the right inferior frontal gyrus (IFG), which has been linked to pitch memory.

They also found that the amount of brain tissue in the right medial temporal lobe, namely the right parahippocampal region, could make the condition worse as well as proving helpful to those trying to manage it. This region is especially important for forming memories and retrieving them.

"We did find a link between certain brain areas involved in music perception and music-evoked emotions and actually, emotions in general," Farrugia, who is part of the music, mind and brain group at Goldsmiths, told CBS News.

"However, it is important to note that we cannot say that it is the cause of earworm," he said. "It is just that the people with certain brain areas that were larger or smaller had more or less earworms, or more or less disturbing [or] helping earworms. There is nothing in that study that can directly suggest any possible treatment for disturbing earworms, I'm afraid."

To understand the role of the brain, the researchers enlisted 44 people - all but one of who had experienced earworms - to fill out surveys known as the Involuntary Musical Imagery Scale and the Goldsmiths Musical Sophistication Index.

The first survey asked the participants to explain the extent of the problem, how much they moved to the music and whether it was helpful to them getting through their daily routine. They also detailed how frequently they heard the song and the length of each episode. The second survey tried to get a better idea of participants' musical experiences, including how often they attended concerts and the amount of time spent listening to or writing music.

Then, the researchers used MRIs to scan the brains of participants to better understand the brain structure and what brain networks were making the problem better or worse.

The study has been welcomed by experts who have been studying the condition for decades, like University of Cincinnati's James Kellaris, a musician and marketing professor who first popularized the term earworm (he translated it from the German "Ohrwurm") in the United States.

"I am gratified to see the topic of INMI take off in psychology and neuroscience," he told CBS News. "My motivation for studying earworms was the potential to use music as a means to convey commercial messages. I had no idea there would be broad interest in the topic outside of my field."

But as "fascinating as it is to describe associations between physical properties of the brain and earworms," Kellaris said he feared that it did not "tackle the big questions: Why do earworms arise in the first place, and what can we do to extinguish them?"

And Kellaris had some words of advice for the researchers.

"They will hear from every desperate earworm sufferer and endomusia [hearing music that isn't there] patient on the planet, asking for clinical advice," he said. "Dudes: brace yourselves and get a bigger mailbox."

While this study didn't offer any treatment option, another one out earlier this year offered some hope to earworm sufferers.

The solution? Chew gum, according research published in The Quarterly Journal of Experimental Psychology in April. Doing so appears to reduce the numbers of wanted and unwanted songs in your head and is consistent with other studies saying gum chewing disrupts voluntary memory recollection.

So next time you can't get "Call Me Maybe" out of your head, you can ponder what it says about the shape of your brain - then grab a stick of Trident.