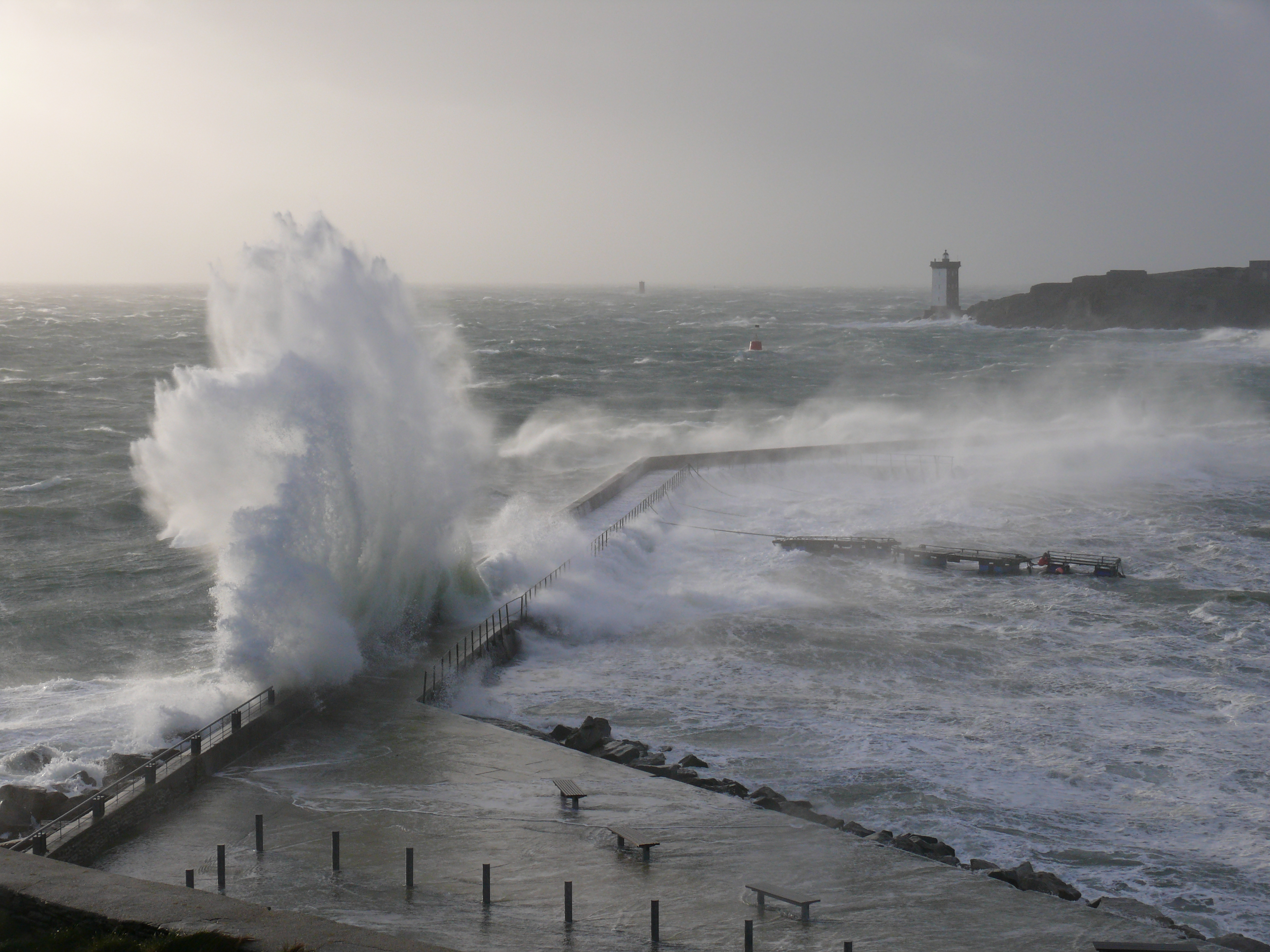 Scientists have long known that the planet is constantly vibrating at low frequencies - much like a bell after it's rung. But there was a debate about what caused the inaudible ringing.

Some said the hum was due to waves crashing together while others had suggested it might have to do with the waves bumping along the ocean bottom. According to a study in Geophysical Research Letters, a journal of the American Geophysical Union, it's a little of both.

Using models to calculate how ocean waves could generate seismic waves, a group of French researchers found that colliding waves could produce a particular seismic wave - one that takes 13 seconds or less to complete one oscillation - which explained some but not all of the planet's incessant ringing. But it didn't account for the slower or longer lasting oscillating seismic waves.

That's where the bumping bottom theory comes to bear.

Long ocean waves can extend all the way down to the seafloor. As they make their way back and forth to the open ocean from the coast, these long waves travel over the bumpy ocean bottom. Pressure from the ocean waves on the seafloor generates seismic waves that cause the Earth to oscillate, said Fabrice Ardhuin, a senior research scientist at Centre National de la Recherche Scientifique in Brest, France, and lead author of the new research.

When the team plugged this theory into their models, they found it explained the longer microseismic signals, ranging from 13 seconds to 300 seconds. They suggest that most of the hum comes from the movement of the long ocean waves over the steep continental shelves.

"We have made a big step in explaining this mysterious signal and where it is coming from and what is the mechanism," Ardhuin said.

Beyond that, Ardhuin said detecting these signals could help better understand the impact of faint earthquakes that are beyond the reach of seismic stations. Earthquakes can cause the planet to ring, too, for days to months at a time. The vibrations from the 2004 earthquake off Indonesia were recorded for five months and caused tiny distortions in the shape of the Earth.

"I think it is a relief to the seismologists," Ardhuin said of figuring out the source of Earth's ringing. "Now we know where this ringing comes from and the next question is: What can we do with it?"