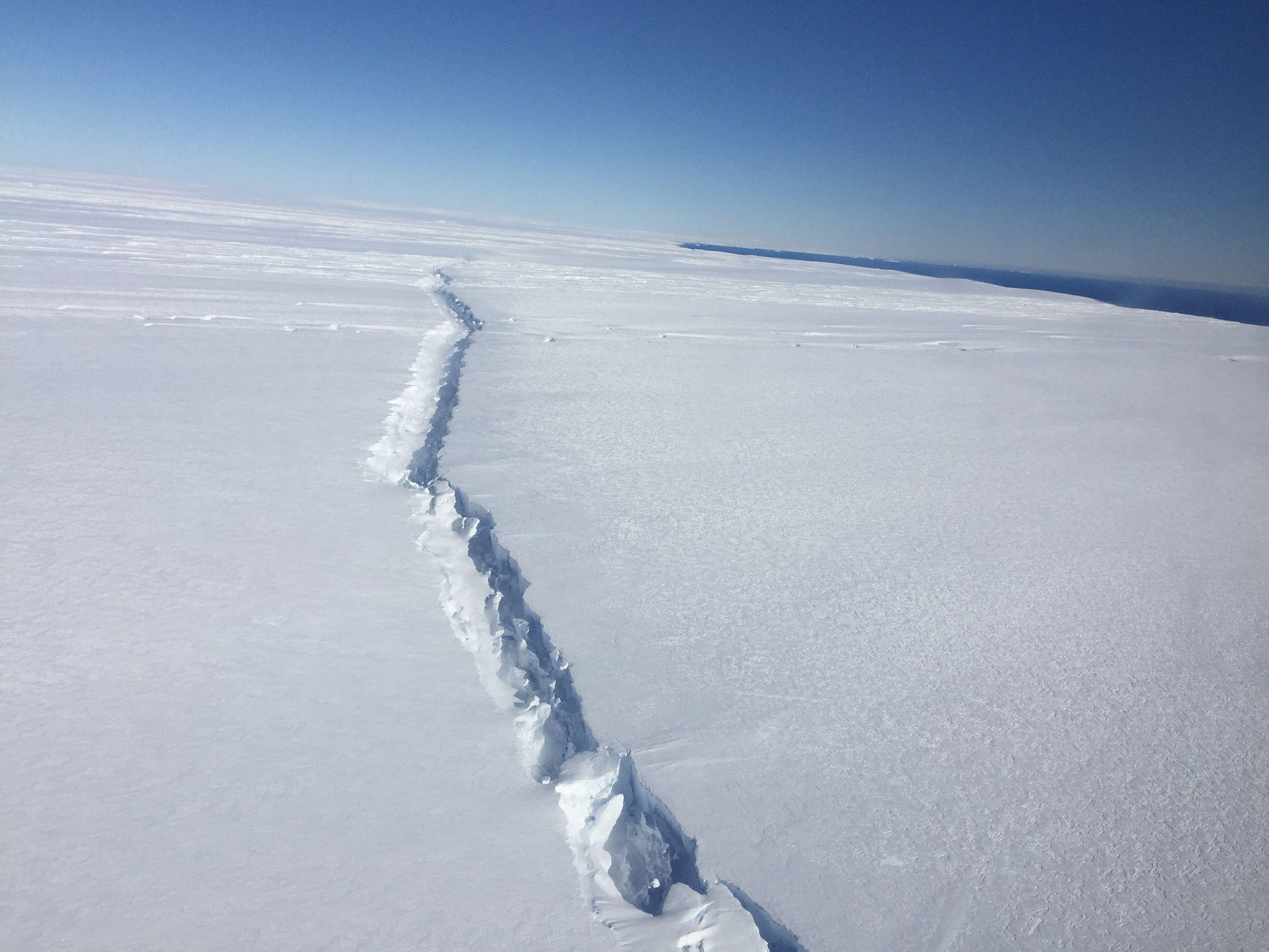 A massive iceberg splintered off one of West Antarctica’s largest glaciers last year, and now, scientists have discovered the “troubling” reason why, they said.

In 2015, an iceberg measuring almost 225 square miles broke off from the Pine Island Glacier, which forms part of the ice shelf that bounds the West Antarctic Ice Sheet. Recently, while reviewing satellite images taken before the giant iceberg broke off, researchers found evidence of a rift at the very base of the ice shelf. This suggests that the sprawling glacier broke apart from the inside out, the new study said.

The base rift was located nearly 20 miles inland, and could first be seen in satellite images from 2013, the researchers said. Looking at satellite images taken before the 2015 fracture, the scientists discovered that the rift spread upward for two years before breaking through the ice surface. The iceberg was then set adrift over 12 days in late July and early August 2015, the scientists added. [Photo Gallery: Antarctica’s Pine Island Glacier Cracks]

The way the Pine Island Glacier broke apart from the inside out is a sign that the ice sheet is still melting, said Ian Howat, a glaciologist at The Ohio State University and lead author of the new study.

“It’s generally accepted that it’s no longer a question of whether the West Antarctic Ice Sheet will melt — it’s a question of when,” Howat said in a statement. “This kind of rifting behavior provides another mechanism for rapid retreat of these glaciers, adding to the probability that we may see significant collapse of West Antarctica in our lifetimes.”

In fact, the scientists warned that the West Antarctic Ice Sheet could collapse within the next 100 years. That would lead to a sea-level rise of nearly 10 feet, flooding coastlines around the world, the researchers said.

Researchers have seen similar deep subsurface rifts in the Greenland Ice Sheet, where ocean water has seeped inland in areas, melting the ice from underneath. However, this is the first time researchers have witnessed such melting within Antarctic ice, the scientists in the new study said. The satellite images provide strong evidence that the Antarctic ice shelves respond to ocean changes similar to those in Greenland, Howat added.

Rifts usually form at an ice shelf’s borders, where ice is thinner, Howat said. But the rifting in the Pine Island Glacier originated from the center, which implies that the ice shelf was already weakened at the center, likely by the warming ocean melting an ice crevasse at the bedrock level, he explained.

The bottom of the West Antarctic Ice Sheet also lies below sea level, which allows ocean water to intrude far inland and remain unseen, according to the researchers. This intrusion can create a “valley” in the ice shelf where ice thins. New valleys can be an outward sign of the ice melting at the bottom of the ice sheet.

“The really troubling thing is that there are many of these valleys further up-glacier,” Howat said. “If they are actually sites of weakness that are prone to rifting, we could potentially see more accelerated ice loss in Antarctica.”

Pine Island and other glaciers in the West Antarctic Ice Sheet — including Pine Island’s nearby twin, the Thwaites Glacier — could undergo rapid retreat and melting in warming oceans, the researchers said. The Pine Island and Thwaites glaciers also block the ice flow of one of the most active ice streams on the continent. With continued melting of the glaciers, nearly 10 percent of the West Antarctic Ice Sheet could drain into the sea, according to researchers.

“We need to understand exactly how these valleys and rifts form, and what they mean for ice-shelf stability,” Howat said. “We’re limited in what information we can get from space, so this will mean targeting air and field campaigns to collect more detailed observations.”

The study was published online Nov. 28 in the journal Geophysical Research Letters.

On September 28, 1928, an accident in the lab of Scottish bacteriologist Alexander Fleming led to a find that revolutionized medicine

One of Earth's fastest-shrinking glaciers is growing again