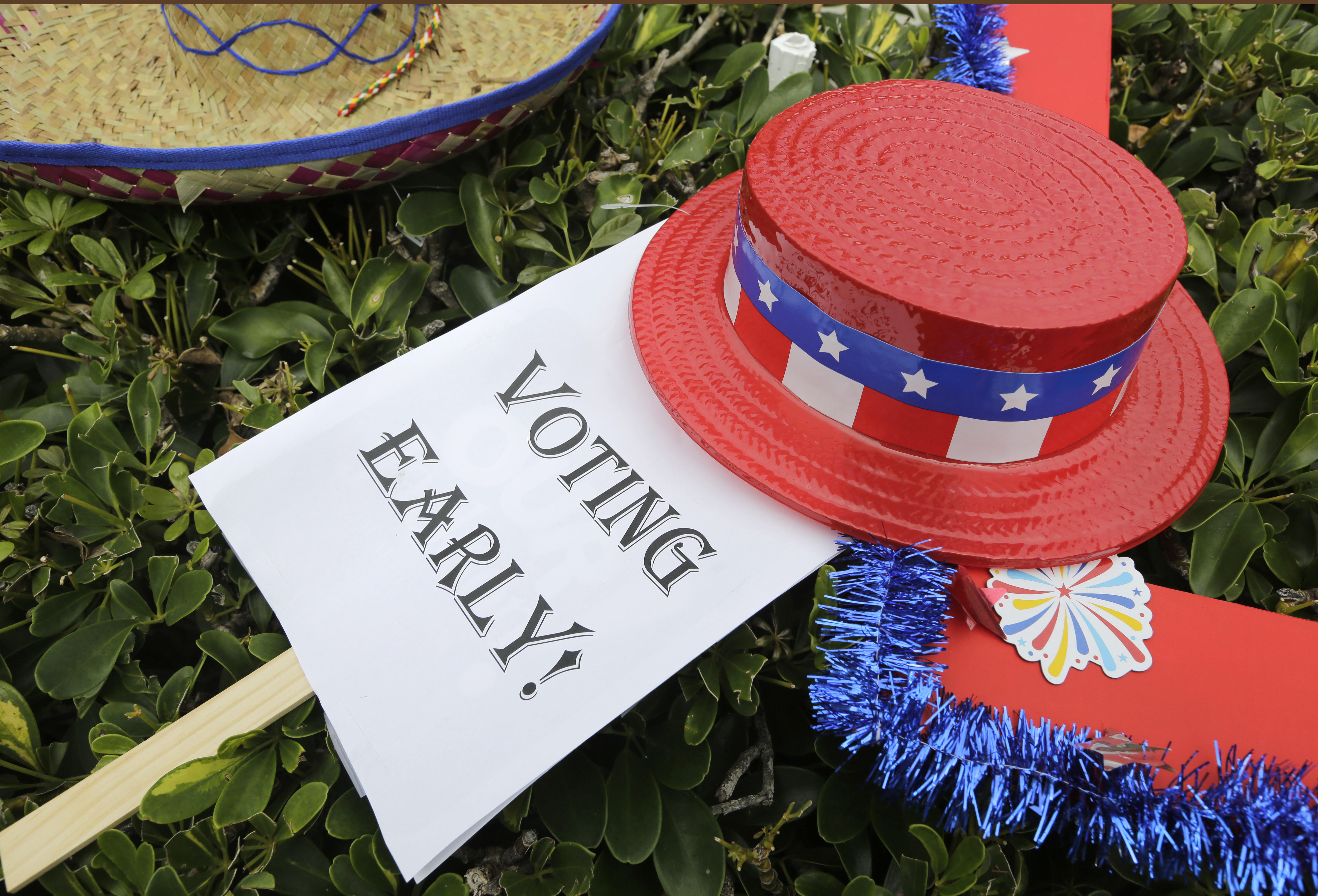 Every cycle there’s some talk about groups that pollsters are supposedly missing, and this year that talk has centered on the so-called “hidden” Trump vote – people who might never vote, who supposedly don’t show up in polls, but could suddenly come out now for Donald Trump.

We showed in the primaries and again this fall that Trump supporters are hardly too shy to talk about their chosen candidate to either their friends or to pollsters. Now, using some early vote data and L2 votermapping, we can look at the early vote for clues, too.

There are about 290,000 registered Republicans today who did not vote in either of the last two Presidential elections, nor in the last two midterms, but could have (they were registered before that.) This is one way to define the so-called “hidden vote” of potentially conservative voters who’ve been laying low.

But that’s only about 2 percent of the registered voters in Florida. It is greater than the 2012 winning margin, though, and potentially greater than the margin might be in 2016, so we can’t dismiss it.

But if they’re planning to come out this year, they haven’t shown up yet.

Only 5 percent of them voted in this year’s Republican primary, when they had their first chance to vote for Donald Trump, whether they did so or not. If we loosen the definition and allow for Republicans who simply sat out 2012, we get a larger number of total GOP’ers (about 700,000) but not much better in the current early vote: only one in ten of that group has cast a ballot so far.

And don’t forget that if campaign efforts bring out more new people, it could just as well bring out Democrats who don’t often vote, too, to offset them. That’s why campaigns put a premium on targeting only their potential voters.

Among Democrats these numbers looked similar through the weekend.

Bigger picture, a reminder that voting is a habit: people either do it and do it frequently, or they don’t at all. These voters are disproportionately young (30 percent under age 40 -- younger than Florida’s Republicans as a whole) and young people do tend to turn out less, overall.

So if these hidden Republicans aren’t showing up in the polls, it may be because they don’t say they’re voting.

And yes, Donald Trump could very well win Florida – we have it listed as a tossup right now, and there are mixed signals for both parties in the early vote overall. But unless he can convince these non-voters to suddenly storm to the polls on November 8th (always possible, of course) it’s more likely that if he wins, it’ll be because he convinced traditional voters and more reliable Republican voters to back him.

The Hispanic vote is at 19 percent of the early vote based on the L2 file estimates. That’s a little higher than the Hispanic composition of the electorate in 2012, and perhaps a good sign for Clinton. But overall early turnout so far is running toward older voters – and that’s a good sign for Donald Trump, who does much better with older voters.

Overall Republican and Democratic registration is running about even.