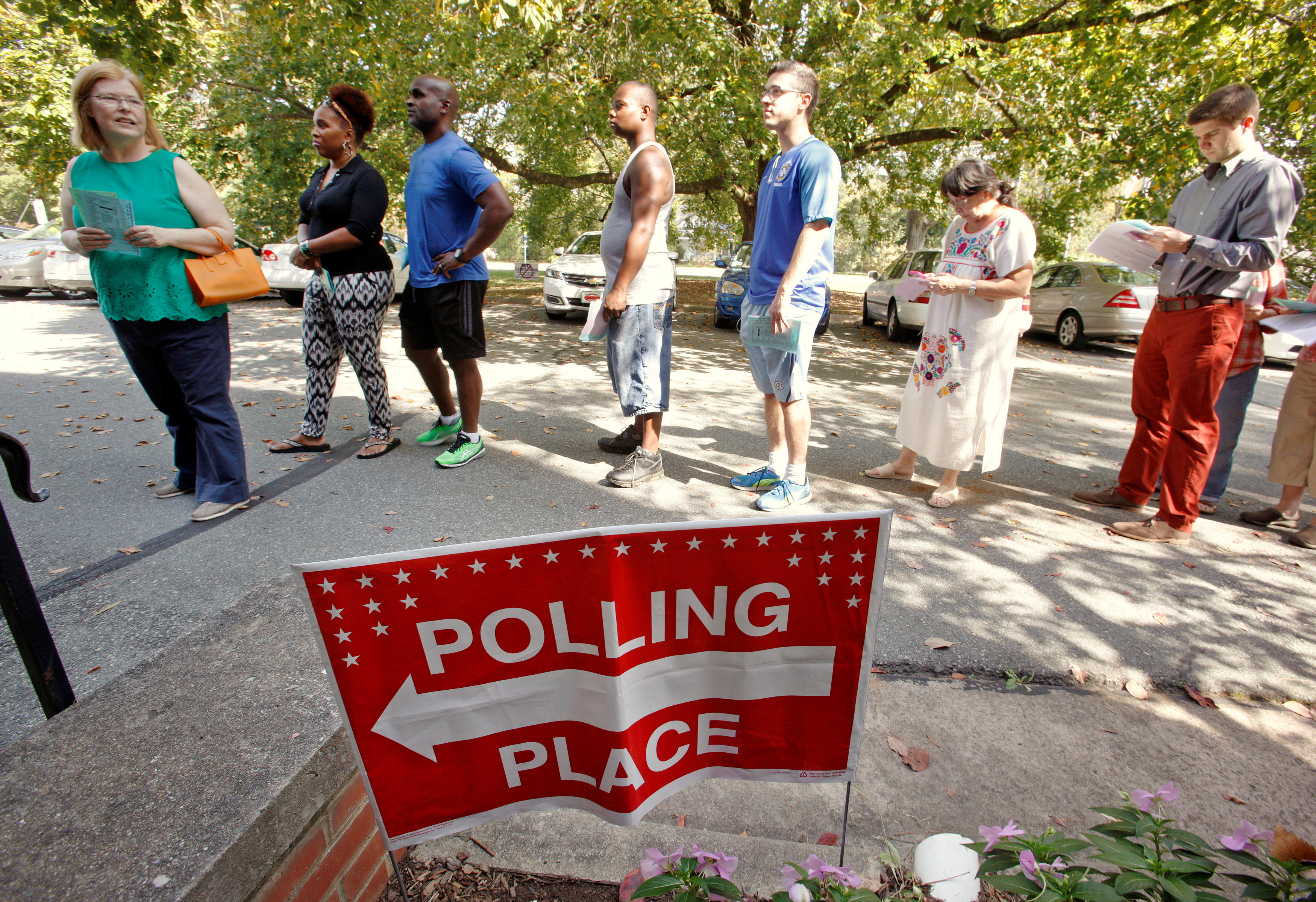 With early voting underway in several states, we took a look at trends in the key battlegrounds of Florida and North Carolina, beyond just the count of who’s voted. When we look a bit deeper at the data we can start to see what it all means – and what it may not mean.

Early vote is especially critical in these states where we expect a majority of votes to be cast before Nov. 8. Using the data made public by secretaries of state and collected, along with voter file records by L2 Votermapping, we look for patterns, analyzing close to 1.2 million in Florida and over 600,000 in North Carolina.*

Which party has an edge in the early vote?

Party registration is available to see from the early ballots and can be a rough indicator of vote preference, but is not the vote – it is merely how people have registered. In Florida, registered Republicans have a slight edge with 42 percent of the early vote, versus 40 percent for registered Democrats in the returns we analyzed.

In North Carolina, registered Democrats have a clear advantage with nearly half of the early vote (48 percent) while 28 percent of early voters are registered as Republicans, and almost a quarter (24 percent) are not affiliated with either party. Note also, in North Carolina as in many southern states, party registration may not be a good proxy for vote; some older voters may have registered as Democrats long ago when the state was more firmly Democratic, but may not vote that way anymore.

Not much evidence of “new” Republican voters so far

If either campaign is looking to turn out a lot of brand new voters, so far they haven’t done so relative to the number of habitual voters who are coming out. When we look at the vote history of those who have voted early, these voters have cast their ballots early in other previous elections.

In Florida, 81 percent of early voters voted in 2012, a higher rate than those on the current file overall. Also, most – but not all - of them (62 percent) voted early back in 2012. So some of the early vote we’re seeing now is habitual voters converting to convenience voting this year.

For the Trump campaign specifically, there is not much evidence that the Trump campaign bringing out first-time Republican voters so far. The vast majority of Republican early voters have voted in the last two presidential elections -- they are not new. In North Carolina 85 percent voted in 2012, and 75 percent voted in 2008. Only 10 percent are voting for the first time this year.

Demographics of the Early Vote

Most early voters are female, but so are most registered voters. In both Florida and North Carolina, early voters are 56 percent female and 44 percent male. Because polls have indicated Hillary Clinton has a lead with women overall, this finding might indicate she is up in the early vote. However, most of these women are also older, and older women have been relatively less supportive of Clinton in the polling.

*(These figures are slightly smaller than the total number cast as it takes a bit to match them onto the file.)