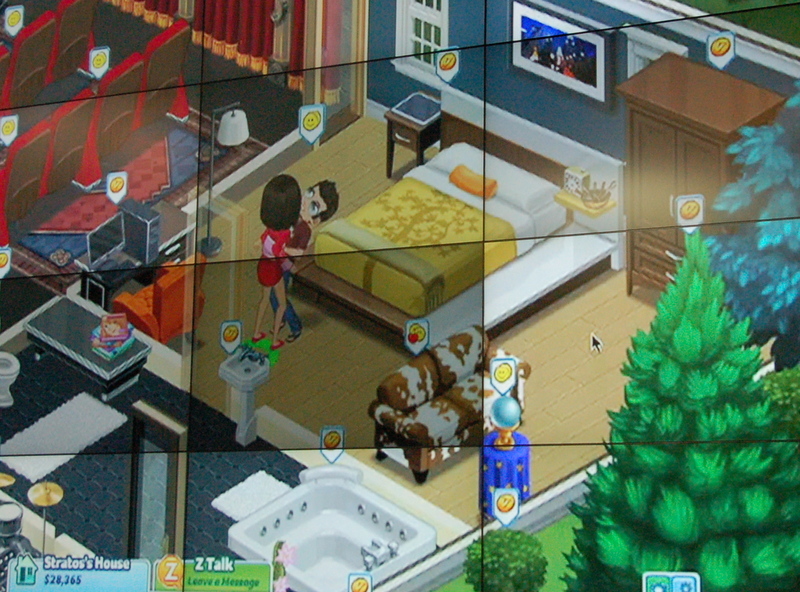 EA said Friday that "The Ville" is "unmistakable" in its similarity to "The Sims Social," which launched more than a year earlier. EA says the games are "largely indistinguishable" to a casual observer.

"The similarities go well beyond any superficial resemblance. Zynga's design choices, animations, visual arrangements and character motions and actions have been directly lifted from The Sims Social," said Lucy Bradshaw, general manager of EA's Maxis Label, which developed the game, in a blog post Friday.

The games are both played on Facebook. Players create characters who live, work and interact with each other in virtual neighborhoods.

In response, Zynga says that EA doesn't understand copyright principles, and that it plans to defend its rights.

The lawsuit was filed Friday in U.S. District Court for the Northern District of California.

San Francisco-based Zynga's stock rose 9 cents, or 3.3 percent, to 2.79 in afternoon trading. The stock is down 72 percent from its $10 initial public stock offering price. The company went public in December.