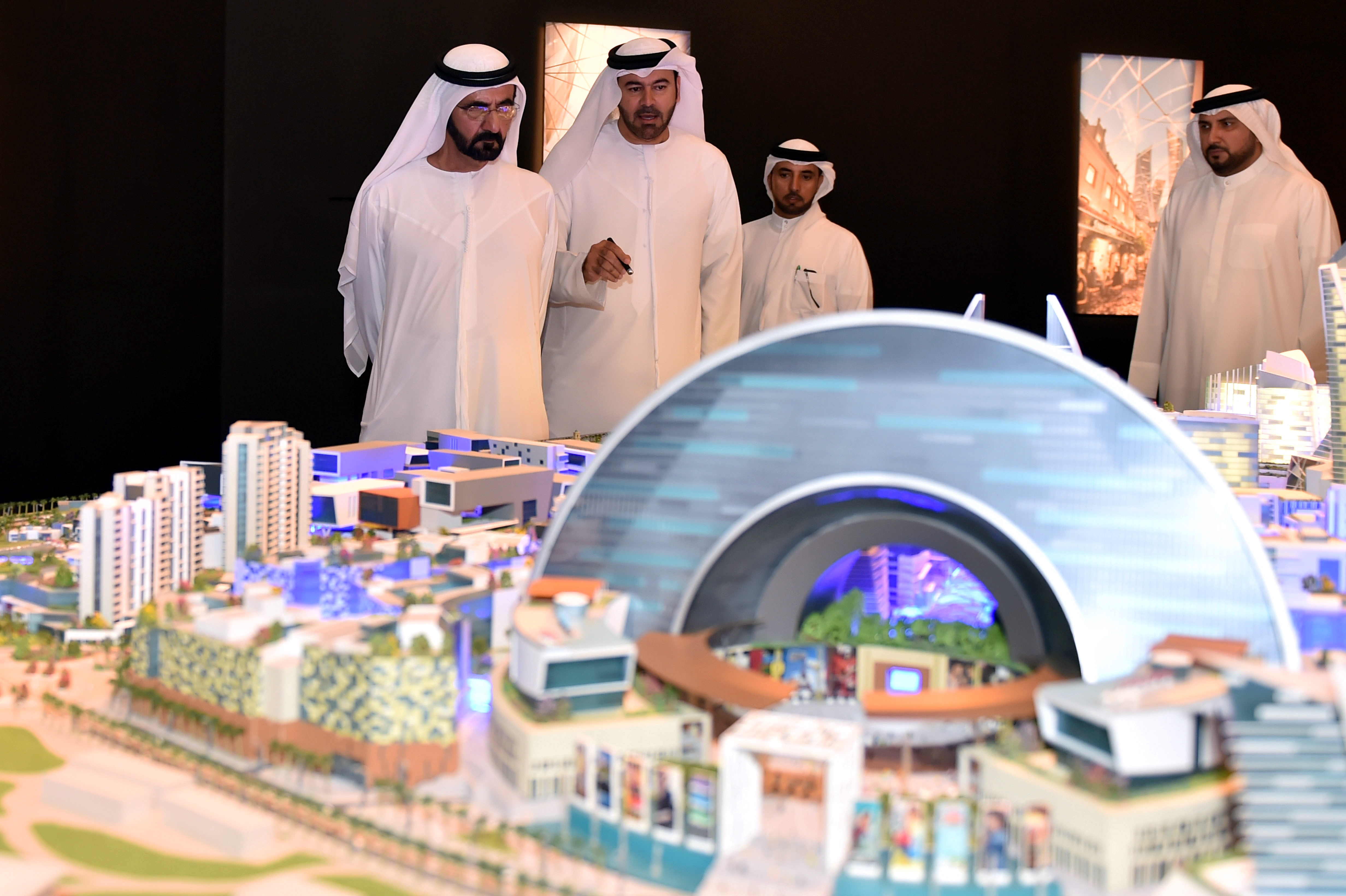 Dubai is already home to the biggest shopping mall in the world, but that apparently isn't enough.

The emirate is planning an even bigger mall, one so massive it's already being described as a temperature-controlled city. It's going to be called Mall of the World, and will stretch for 48 million square feet.

The plan may seem curious to Americans watching their neighborhood shopping malls start to fade. The classic indoor mall -- a key piece of Americana for decades -- has been in rapid decline in the U.S. Previous big-box anchors like Circuit City and Mervyns are no longer in business, and other staples such as J.C. Penney (JCP) and RadioShack (RSH) have fallen on hard times.

The U.S. middle class is still struggling in the economic recovery. Median household incomes have slipped for all but the wealthiest Americans since 2007. Americans are also shifting more of their spending online. Only one large indoor mall has opened in the U.S. since 2007, The Oregonian reports.

By contrast, Dubai is already a shopping playground for the rich and famous. It's one of the top three destinations for ultra-rich Chinese tourists, for instance, and is home to some of the world's most exciting, over-the-top architecture. It has the world's tallest building, the world's largest indoor snow park and the world's largest shopping mall.

That mall, the Dubai Mall, gets 75 million visitors a year -- more than the Eiffel Tower, Niagara Falls and Disney World combined, CNN reports. It has the most total floor space of any mall in the world and has 1,200 stores, an ice skating rink, an aquarium and a Boeing 737 flight simulator.

Dubai has about 40 shopping malls in all, and about a third of the emirate's economy revolves around retail. Unlike other areas in the Middle East, Dubai isn't reliant on oil for much of its income. Instead, the emirate thrives on the tourist and trade businesses.

Dubai officials view the new Mall of the World as a way to keep up the retail momentum. It will have the largest indoor theme park in the world, according to the developer -- which, by the way, happens to be owned by Dubai ruler Sheikh Mohammed bin Rashid al-Maktoum. The developer isn't saying when it will begin construction or how much the structure will cost, AFP reports.

Developers want to put the theme park under a glass dome to keep out the scorching Dubai heat. The mall will also be climate-controlled, and the 4.3-mile promenades connecting the two projects will be shaded and air conditioned, AFP reports. It will have an estimated 100 hotels and serviced apartments, a theater district and a "wellness" district for medical tourists.

"Our ambitions are higher than having seasonal tourism," Dubai ruler said Sheikh Mohammed said in a statement. "Tourism is key driver of our economy and we aim to make the UAE an attractive destination all year long."