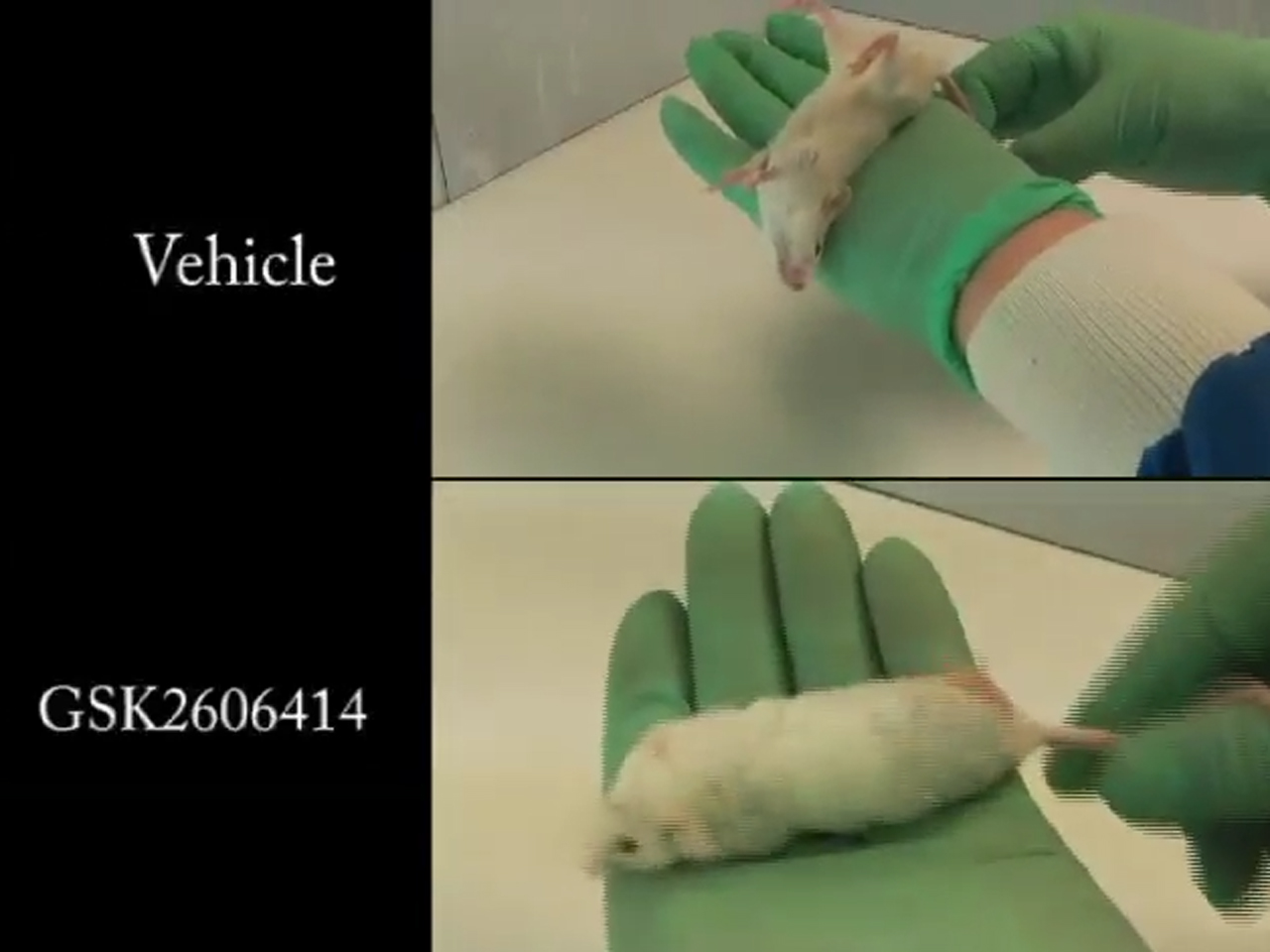 Scientists in Britain say they have discovered a drug that appears to stop the degeneration of brain cells in mice, a breakthrough that could eventually lead to a treatment for Alzheimer's disease, Parkinson's disease, and other degenerative brain ailments in humans.

Alzheimer's is a deadly disease characterized by a degeneration of brain cells and function to the point people lose their ability to complete every day tasks. There is no good treatment to stop this neurodegeneration on the market.

"I can't see why preventing this process should only be restricted to mice," research team leader Professor Giovanna Mallucci, a professor of cell physiology and pharmacology at the University of Leicester in the U.K., told The Independent. "I think this probably will translate into other mammalian brains."

A hallmark of degenerative brain diseases are build-ups of proteins in the brain, which form tangles that lead to the destruction of brain cells. According to the study's authors, the brain reacts to the formation of these tangles by protectively releasing a different protein that shuts off all protein formation -- what's called an "unfolded protein response" or UPR.

Eventually, that protein "switch" should turn back on since the brain needs other proteins to function. But people with advanced Alzheimer's have had so much protein build-up that that the switch remains off. While this stops more mis-folded and tangled proteins from being made, it also stops the production of other important proteins that are essential for brain cell survival. That causes brain cells to die, and the disease progresses.

Researchers sought to block this UPR pathway that contributes to the disease by giving mice with a brain disease -- called a prion disease -- a drug that targets a compound called PERK, a major mediator in the brain-protein pathway. Prions are abnormal, disease-causing proteinsthat are transmissible and behind diseases like "mad cow disease" or the human equivalent, variant Creutzfeldt-Jakob disease (vCJD). These diseases are also marked by brain degeneration.

In the study, mice who did not receive the drug showed symptoms of prion disease, while the mice treated with the drug did not show symptoms.

"They were absolutely fine, it was extraordinary," Mallucci told the BBC. "What's really exciting is a compound has completely prevented neurodegeneration and that's a first."

The new study was published Oct. 9 in Science Translational Medicine.

One expert hailed the finding, but cautioned such a drug likely wouldn't be ready for human use anytime soon.

"This finding, I suspect, will be judged by history as a turning point in the search for medicines to control and prevent Alzheimer's disease," Professor Roger Morris, a professor of molecular neurobiology at King's College London, told the BBC. "The world won't change tomorrow, but this is a landmark study."

The Alzheimer's Association in the U.S. called the study interesting and well-conducted, but very preliminary.

"Mouse models of Alzheimer's and other neurodegenerative diseases are limited in how closely they represent human disease, and mice are not people; so, while intriguing, we are still far away from knowing if this has potential as a therapy for people with Alzheimer's or related diseases," the association said in a statement emailed to CBSNews.com.

"While the tested drug did significantly reduced neurodegeneration in the mouse models of prion disease, the mice also experienced significant weight loss (about 20 percent of body mass) and elevated blood sugar. The scientists suggest that this was due to the drug's effect on pancreas function. These issues would have to be resolved before the potential drug could be tested in people," the statement added.

Alzheimer's disease is the sixth-leading cause of death in the United States. About 5.2 million Americans have Alzheimer's or another form of dementia, according to the Alzheimer's Association, and the number is projected to almost triple to 13.8 million by 2050, driven by the aging baby boomer population.

Lack of progress in finding an effective treatment prompted the Obama administration in 2012 to pledge $130 million for research tofind a treatment that works by 2025.