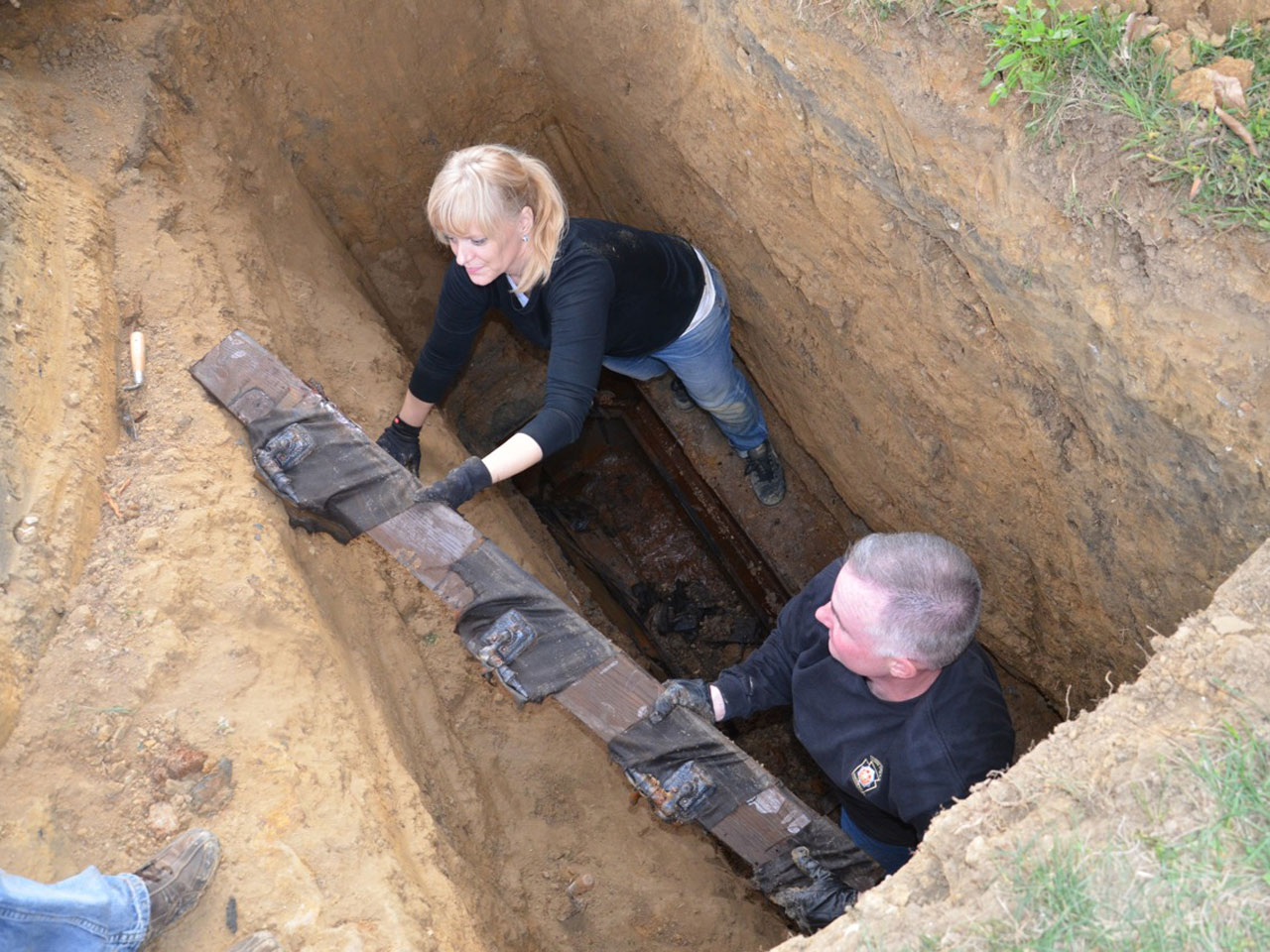 Wood planks, straw grass and part of what could be a funeral wreath -- that's all that was found inside a grave that should have contained the remains of Thomas Curry. Curry died in 1925, after escaping from an infamous reform school in Florida's panhandle. His empty coffin marks the latest development in a deepening mystery about what happened to boys who attended the Arthur G. Dozier School for Boys.

"I can't say he was absolutely never there, but I can say that it's likely," University of South Florida forensic anthropologist Erin Kimmerle said of Curry's missing remains.

For the past three years, Kimmerle has led a team in trying to determine the fates of 96 boys who died in state custody. In 2013, she began excavating the remains of boys buried on school property. The state said there were 31. She found more than 50 sets of remains, but all were badly decomposed. Most bone fragments were smaller than the marble found in one of the boy's pockets.

Thomas Curry hadn't been buried on school property in Marianna, Florida. His body had been sealed inside a coffin and sent to a cemetery near his grandmother's house in Philadelphia. Cemetery records said Curry had been hit by a train, but according to the death certificate signed in Florida, Curry's skull was crushed from an unknown source. He had been at the school for less than a month.

Was it accidental? Was it inflicted trauma? These were questions Kimmerle wanted to answer by doing a skeletal analysis of Curry's remains, which she hoped were better preserved than those buried at the school. But when, with the permission of the state of Pennsylvania and the archdiocese, Kimmerle exhumed Curry's grave last week, there was nothing inside but wood.

"It was really disbelief. I just thought that it was very unusual," she said.

What made it unusual was that there were none of the usual tell-tale signs that a body had ever been inside. There was no hair, bits of clothing or teeth, not even tooth enamel which was present among the much poorer preserved remains she'd excavated in Marianna.

"Here you have all this wood that's really well preserved ... why is the wood so preserved but there's no enamel?" she asked.

Kimmerle's quest for answers only led to more questions. Was the body removed before burial in Philadelphia? Had the body ever been in the coffin to begin with? She may never know. Having exhausted the research available on Curry, Kimmerle will now try matching DNA samples from the family with the remains she excavated on Boot Hill, an unmarked, makeshift cemetery that had been set up on the grounds of the Dozier School for Boys.

"We do have more bodies at Boot Hill than names of who they should be," Kimmerle said.

Over the years, former students of the Dozier School for Boys have come forward with allegations of physical abuse, even murder.

Curry was one of at least seven boys who suspiciously died while trying to escape from the school. George Owen Smith was another. Smith was just 14 years old when he was found dead under a house after escaping from the school in 1940. The school buried Smith before his family could claim the body.

"After 73 years I was about to give up. And it was like a miracle. It is a miracle really," Smith Krell told CBS News.

Two more identifications followed, including the remains of Thomas Varnadoe.

Meanwhile, Kimmerle's effort continues to identify all the remains her team excavated at the school.

After more than a century in operation, the Dozier School for Boys was closed in 2011.