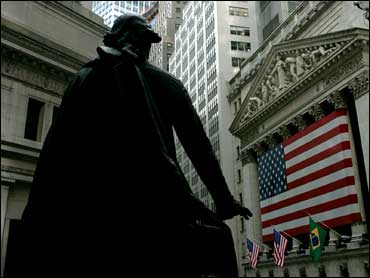 A surprisingly bleak forecast for the world economy sent stocks tumbling to their lowest level this month.

Major stock indexes dropped by more than 2 percent Monday, sending the Dow Jones industrial average down 201 points, after the World Bank estimated the global economy will shrink 2.9 percent in 2009. It previously predicted a 1.7 percent contraction.

Investors began buying up stocks in March on hopes that the economy was poised to begin recovering. The grim assessment from the World Bank runs counter to hopes that have been building for months that a gradual recovery was beginning.

The dampened economic outlook also weighed on the prices of oil, metals, and other commodities. Those commodity price drops in turn sent energy and metal producers' shares falling.

Hugh Johnson, chairman and chief investment officer of Johnson Illington Advisors, said the downbeat economic prediction confirmed fears that have been building in the market for two weeks.

"The forecast by the World Bank just dramatized that the market may have overstated what's coming for the economy," he said.

The stock market is coming off its first weekly loss in more than a month after mixed economic readings last week. There was no major economic data released Monday, but traders will get reports this week on new and existing home sales, durable goods orders, gross domestic product and personal incomes and spending.

The Federal Reserve will also be in the spotlight after its two-day meeting on monetary policy that ends Wednesday. The central bank is widely expected to hold its key funds rate steady near zero, but investors want to know whether policymakers will say the economy is recovering or still in need of aid.

Last week, the Dow fell 3 percent, the S&P 500 index dropped 2.6 percent and the Nasdaq composite lost 1.7 percent. As of Friday, the Dow was up about 30 percent from the 12-year lows it reached in early March, but it is on track to finish down for five of the last six trading days.

The market is selling off on the uncertainty of what lies ahead, said David Kotok, chairman and chief investment officer of Cumberland Advisors. "The picture's not clear. You've got a market that's acting just that way," Kotok said.

Bond prices jumped Monday, pushing yields down, as the drop in stocks drove demand for the safety of government debt. The yield on the benchmark 10-year Treasury note sank to 3.70 percent from 3.78 percent late Friday.

The Fed has been buying Treasurys and other kinds of debt with the hope of keeping borrowing rates low at the same time the government has been issuing record amounts of debt. The Treasury Department is planning to auction another $104 billion in debt this week.

The dollar was mostly higher against other major currencies.

About six stocks fell for every stock that rose on the New York Stock Exchange, where volume came to 1.4 billion shares, down from 2.1 billion Friday. Trading was heavy Friday because of expiration of options contracts.