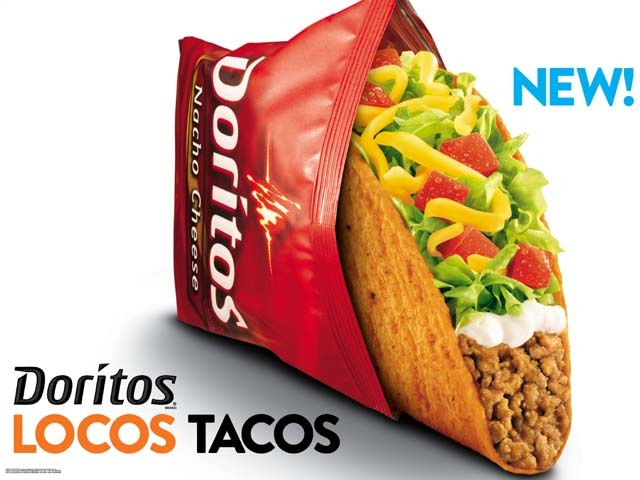 (AP) LOUISVILLE, Ky. - Taco Bell's new take on the taco, featuring orange Doritos dust, has helped put the sizzle back in its U.S. sales after a nearly yearlong slump stemming from a short-lived lawsuit that caused the chain some queasiness.

Sales at Taco Bell stores open at least a year - an indicator of a restaurant chain's health - rose 6 percent for the first quarter. Its parent company, Yum Brands Inc. (YUM), on Thursday predicted even more robust sales gains for the Mexican-style chain in the current quarter.

Rollout of tacos that use shells made of Nacho Cheese Doritos came late in the first quarter, so their full impact will be felt in the current quarter. Taco Bell expects to introduce Cool Ranch flavored shells later in the year.

Louisville-based Yum also owns KFC and Pizza Hut, which also had sales gains at established stores in the first quarter. Yum's first-quarter operating profit in the U.S. jumped by 27 percent.

Taco Bell accounts for about 60 percent of U.S. profit for Yum, so its slump had put a dent in the company's performance. It was knocked on its heels by the bad publicity generated by a lawsuit early last year that alleged the meat filling served at its restaurants didn't have enough beef to be called that. Taco Bell denounced the claim as false and spent millions to defend its filling and shore up its image.

The suit was dropped about three months after it was filed by an Alabama law firm. But the chain's sales faltered for months afterward.

Now, the California-based chain known for its hip advertising and late-night snacking aimed at young men seems to have its mojo back.

It's expanding its menu and entering the highly competitive breakfast business.

Taco Bell introduced its breakfast menu early this year at about 800 restaurants, mostly in the western U.S. It plans to expand breakfast to 200 more stores in the second half of 2012, Yum Chairman and CEO David C. Novak said Thursday. The chain has said previously that if the launch goes well, it hopes to begin selling breakfast burritos and hash browns at its more than 5,600 locations nationwide by 2014.

The long-term strategy, he said, is to expand Taco Bell's reach in the U.S. and raise the number of U.S. restaurants to 8,000, he said.

"We think we can be a significant new unit developer in the United States as we improve our unit economics," he said.

Meanwhile, Yum continued its fast-paced international expansion in the first quarter, adding 297 new restaurants. It opened 168 in its key China market, a record for the quarter.

Yum expects to open more than 1,500 new international units in 2012, including at least 600 in China, Carucci said.

Strong growth in overseas sales, especially in China, has been a key growth driver for Yum along with rapid restaurant expansion.

Besides the rapid expansion, Novak said, the company has strong potential for volume growth at its existing restaurants in China, where KFC is a leading fast-food brand and Pizza Hut has a strong foothold.