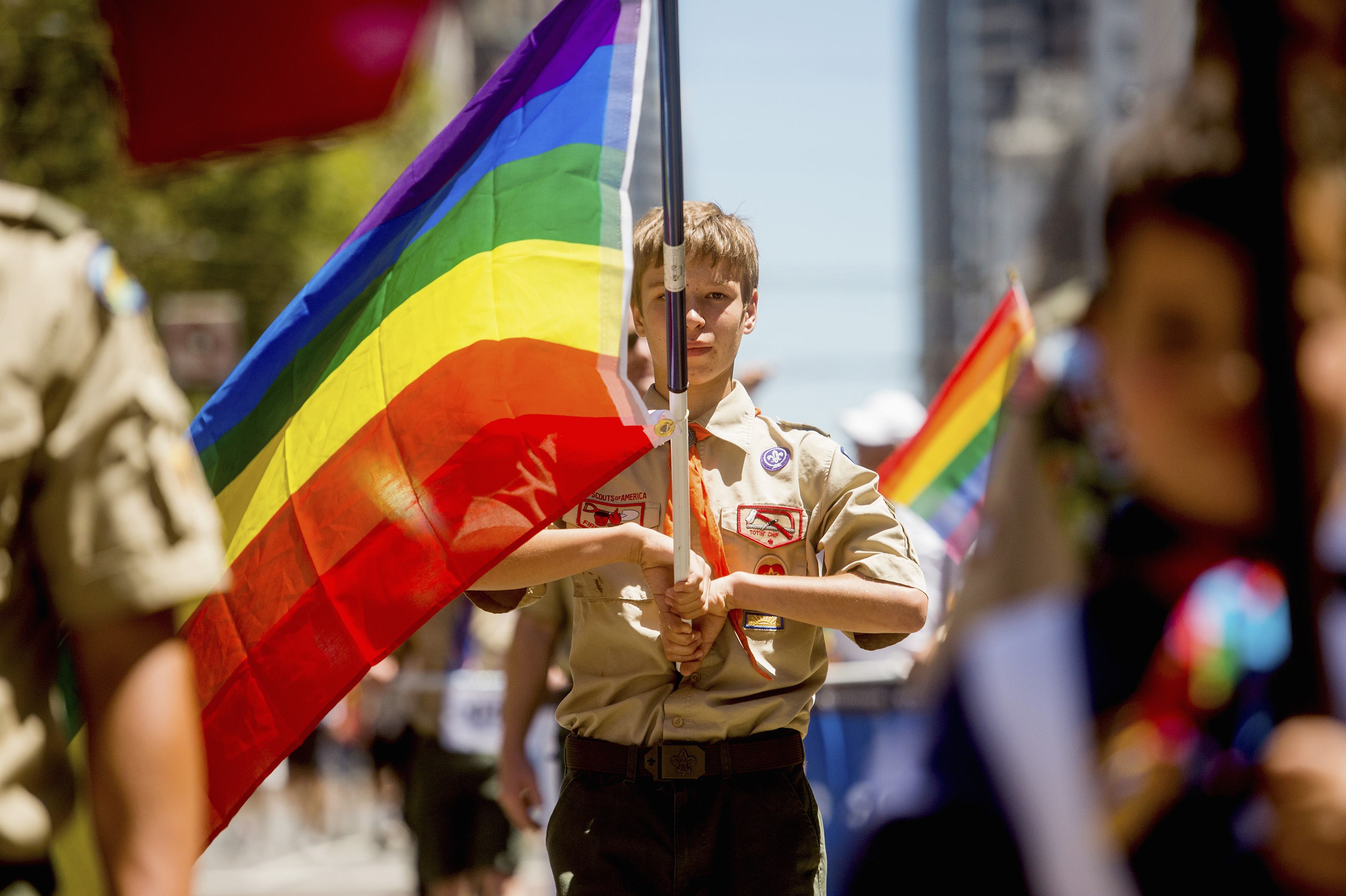 SALT LAKE CITY -- One of the largest Boy Scout councils in the country is laying off employees because donations are down -- possibly a side effect of tension between the Scouts and the Mormon church over this summer's decision to allow gay Scout leaders.

The fall fundraising driver for the Utah National Parks Council is only about halfway over, but council president Stan Lockhart said preliminary data shows a substantial drop in donations.

"This is a painful day for us all," Lockhart said Monday. "These are people we know and love, who have dedicated their careers to helping Boy Scouts. It just hurts."

The council serves about 90,000 Scouts south of Salt Lake County and has about 70 employees. Lockhart said the end-of-the-year Friends of Scouting fundraising drive provides most of the money for council's volunteer support, record-keeping and summer camps.

The Church of Jesus Christ of Latter-day Saints is the nation's largest sponsor of Boy Scout units. It sponsors nearly 38,000 Scout units with 427,000 boys - accounting for about 18 percent of all youth Scouts.

The church said it was deeply troubled with the July decision to rescind a national ban on gay Scout leaders and considering ending its association with the organization. But in August, Mormon leaders announced they were staying with the Scouts after getting assurances that they can appoint troop leaders for the church-sponsored units.

Lockhart believes that ambivalence confused some people. He says more than 99 percent of troops in his council are chartered by the church.

"The church has reiterated its support for Scouting 100 percent," said Lockhart, the widower of former Utah House Speaker Becky Lockhart and a former chairman of the state's Republican party. "I think people may be kind of mad at the Boy Scouts, but there's a big difference between the National Council and the three local councils in Utah."

He reiterated that all donated funds are used at the council level, not pooled nationally, and asked anyone on the fence about Scouting to consider how it serves boys by "helping them grow and develop and become men."

The Scouts' Great Salt Lake Council, which covers counties in the northern part of the state, started its fundraising driver later than usual to distance it from the disagreement over gay leaders.

"From May to August there was just a lot of uncertainty," said Great Salt Lake Council Scout Executive Rick Barnes, who doesn't anticipate a major donation shortage. "We just wanted to overcome all that uncertainty."