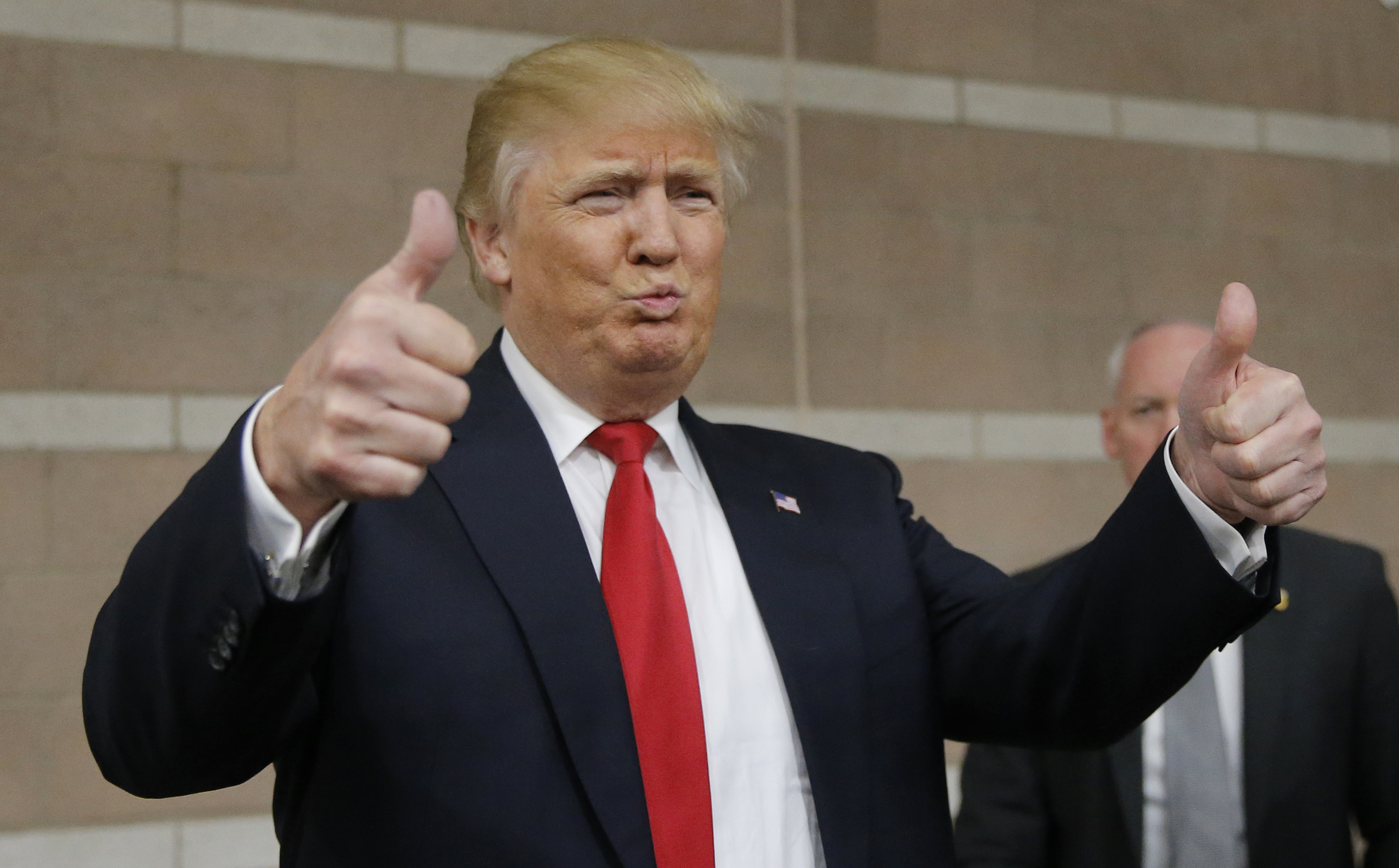 Sensing an opportunity to take GOP frontrunner Donald Trump down a peg ahead of Super Tuesday voting, Republican rivals Marco Rubio and Ted Cruz are calling on Trump to give the New York Times permission to release audio of an off-the-record meeting he held with the organization's editorial board last month.

According to a report in BuzzFeed, Trump took a different tone on immigration in the meeting than he has publicly. Immigration has been a major theme of Trump's campaign, and his hard line on the issue is something he discusses frequently at campaign events. The Times has said it would not release the audio of an off-the-record conversation with a candidate without that candidate's permission.

But his fellow Republican candidates began quickly seizing on the report, calling on Trump to ask the Times to release the audio recording.

"He doesn't tell you, by the way, that he gave an interview with the New York Times, he met with their editorial board, and apparently he told them what he really believes about immigration--which sounds like what he told them is different than what he's telling you. But it was off the record, so now the New York Times can't release the audio of that interview," Rubio said at a campaign event in Conway, Ark. "Donald Trump can fix that today. Donald Trump should ask the New York Times to release the audio of his interview with them so that we can see exactly what he truly believes about this issue he's made the cornerstone of his campaign."

Cruz, too, said Monday that voters "deserve to know" whether Trump says different things on immigration behind closed doors.

Trump's campaign has not yet commented on the release of the audio.