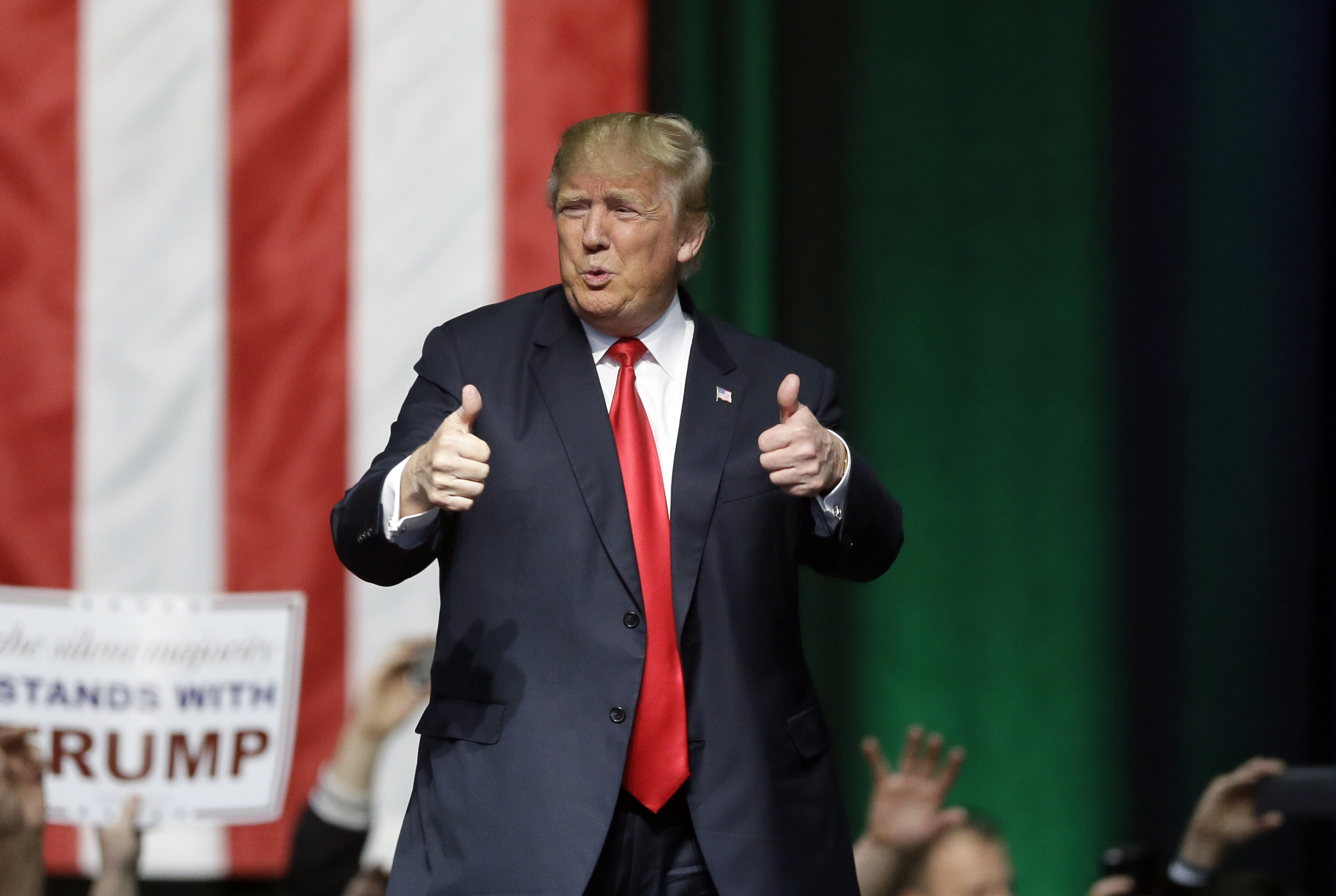 If Donald Trump becomes president of the United States, the billionaire businessman promises to levy enormous tariffs on any Chinese products entering the country.

"I would do a tax. And the tax, let me tell you what the tax should be...the tax should be 45 percent," Trump said in a meeting with the New York Times' editorial board on Thursday.

The GOP front-runner justified his flat tariff proposal saying that "the only power that we have with China is massive trade."

And though the real estate mogul would identify himself as "a free trader," Trump added that "it's got to be reasonably fair."

But even if the billionaire businessman won the 2016 election, his ability to influence such tariffs would be limited: The president cannot impose taxes -- only Congress can.

And Trump's proposals could fly in the face of current WTO trade agreements, which discourage raising agreed-upon tariffs on imported goods (except as anti-dumping fines).

This is not the first time Trump has proposed imposing heavy tariffs on imports. In 2011, he told the Wall Street Journal that all Chinese imports should have a 25 percent tariff.

And during this campaign, he has suggested taxing any Ford vehicles and parts made in Mexico, after the American car company announced that it would build new manufacturing plants in the country.

"Every car and every truck and every part manufactured in this plant that comes across the border, we're going to charge you a 35 percent tax, and that tax is going to be paid simultaneously with the transaction, and that's it," Trump said last summer, during a speech at his presidential campaign launch.

In his interview with the Times, Trump also discussed for the first time how he would deal with anti-government protesters involved in the current siege of a national wildlife refuge in Oregon.

"I think what I'd do, as president, is I would make a phone call to whoever, to the group," he said.

He added that he would not allow an occupation of federal land to continue.

"You cannot let people take over federal property," he said. "You can't, because once you do that, you don't have a government anymore. I think, frankly, they've been there too long."