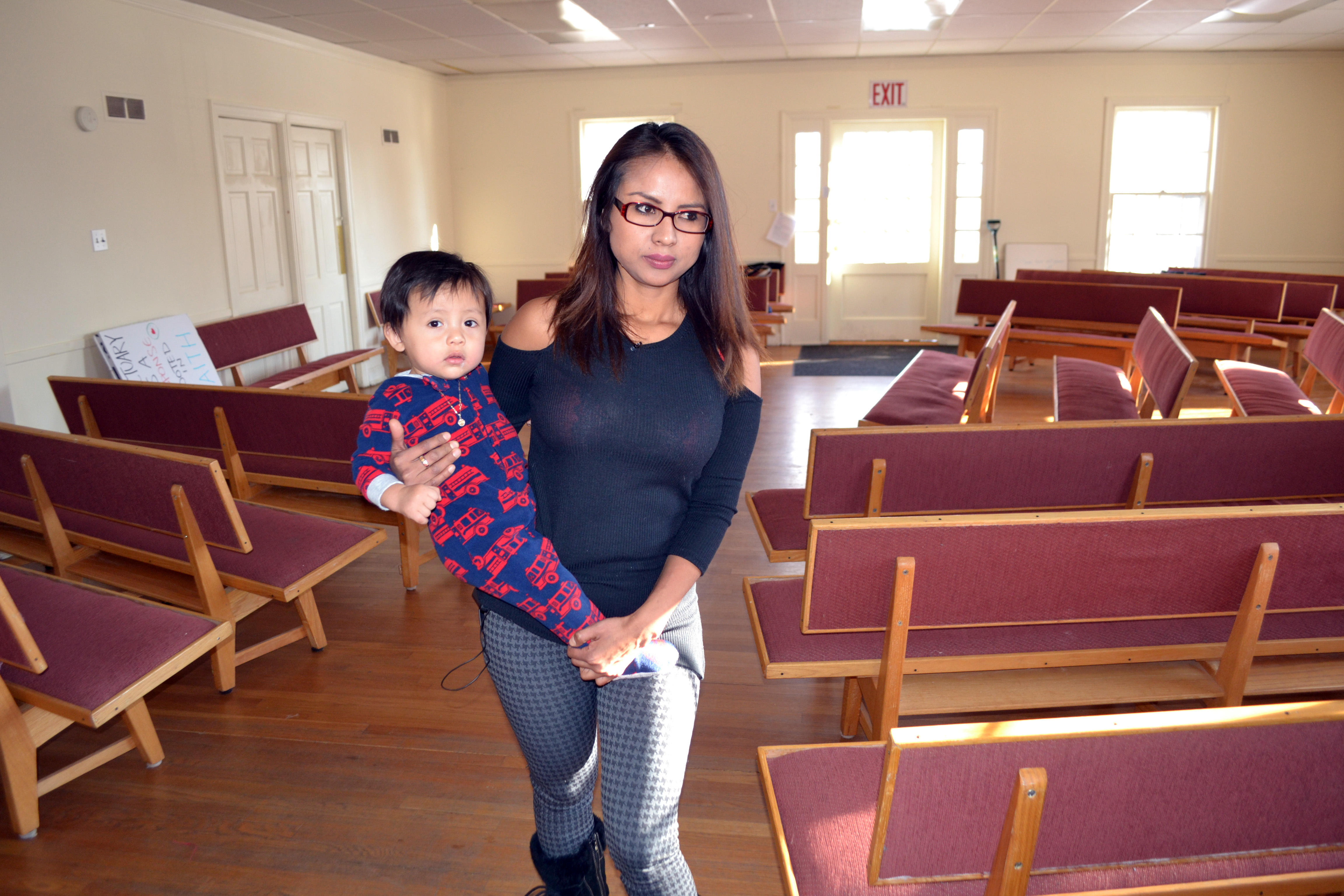 BROCKTON, Mass. -- Hundreds of houses of worship are offering sanctuary to people who could face deportation if President-elect Donald Trump follows through on his campaign pledge to remove millions of immigrants living in the country illegally.

To some churches, sanctuary means spiritual support or legal assistance to fight deportation. Others promise or already are extending physical sanctuary by housing immigrants.

In Brockton, a poor city of about 95,000 people south of Boston, four churches have pledged to take in immigrants fearful of being deported.

“If you need a safe place, once you enter the doors of this building, you are safe,” said the Rev. Abraham Waya, pastor of Central United Methodist Church, who said his church can shelter as many as 100 people. “We will host you and take care of you for as long as it takes.”

During the campaign, Trump pledged to “immediately terminate” President Barack Obama’s executive actions on immigration, including the 2012 Deferred Action for Childhood Arrivals, which has extended work permits and temporary deportation relief to more than 700,000 immigrants brought here illegally as youths.

In an interview with Time magazine published this week, Trump adopted a more sympathetic tone toward young immigrants, saying, “We’re going to work something out that’s going to make people happy and proud.”

A spokesman for U.S. Immigration and Customs Enforcement said the agency follows a 2011 policy to generally avoid entering “sensitive locations” such as schools, places of worship and hospitals to take custody of undocumented immigrants. The policy says enforcement actions can be conducted in those locations in cases of terrorism or when there are “exigent circumstances.”

About 450 houses of worship of various denominations nationwide have offered to provide some form of sanctuary, including living space, financial assistance or rides for schoolchildren, said Alison Harrington, pastor of Southside Presbyterian Church in Tucson, Arizona.

Immigrants have been fearful for decades, particularly as deportations increased during the Obama administration, said Harrington, who is involved in the sanctuary movement on a national scale. But Trump’s campaign promises to build a wall along the Mexican border, to bar Muslims from entering the country and to deport millions have “really galvanized people,” she said.

The Episcopal Diocese of Los Angeles, with more than 140 congregations, has adopted a resolution calling for “holy resistance” to Trump’s immigration proposals and declaring itself a “sanctuary diocese.”

In Philadelphia, a coalition of 17 churches and two synagogues said it has seen a huge uptick in the number of volunteers for a program offering support to immigrants when ICE raids their homes. The program had 65 volunteers in May. In the two weeks following Trump’s win, more than 1,000 new volunteers signed up, said Peter Pedemonti, executive director of the New Sanctuary Movement of Philadelphia.

“We know that we’re in a different historical moment right now and that our faith compels us to take increasingly bold actions,” Harrington said.

Some churches have already made good on their promises.

The University Lutheran Chapel of Berkeley, in California, held a ceremony in July to officially declare itself a sanctuary for people facing deportation, CBS San Francisco reported. In the basement, a one-bedroom apartment was created for an undocumented immigrant.

In Philadelphia, a 40-year-old man from Mexico has been living in the Arch Street United Methodist Church for three weeks.

Javier Flores entered the U.S. illegally in 1997 and has been deported and re-entered several times since then. After being held in an ICE detention center for over a year, the agency released him for 90 days so he could prepare for deportation. He did not want to be separated from his wife and three children, so he sought refuge, said the Rev. Robin Hynicka, senior pastor.

“For us, we feel it’s a moral obligation to keep families together,” Hynicka said.

U.S Immigration Customs and Enforcement issued a statement on the situation, CBS Philadelphia reported in mid-November.

“ICE intends to adhere to existing guidance to avoid the apprehension of individuals at sensitive locations such as schools, hospitals and places of worship, except in emergency circumstances,” the statement said.

Ingrid Encalata Latorre, an immigrant from Peru, took sanctuary last week with her year-old son, Anibal, at a Quaker meeting house in Denver.

Latorre, 32, has exhausted appeals of a deportation order and is awaiting a decision on a final, discretional appeal to immigration officials in Washington.

She left her native Cusco, Peru, in 2000 to join an aunt in Colorado, where she found work as a dishwasher, cared for kids, cleaned homes and worked at assisted living centers, she said. In 2002, she bought fake papers from an unscrupulous street seller.

She was arrested in 2010 and pleaded guilty to a felony ID theft charge. She paid $11,500 in back taxes and successfully completed parole, but her guilty felony plea brought her to ICE’s attention. Advocates arranged for LaTorre and Anibal to stay in the meeting house.

Anibal, a U.S. citizen, is being treated at Denver’s Childrens Hospital for a congenital twisted neck condition; her other son, 8-year-old Bryant, is also a U.S. citizen and attends a bilingual school in suburban Westminster.

“I have lived half of my life here,” she said. “Don’t be afraid. Just fight and keep going.”