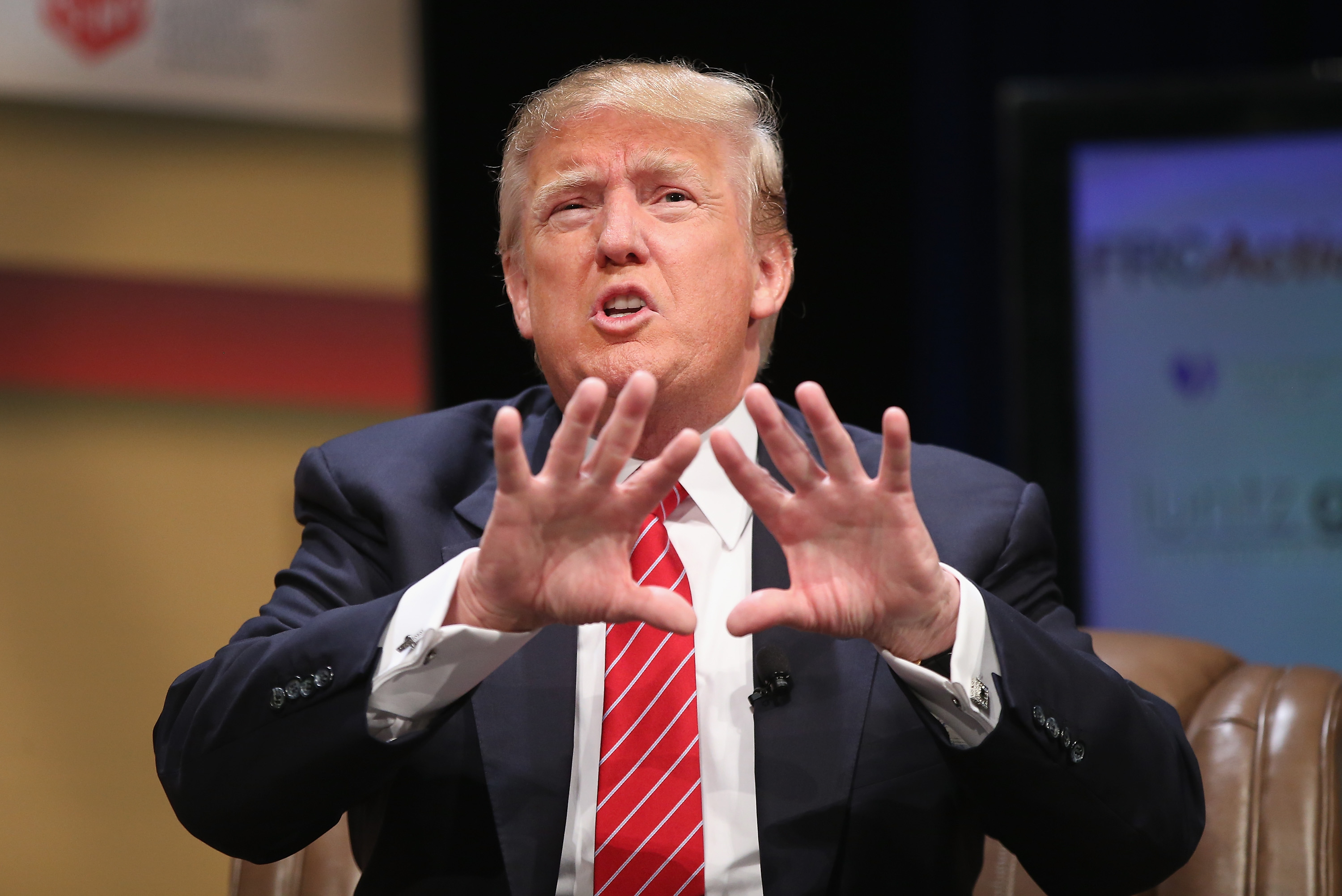 "I just realized that if you listen to Carly Fiorina for more than ten minutes straight, you develop a massive headache," Trump said Sunday in a Twitter post.

His denunciation of Fiorina marks a fast turnaround from three days ago, when Trump told Fox News that he thought she had been "an effective debater."

Trump's recent tweet continues a battle between Trump and the tech executive that began Friday, when Trump implied Fox News debate moderator Megyn Kelly asked sharp questions because she was hormonal with "blood coming out of her wherever."

Fiorina, the only female in the large GOP candidate field, jumped to Kelly's defense:

And in an interview that aired Sunday on CBS' "Face the Nation," Fiorina directed even harsher words at Trump.

"I think women of all kinds are really sort of horrified by this," Fiorina told "Face the Nation" host John Dickerson. "Mr. Trump got asked tough questions by a lot of people on Thursday night, but he chose to attack Megyn Kelly."

"I think you cannot have a president who is thin-skinned," the former Hewlett-Packard chief added.

Fiorina isn't the only presidential hopeful aiming to take the brash businessman down a peg.

"I have no idea whether he's conservative," Paul said in an interview on Fox News Sunday. "He really could be a liberal for all I'm concerned. I have no idea what his real philosophy is other than he's for promoting himself."

"Well, that's Donald Trump," the Kentucky Republican said. "He's been for all of these liberal policies and now, because he can stand up and say vulgar things and (suddenly) he's as truth teller."

Paul, who didn't hesitate to attack the Republican frontrunner at Thursday night's first GOP debate, went on to say that he didn't think the Republican party "should reward vulgarity."

"I don't think vulgarity equates to insight," he said. "And so, because you can shout and call people names and call someone stupid or call someone fat, is that really what we're going to make the decision on for who is going to be our nominee?"

And adding to his feud with the businessman, former Texas Gov. Rick Perry promised in an ABC News interview that he was "going to call out Mr. Trump" and that he was "not going to be quiet."

But while some candidates rushed to condemn Trump, others tried to distance their campaigns.

"My job is to connect to the voters, not to disconnect them from Donald Trump," former Arkansas Gov. Mike Huckabee said. "He's going to give his message, I'm going to give mine. And in time, we'll see which one really speaks to the heart, the soul and to the sense of option and opportunity for the American people."

Still, Huckabee lamented the difficulty in running a campaign in the Trump era, saying that it's "sometimes hard."

Huckabee said: "All people want to ask me is -- what do I think about Donald Trump?"