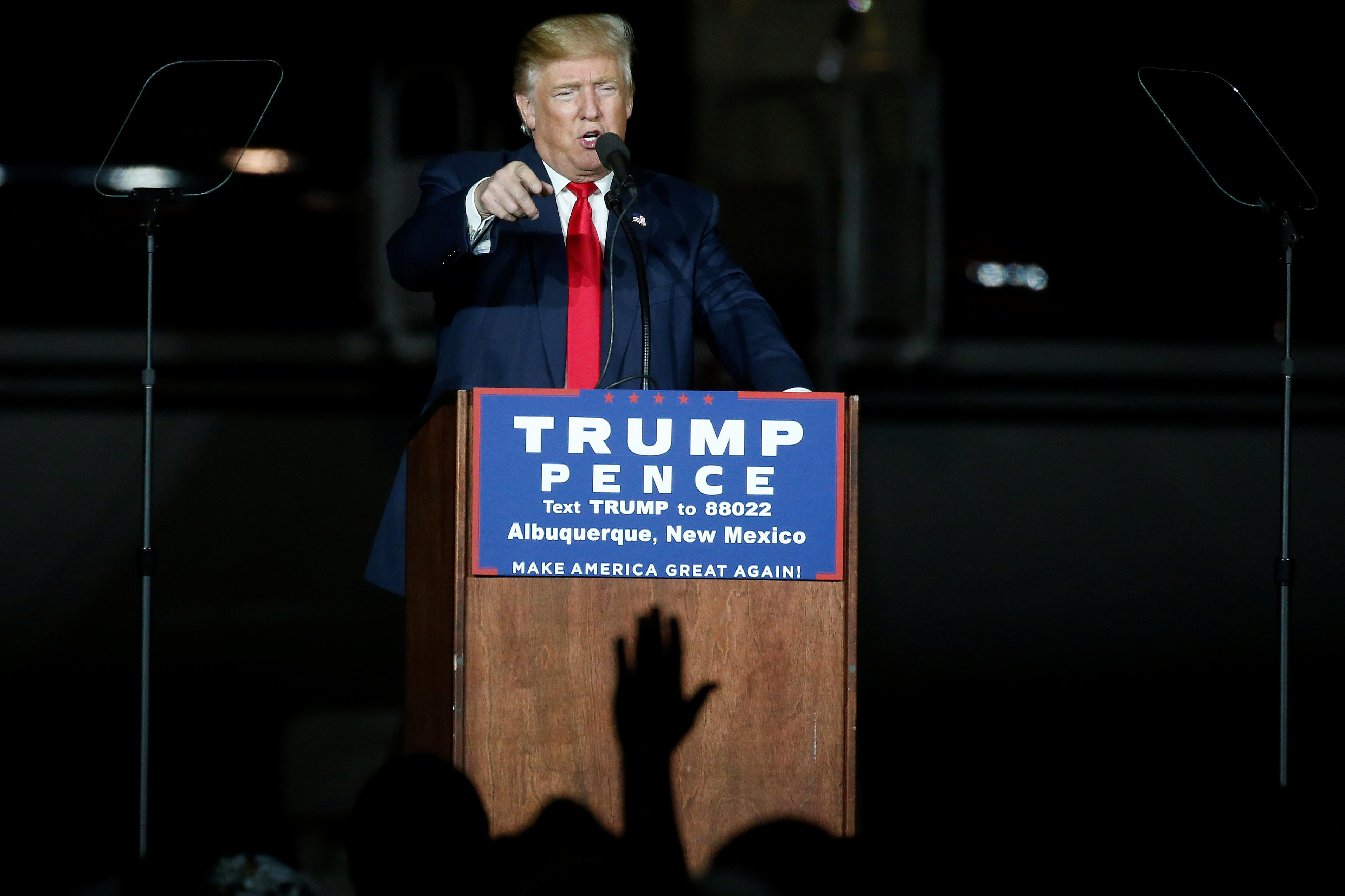 Albuquerque Donald Trump made another incendiary claim at multiple campaign stops on Sunday -- he declared that if his opponent Hillary Clinton wins the presidency, that she could let in more than 600 million new immigrants, claiming that she is in favor of “open borders.” The current population in the United States is about 325 million.

At his third and final stop in Albuquerque, Trump repeated the claim, although he increased the number by 50 million.

“She wants to let people just pour in,” Trump said. “You could have 650 million people pour in and we do nothing about it. Think of it. That’s what could happen. You triple the size of our country in one week.”

There is no evidence to support Trump’s claims. Clinton has said that in her first 100 days, she would present legislation for comprehensive immigration reform to Congress that would include a pathway to citizenship for undocumented immigrants in the United States, currently estimated to be more than 10 million.

On Sunday, Trump said at both his Colorado and New Mexico rallies that he favored a merit-based system of immigration.

It was unclear under what program Trump would institute merit-based immigration. At his speech unveiling his updated immigration plan, Trump said, “You know folks, it’s called a two-way street. It’s a two-way street. We need a system that serves our needs, not the needs of others. Remember under a Trump administration, it’s called America first. Remember that. You choose immigrants based on merit--merit! Skill. And proficiency. Doesn’t that sound nice?”

It’s still unclear where Trump stands on the H-1B program, which is designed to bring in high-skilled foreign workers, but has come under fire for hiring foreign workers at the expense of American ones. In one of Trump’s first policy papers released after announcing his run, Trump called for restricting H-1B visas. However, at a Fox News debate more than a year ago, Trump said, “I’m changing it, and I’m softening the position because we need to have talented people in this country.”

However, immediately after that debate, Trump released a statement walking that back:

The H-1B program is neither high-skilled nor immigration: these are temporary foreign workers, imported from abroad, for the explicit purpose of substituting for American workers at lower pay. I remain totally committed to eliminating rampant, widespread H-1B abuse and ending outrageous practices such as those that occurred at Disney in Florida when Americans were forced to train their foreign replacements. I will end forever the use of the H-1B as a cheap labor program, and institute an absolute requirement to hire American workers for every visa and immigration program. No exceptions.