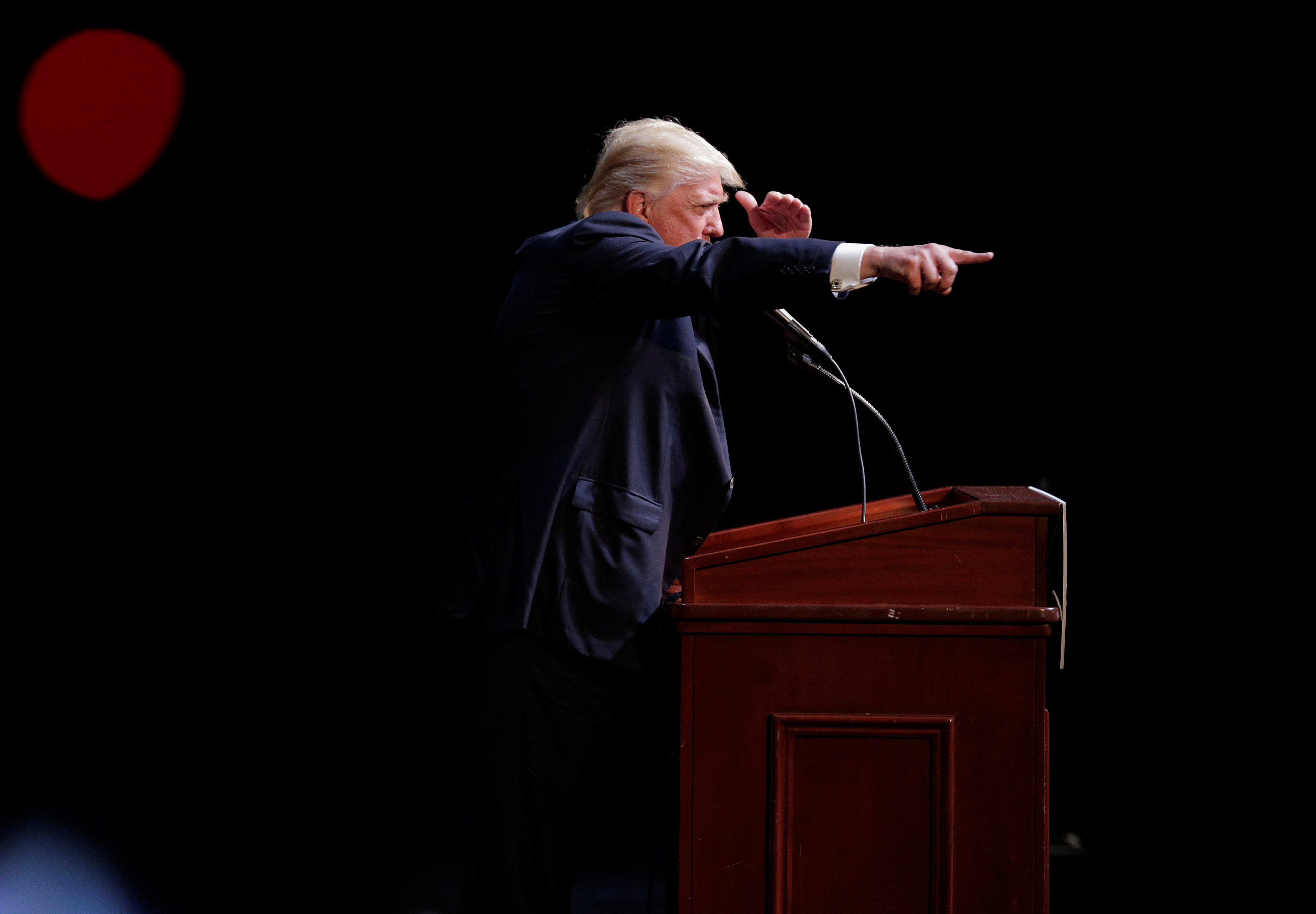 "Saddam Hussein was a bad guy, right? ... But you know what he did well? He killed terrorists. He did that so good," Trump told supporters at a campaign rally Tuesday night in Raleigh, North Carolina. "They didn't read 'em the rights, they didn't talk. They were a terrorist, it was over."

Trump has previously said the world would be "100 percent better" if dictators like Hussein and Libya's Moammar Gadhafi were still in power. Prior to the U.S. invasion, Iraq was listed by the U.S. as a state sponsor of terrorism. Hussein suppressed dissent in his country and used poison gas against 5,000 Iraqi Kurds.

Sullivan said such comments "demonstrate how dangerous he would be as commander-in-chief and how unworthy he is of the office he seeks."

Trump has made similar statements before, praising Hussein to CBS News' John Dickerson before South Carolina's primary debate in February.

"Saddam Hussein - who's a bad guy and all of that - but he made a living off killing terrorists," Trump said. "Now, if you want to become a terrorist, you go to Iraq. That's like the Harvard of terrorism, OK? So, look, it was not a great job."

Trump's foreign policy pronouncements have proved controversial, even within the Republican Party. He has said the United States is too fully engaged around the world and has questioned the role of NATO and said the United States has been taken advantage of by nations benefiting from its security cooperation and troop presence. Some critics within the GOP have said his policies suggest an isolationist stance in an increasingly dangerous world.

On April 19, when the Army general selected to lead U.S. forces in South Korea testified before the committee, McCain seized the opportunity to undermine Trump's suggestion that the U.S. withdraw its forces from the South because Seoul isn't paying enough to cover the cost of the American military presence.

"Isn't it the fact that it costs us less to have troops stationed in Korea than in the United States, given the contribution the Republic of Korea makes?" McCain asked Gen. Vincent Brooks.

Yes, Brooks said, telling McCain the South Koreans pay half, or $808 million annually, of the U.S. presence there.

Two days later, Trump's claim that NATO is irrelevant and ill-suited to fight terrorism came under the microscope. As president, Trump has said he would force member nations to increase their contributions, even if that risked breaking up the 28-country alliance.

In early March, more than 70 conservative national experts, including former Homeland Security Secretary Michael Chertoff, wrote in an open letter that they have disagreed with one another on a variety of issues but are united in their opposition to a Trump presidency. Chertoff served in President George W. Bush's administration.