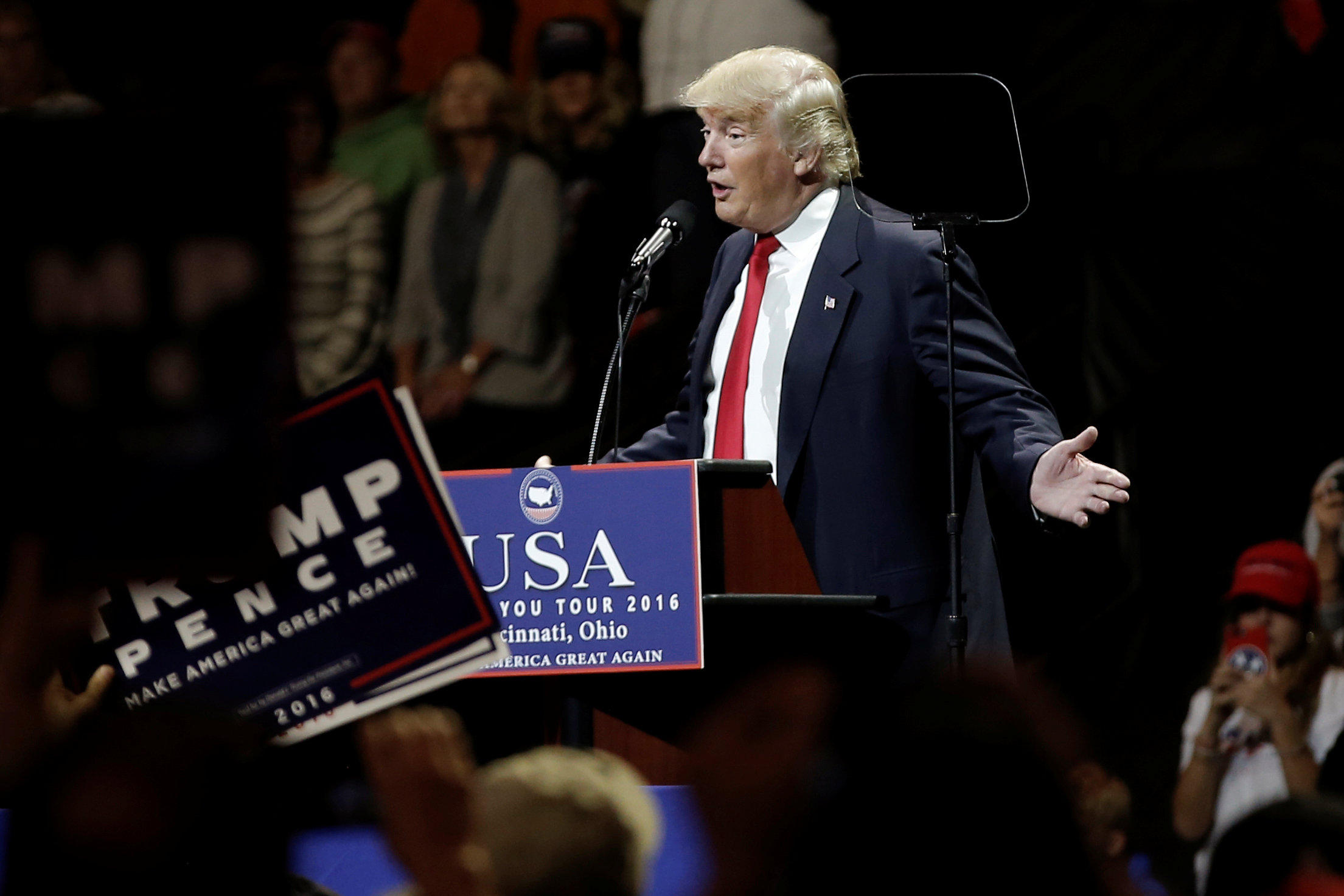 Fifty days away from his inauguration to the White House, President-elect Donald Trump took a victory lap in Ohio Thursday, re-litigating old election grudges, making news with a Cabinet announcement, and sounding very much like he was still campaigning for office.

Capping off days of speculating about his pick for Secretary of Defense, Mr. Trump teased an official announcement at Cincinnati’s U.S. Bank Arena -- by telling the raucous crowd that it would be retired Gen. James Mattis.

“I don’t want to tell you this. Because I want to save the suspense for next week. So I will not tell you – I refuse to tell you,” Mr. Trump, ever the reality television star, said Thursday.

He then proceeded to tell his audience: “We are going to appoint ‘Mad Dog’ Mattis as our secretary of defense.”

The president-elect praised Mattis -- a decorated war veteran -- as “one of our great, great generals.”

Mr. Trump also offered up praise for his other Cabinet nominations this week.

Of Wilbur Ross, his billionaire pick for commerce secretary, Mr. Trump said he selected the man because he knew how to win.

“I’d like to put a guy who failed all his life but...I put on a killer,” he said. “I am going to be putting on the greatest killers you’ve ever seen.”

The president-elect’s teleprompter-guided speech was veering and wide-ranging -- as much a reliving of his greatest election hits as much as it was a call to move past the brutal campaign.

The “Thank You Tour 2016” kicked off with the usual parade of speakers and surrogates praising Mr. Trump, including Jon Husted, Ohio’s secretary of state, who just that afternoon said that he “signed a document certifying” Trump’s win in the state.

But noticeably absent from the proceeding was Ohio Gov. John Kasich, a harsh critic of Mr. Trump and himself a former Republican presidential candidate.

In the first few minutes on stage Mr. Trump -- who will sit in the Oval Office in just over a month’s time -- resurrected his campaign trail grudge match against Kasich.

He boasted of how much he clobbered his opponent Hillary Clinton in the Ohio: “We won the state by almost ten points,” he said.

And he jabbed at Kasich with this aside: “We didn’t have much help at the top levels, you know that.” Later, he added: “We didn’t have the upper echelon” of political support in Ohio during the election.

With loud “Lock her up” chants erupting from the audience, Mr. Trump also relished in Clinton’s defeat: “We did have a lot of fun fighting Hillary, didn’t we?”

It took nearly 20 minutes into his speech, but the president-elect even brought back an enduring campaign-trail favorite: bashing the press, which he called “extremely dishonest.”

In the Cincinnati speech, there was something for every supporter -- including those who may have missed the freewheeling Trump of the campaign trail.

In another entertaining aside, the president-elect noticed a man in the audience and commented with little context: “He’s a rough-looking cookie.”

But Mr. Trump also made a presidential pivot, giving a hint of the economic and foreign policy Americans could expect under a Trump administration.

Fresh off a speech Thursday afternoon at a Carrier manufacturing plant, Mr. Trump promised more of the same when it came to keeping jobs in the country. Carrier pledged to keep 1,000 jobs in Indiana in exchange for massive tax subsidies approximating $7 million over the next ten years.

“What happened today in Indiana, we’re gonna do that all over the country,” he said. “Today, we made history and now the real work begins.”

That real work, according to the president-elect, included repealing President Obama’s signature healthcare law -- legislation that Mr. Trump had just days ago considered keeping portions of.

But in his speech, the president-elect said: “We will repeal and replace Obamacare. We have no choice.”

Promising unity, Mr. Trump noted “we spend too much time focusing on what divides us.”

Following up on a tweet earlier this week, Trump swore to defend the flag, saying that “if people burn the American flag, there should be consequences.” The Supreme Court, however, has ruled that burning the flag is protected speech.

Mr. Trump eventually concluded the rally on an aspirational note.

“People are constantly telling me and telling you to reduce our expectations. Those people are fools. They’re fools,” he said. “Anything we want for our country is now possible. Now is not the time to downsize our dreams but to set our sights higher than ever before for our country.”