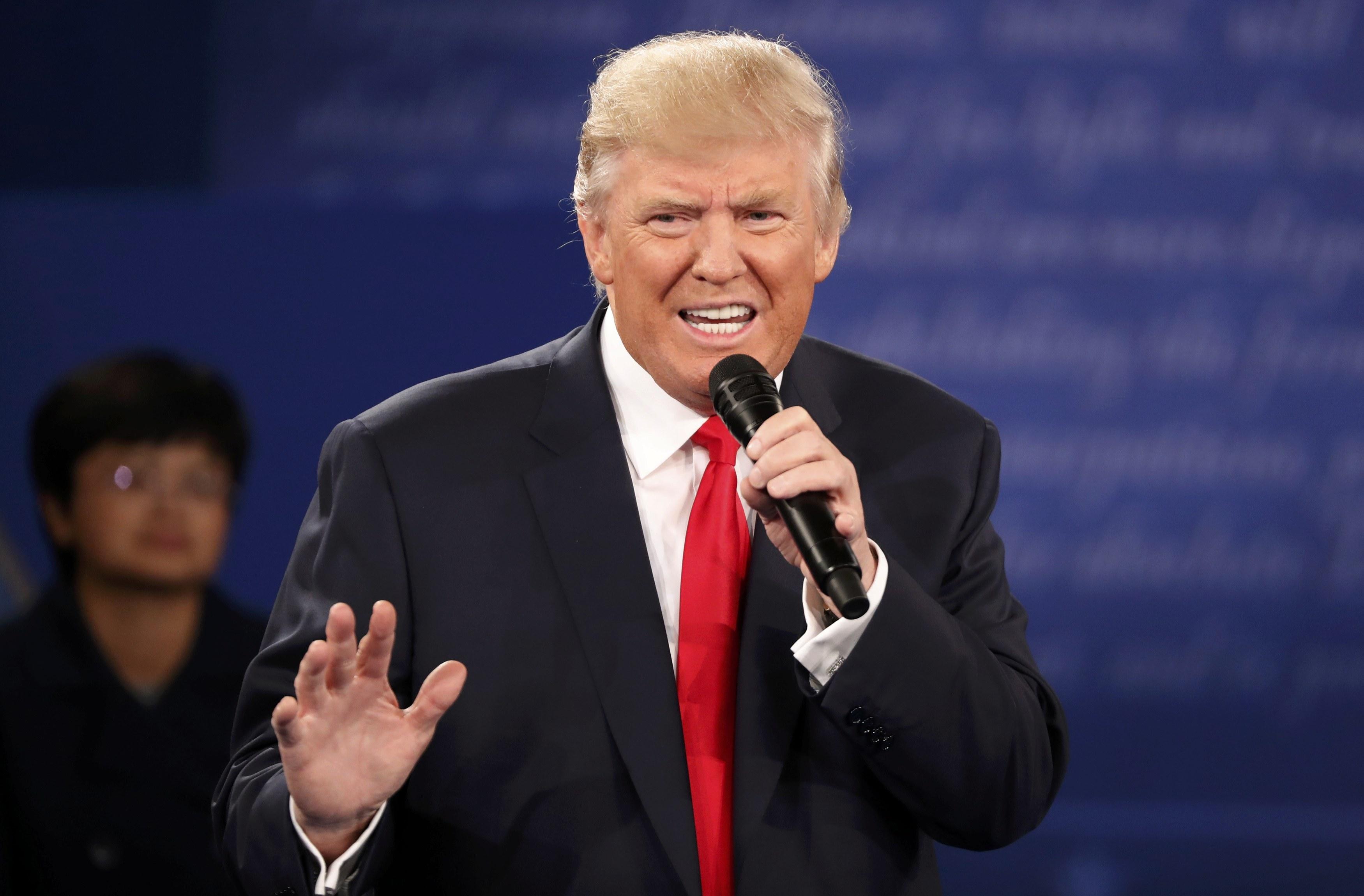 Donald Trump on Sunday night said he disagreed with his own running mate Mike Pence over the position he shared on Syria at the vice presidential debate several days earlier.

At the second presidential debate at Washington University in St. Louis, Missouri, one of the moderators, ABC News’ Martha Raddatz asked Trump what he would do about the humanitarian crisis in Aleppo. Raddatz reminded Trump that Pence said the U.S. should be prepared to use military force to strike the military targets of the Assad regime if Russia continues to be involved in airstrikes with the Syrian government’s forces.

“Okay,” Trump said. “He and I haven’t spoken, and I disagree. I disagree.”

Trump suggested that it would be too much for the U.S. to fight both the Islamic State in Iraq and Syria (ISIS) and other enemies simultaneously.

“I think you have to knock out ISIS,” he said. “We have to worry about ISIS before we can get too much more involved.”

Despite their disagreement, however, Pence congratulated Trump on Twitter following the second debate.

In an interview Monday morning with “CBS This Morning,” Trump campaign manager Kellyanne Conway was asked about Trump’s relationship with Pence since he appeared to throw him under the bus Sunday night.

“No, that’s not true,” Conway said. “In fact, Mike Pence is on other networks right now talking about what a fabulous job his running mate did at the top of the ticket last night.”