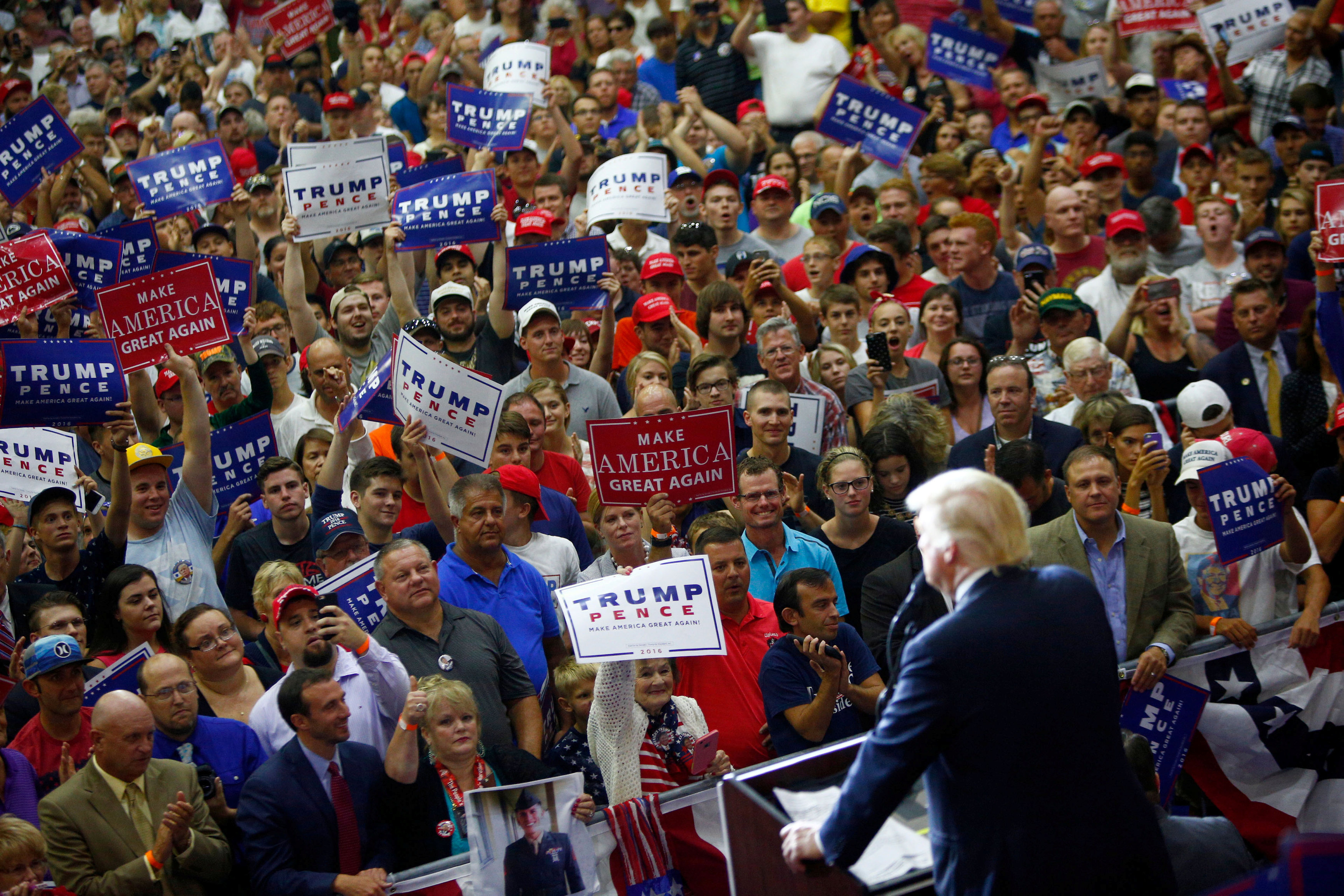 It's common knowledge by now that Donald Trump thinks Democratic nominee Hillary Clinton is "crooked"--but on Monday night he took his name-calling a step further, referring to Clinton as "the devil."

At a campaign rally in Mechanicsburg, Pa., Trump told the crowd that Vermont Sen. Bernie Sanders "made a deal with the devil" when he agreed to back Clinton and help bring his supporters on board for her campaign.

Trump went on to say Sanders and his supporters all know he made a "bad deal" when he endorsed Clinton last month.

"When Bernie Sanders' people all walked out, they had this mass exit," Trump said. "Nobody showed it, and then when they showed Bernie very angry. They were talking about Bernie, cause he made a bad deal. He should have not made a deal."

"Once he made that deal, and believe me he has buyer's remorse. This guy has buyer's remorse," Trump continued. "He looked at that and he was so angry when they were talking about him, and his people were angry at him and they should be. If he would've just not done anything, just gone home, go to sleep, relax, he would have been a hero."

Sanders says that he wasn't angry during the Democratic convention. "I always have that look on my face," he told "Face the Nation's" John Dickerson. "It's nothing new that I am not always a smiley kind of guy."

The Clinton campaign did not have an immediate response.