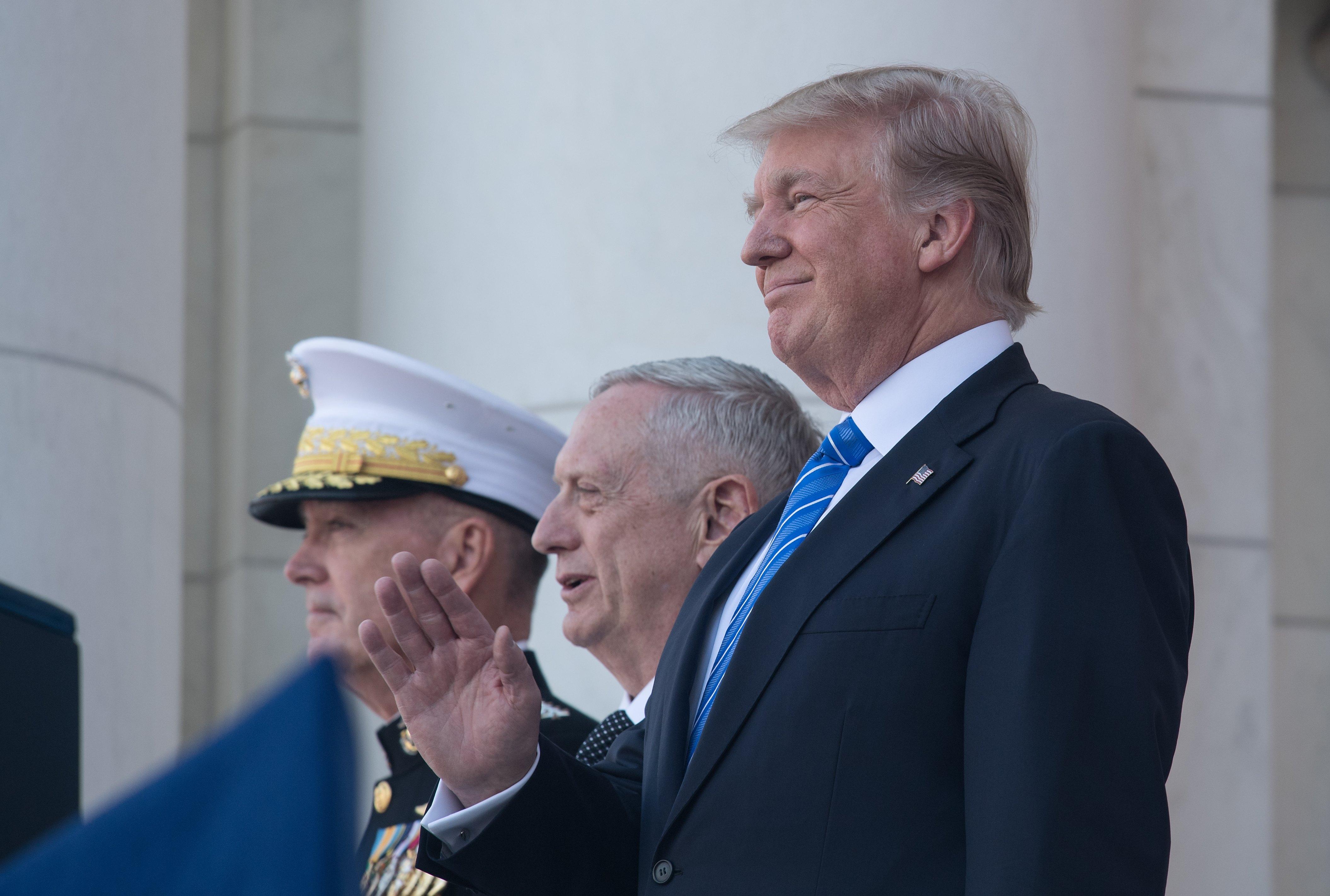 Top Trump administration officials say they're pushing for a diplomatic solution to the North Korea crisis, even as the Pentagon examines all its military options.

In an opinion piece published in Monday morning's Wall Street Journal, Secretary of Defense James Mattis and Secretary of State Rex Tillerson say the U.S. is not interested in regime change in North Korea.

They also say Washington is willing to negotiate with Pyongyang -- if the regime ends its provocative threats, nuclear tests and missile launches.

As CBS New correspondent Ben Tracy reports, the North Korean government had been quiet for several days, but on Monday its state media issued a new threat.

It said: "despite our warning, if the U.S. continues to wield a nuclear bat in front of a nuclear power, it will only accelerate its own self-destruction."

Earlier on Monday, the U.S. and Japan conducted large-scale joint military exercises on Japan's northern-most island. Over the weekend, Japan installed four missile interceptor systems which could be used to shoot down North Korean missiles that fly over the country.

Meanwhile, Chairman of the Joint Chiefs of Staff Gen. Joseph Dunford met South Korea's president today in Seoul. Dunford warned that the U.S. was ready to use the "full range" of its military capabilities to defend itself and its allies from North Korea.

Dunford is now heading to Beijing to meet China's military leaders. The Chinese government is once again warning President Trump not to use U.S.-China trade as a way to pressure Beijing into taking more action on North Korea.

Later on Monday, Mr. Trump is expected to launch an investigation into whether China stole intellectual property and trade secrets from the U.S.

China announced on Monday, meanwhile, that it would implement new restrictions on trade with North Korea on Sept. 5, in line with the new United Nations sanctions regime Beijing agreed to on Aug. 5.