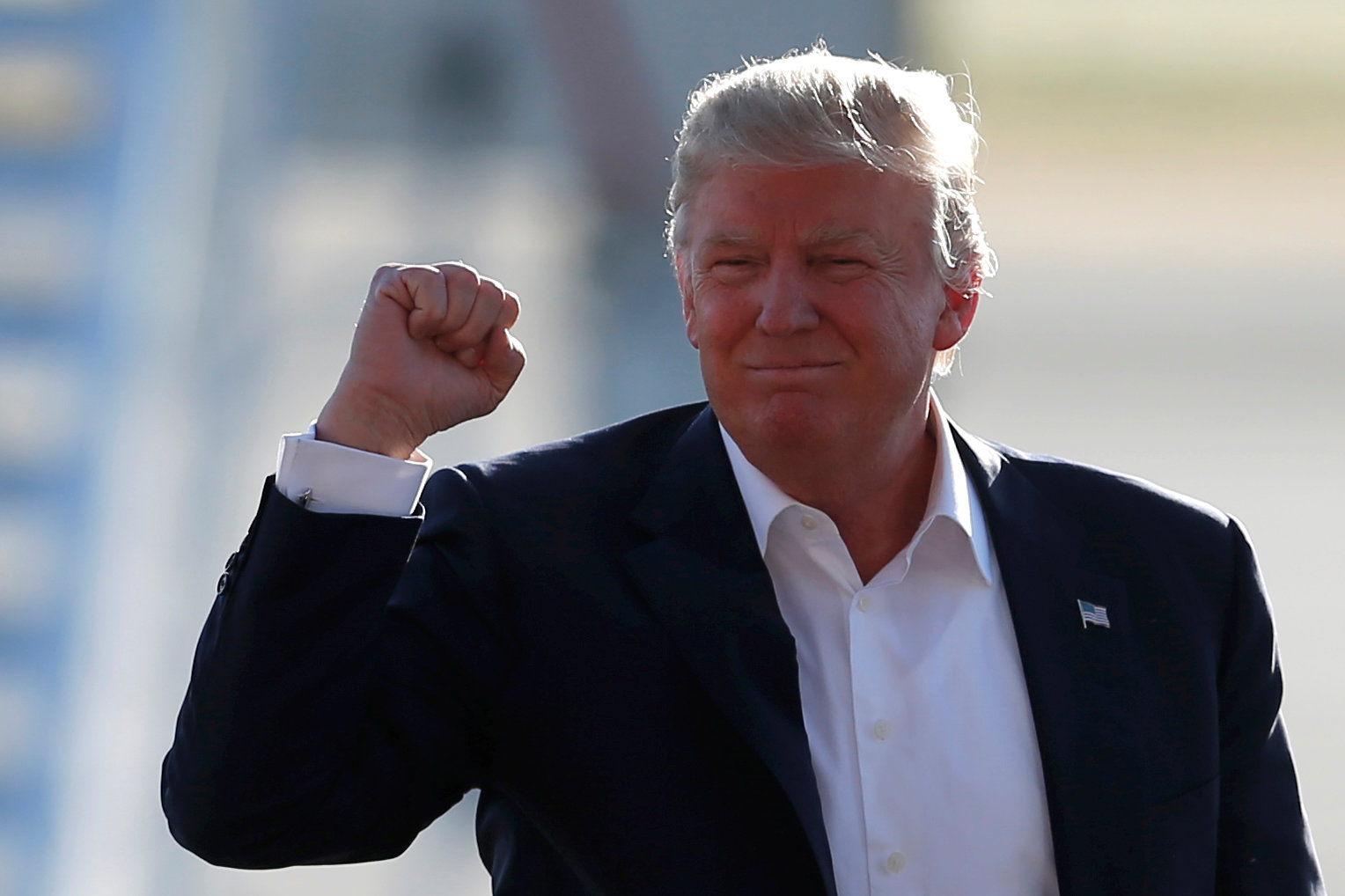 Zakarian had agreed to open a restaurant in Washington's Old Post Office, a luxury hotel property Trump has been developing, but after Trump referred to Mexican immigrants as "rapists," Zakarian dropped his plans, as did another celebrity chef who was to open a restaurant there, Jose Andres.

In July last year, Zakarian said in an email to Reuters that Trump's "statements surrounding Mexican immigrants by Donald Trump do not in any way align with my personal core values." Trump is suing both Zakarian and Andres for breach of contract, and both chefs are suing Trump back.

The deposition with Trump, at Pillsbury, Winthrop, Shaw, Pittman, which is representing Zakarian, lasted just over two hours, according to CBS News' Sean Gallitz.

Also on hand outside the law offices, a handful of Human Rights Campaign (HRC) protesters were passing out red "Make America Gay Again" hats with the HRC logo to the hundred or so bystanders outside, but they took them back when they decided that it might appear they were there to support Trump.

As Trump's car drove away, Human Rights Campaign and some bystanders held up signs and chanted, "Love conquers hate."