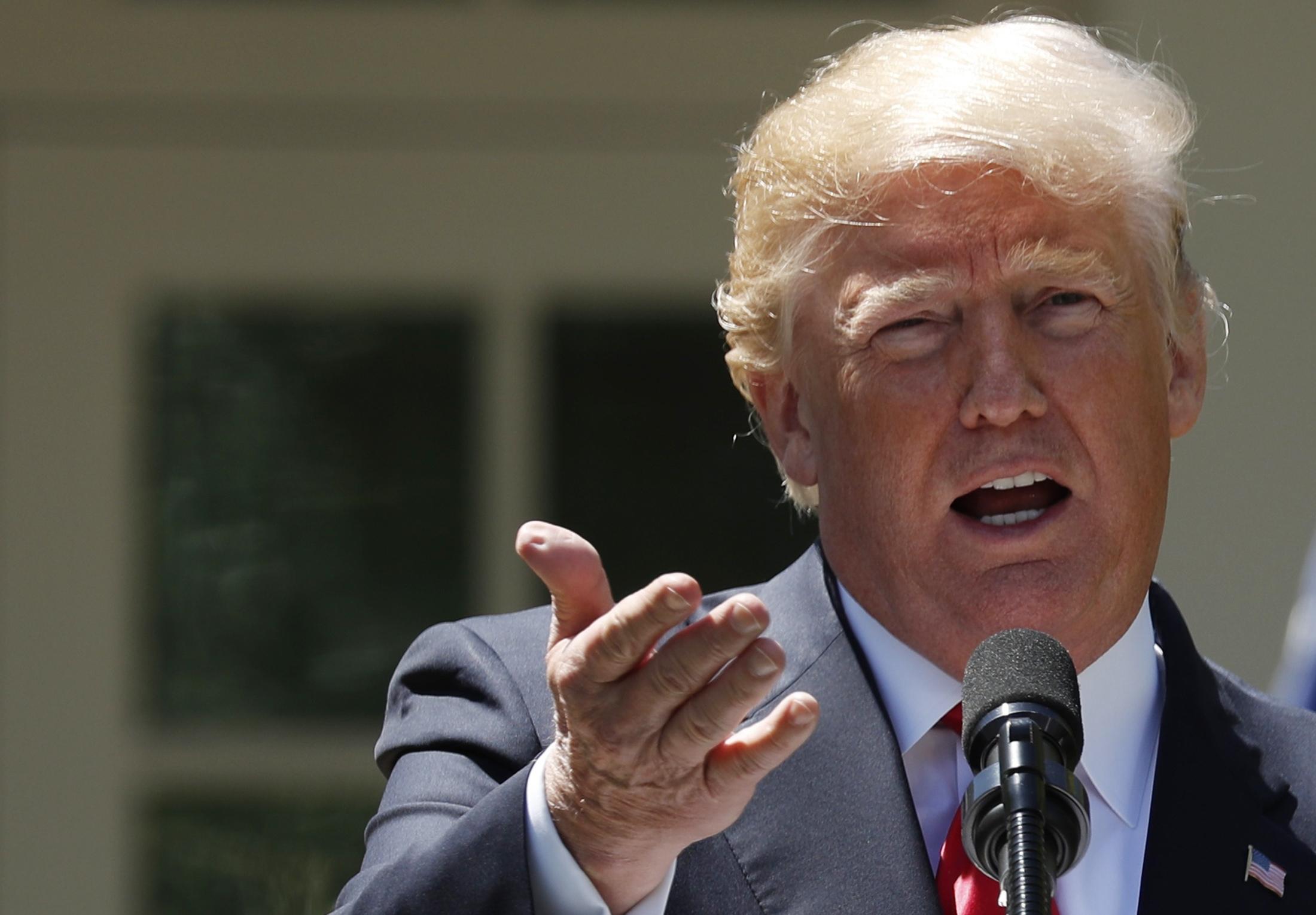 President Trump denied Thursday that he had used campaign funds to pay off adult film star Stormy Daniels, whose legal name is Stephanie Clifford, to keep quiet about an alleged affair in 2006. He tweeted that payments made to his personal attorney Michael Cohen were part of his "monthly retainer" and "not from the campaign."

The president said that Cohen was reimbursed as part of a "private contract between two parties, known as a nondisclosure agreement or NDA."

He said such NDAs are "very common among celebrities and people of wealth." Mr. Trump then said that funds were used for "damages against Ms. Clifford" to "stop the false and extortionist accusations made by her about an affair already having signed a detailed letter admitting there was no affair."

"Money from the campaign, or campaign contributions, played no roll (sic) in this transaction," he said.

Mr. Trump's tweets come after his newest attorney Rudy Giuliani told Fox News' "Hannity" that the president had personally repaid Cohen for the $130,000 payment to Daniels. Giuliani also said that the money used wasn't from the campaign and that the payment is "going to turn out to be perfectly legal."

In the past, Mr. Trump has ignored questions surrounding the adult film star, who is suing over a nondisclosure agreement that she signed but claims is invalid because Mr. Trump never signed it.

The president previously denied ever being aware of payments Cohen had made to Daniels, telling reporters last month, "You'll have to ask Michael Cohen." Mr. Trump also said he had no idea where Cohen obtained the money for the payments. Cohen has maintained that the money came from his own personal funds.

White House Press Secretary Sarah Huckabee Sanders also repeatedly denied that the president was ever aware of such payments being made. During a March 7 press briefing, when asked if Mr. Trump knew about the payments to Daniels at the time, Sanders replied: "Not that I'm aware of."

"I've had conversations with the President about this. And, as I outlined earlier, that this case has already been won in arbitration and that there was no knowledge of any payments from the President, and he's denied all of these allegations," said Sanders at the time.

Meanwhile, Giuliani was back on Fox News Thursday morning, defending Cohen as helping the Trump family during the allegations of the affair and being a "good man."

"It wasn't for the campaign. It was to save their marriage! Not their marriage as much as their reputation," Giuliani told "Fox and Friends."

He added, "However, imagine if that came out on October 15, 2016, in the middle of the last debate with Hillary Clinton. Cohen didn't even ask. Cohen made it go away. He did his job."

White House Press Secretary Sarah Huckabee Sanders meanwhile dodged questions on the payment altogether both on Fox News and in a gaggle with White House reporters Thursday morning. When Sanders spoke with reporters this morning, she cited "ongoing litigation" to decline to answer questions no less than five times.

"Look, Mayor Giuliani is part of the president's legal team. He has got visibility and insight into this issue. He spoke at length both last night and this morning. I would refer you back to his comments, particularly given the fact this is on going litigation. This is something we at the White house can't comment on and I would refer you to his comments and president's tweets from earlier this morning," Sanders said on Fox News.

White House staffers are still stunned by what Giuliani said about the president Wednesday night. They're now trying to clean up what one aide referred to as Giuliani's "dumpster fire," CBS News' Jacqueline Alemany reports. Asked why he would be put on TV again today, the source said it was thought that Giuliani could help with the cleanup.

While staffers were stunned by Giuliani's performance Wednesday night, they were not entirely surprised. It's certainly not the first time Giuliani In the midst of the fight over the president's travel ban, Giuliani said Mr. Trump had asked him to implement a Muslim ban, although at the same time, the rest of the White House was insisting that the travel ban was in fact not a ban on Muslims.