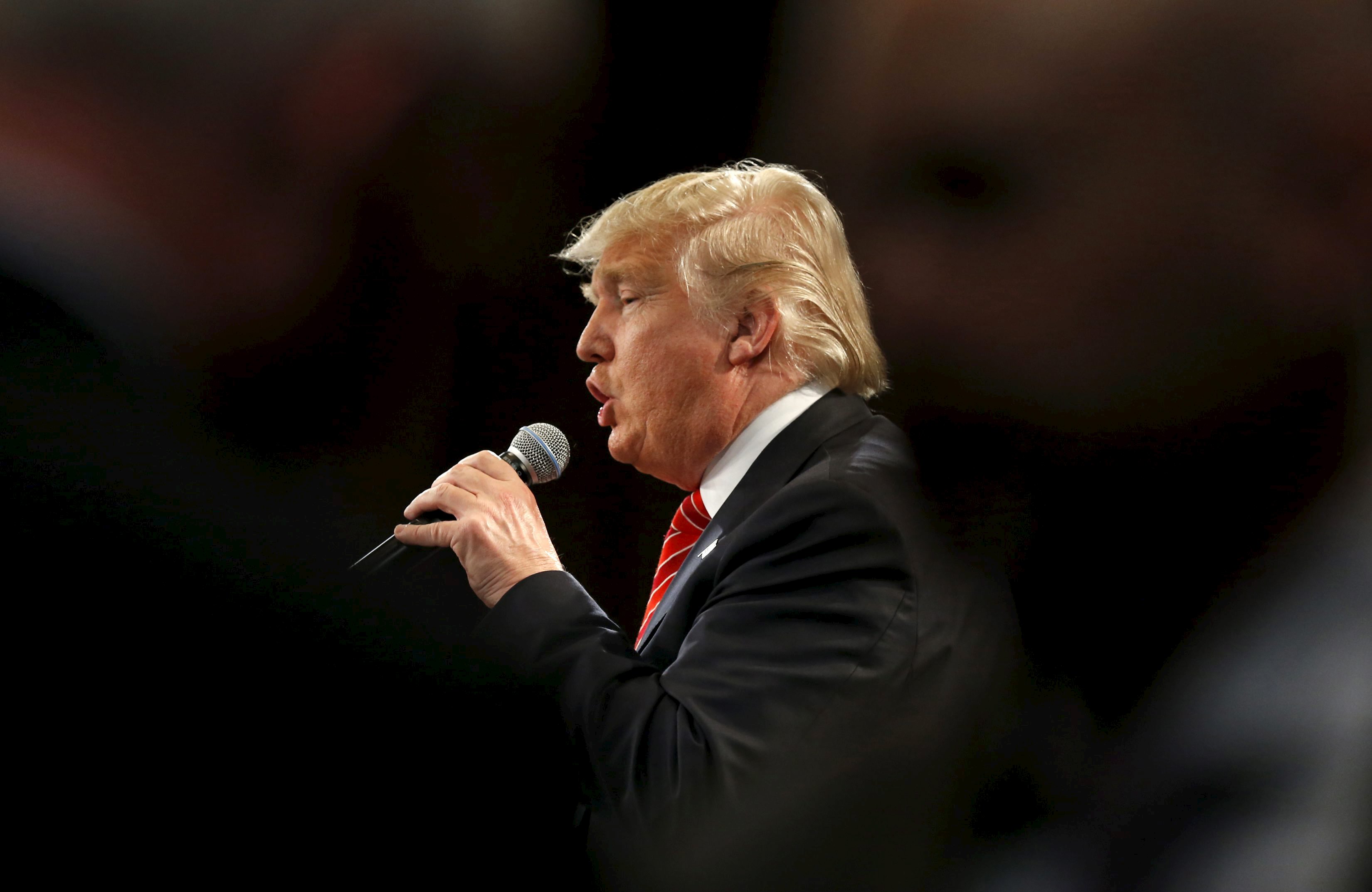 And Trump took the stage in front of supporters, with reporters exiled to the back primed to yell questions, just as the campaign has set up at three previous election night events. Everything seemed normal - normal for a Trump election night, anyway.

One problem: Trump took the stage, spoke for about twenty minutes, and then left without taking questions, which is typically the point of a press conference.

There was no infomercial-like touting of the Trump brand like last week. There were no "Trump Steaks" off to the side. It was just another odd election night with Trump.

In the speech, in which he cycled through his familiar stump speech themes, Trump was jubilant in victory. He won Florida by a convincing margin, effectively ending Florida Sen. Marco Rubio's campaign, and taking its 99 delegates. He also took North Carolina and Illinois, while losing Ohio to its home state governor, John Kasich.

Trump congratulated Rubio on his campaign, after weeks of derisively referring to his height - frequently calling him "Little Marco."

Then Trump pivoted to marveling at how the onslaught of negative advertising by various groups did not affect him in the state.

"But I have to say, and nobody has ever, ever in the history of politics received the kind of negative advertising that I have," Trump said. "Record, record, record - by the way, mostly false, I wouldn't say 100 percent. But about 90 percent. Mostly false, vicious, horrible...And you explain it to me because I can't. My numbers went up. I don't understand it."

Of course, no Trump event would be complete without a reference to a property with Trump's name on it. So he stated talking about the World Golf Championships-Cadillac Championship, held recently at Trump National Doral.

"I'm watching. We have television screens all over," Trump said. "We're down at this gorgeous green at Doral, and everything's working beautifully. And then a commercial comes on -- the worst commercial. And I'm with these wonderful people from Cadillac, all these top executives, and I'm saying, 'Look over there! Don't watch it! Isn't the grass beautiful? Look, look! Don't' watch.'"

The crowd applauded. Trump even received applause from some sitting in an area reserved just for press. One man that stood up cheered during Trump's speech, sitting amidst reporters, was seen afterwards wearing a Trump campaign hat.

Trump mentioned someone he rarely talks about on the trail - his nine-year-old son, Barron.

This elicited "awws" from the audience.

"Paul Ryan called me the other day. Tremendous call. I spoke with Mitch McConnell today. We had a great conversation," Trump said.

He ended his speech promising "great victories for his country." Then he walked off. Reporters tried to get near the exit trying to get him to come back and answer questions.

One reporter yelled that Trump should come back and answer questions since this was billed as a press conference.

Trump was on his way out the door. He didn't stop.