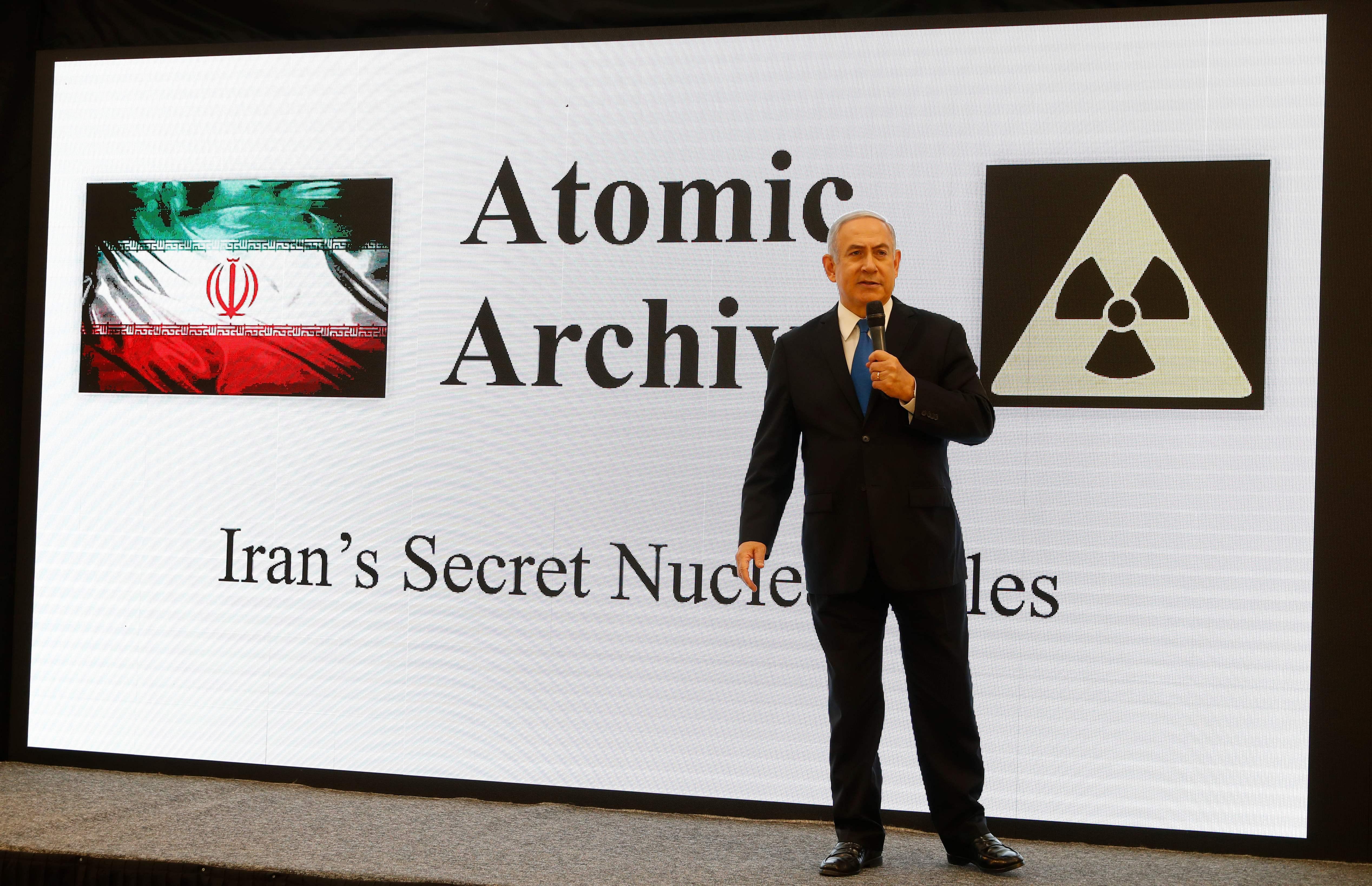 WASHINGTON -- The Iran deal is in jeopardy. Israel's prime minister says he has proof Iran covered up a secret nuclear weapons program. President Trump says he'll decide whether to withdraw from the deal within 12 days.

Israeli Prime Minister Benjamin Netanyahu gave Mr. Trump plenty of ammunition for pulling out of the 2015 pact Monday, CBS News chief White House correspondent Major Garrett reports. Under the deal, Iran agreed to stop its nuclear program in return for sanctions being lifted. But Netanyahu insists Iran didn't live up to its end of the bargain.

Unveiling bookshelves full of binders, Netanyahu said his government had captured tens of thousands of documents proving Iran pursued nuclear weapons while it told the world it only sought civilian nuclear power.

Netanyahu said the material was taken from a secret government facility he called Iran's "atomic archive."

"Even after the deal, Iran continued to preserve and expand its nuclear weapons knowhow for future use. Why would a terrorist regime hide and catalog its files if not to use them at a later date?" Netanyahu asked.

"This information provides new and compelling details about Iran's efforts to develop missile-deliverable nuclear weapons," the statement read. "These facts are consistent with what the United States has long known: Iran has a robust, clandestine nuclear weapons program that it has tried and failed to hide from the world and from its own people."

The White House then updated its statement to say that "Iran had a robust, clandestine nuclear weapons program ..."

The statement ended with: "The Iranian regime has shown it will use destructive weapons against its neighbors and others. Iran must never have nuclear weapons."

Netanyahu's speech comes ahead of a May 12 deadline for Mr. Trump to decide whether the U.S. will stay in the Obama-era nuclear deal. The agreement called for international inspections of its nuclear facilities.

At the White House, Mr. Trump said he was keeping his options open.

"I'm not telling you what I'm doing, but a lot of people think they know," Mr. Trump said. "And on or before the 12th, we'll make a decision."

CBS News' Elizabeth Palmer reports that there's one word in Europe about Monday's development: skepticism. "The consensus is that nothing Prime Minister Netanyahu said was at all new," Palmer said.

Sources say the Israelis shared their intelligence with the U.S. before Monday's press conference. Mr. Trump said it proved the agreement was a bad deal.

"And I've been saying that it is happening. They're not sitting back idly ... they're setting off missiles which they say are for television purposes. I don't think so," Mr. Trump said.

"With the information I have been provided, I have seen no evidence they are not in compliance today," Pompeo said.