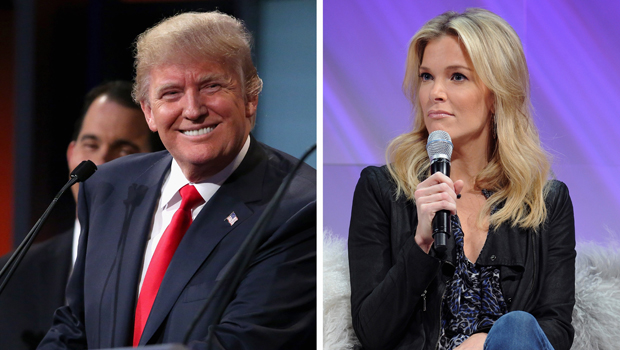 Republican presidential candidate Donald Trump is set to face off once again with Fox News anchor Megyn Kelly when the network hosts its second Republican debate on Jan. 28.

The businessman's insulting remarks about Kelly after the first Republican debate came closer to costing him support than many of the other controversial things he has said in the six months of his presidential campaign. When Trump was critiquing her questions - including one about the various terms he has used to insult women - he said, "There was blood coming out of her eyes, blood coming out of her wherever," the backlash was quick. Right-wing commentator Erick Erickson withdrew his invitation to Trump to speak at a conservative forum. His fellow Republicans were quick to condemn him. Even Fox News Chairman Roger Ailes issued a public rebuke.

Trump stood by his comments about Kelly, saying that only a "deviant" would think he was suggesting her questioning was motivated by hormones.

"I said blood was essentially blood was pouring from her eyes, blood was pouring, and then just I wanted to get on with the rest of the sentence...there was nothing obvious. Only a deviant would have thought otherwise," he said on "Face the Nation" in August.

Kelly, for her part, said at the time she didn't expect an apology from Trump, and she would not apologize "for doing good journalism."

"This is a tough business, and it's time now to move forward...let's get back to the news."

The debate will take place just four days before the Iowa caucuses. In addition to Kelly, who anchors "The Kelly File," "Special Report" anchor Bret Baier and "FOX News Sunday" host Chris Wallace will reprise their roles as moderators.