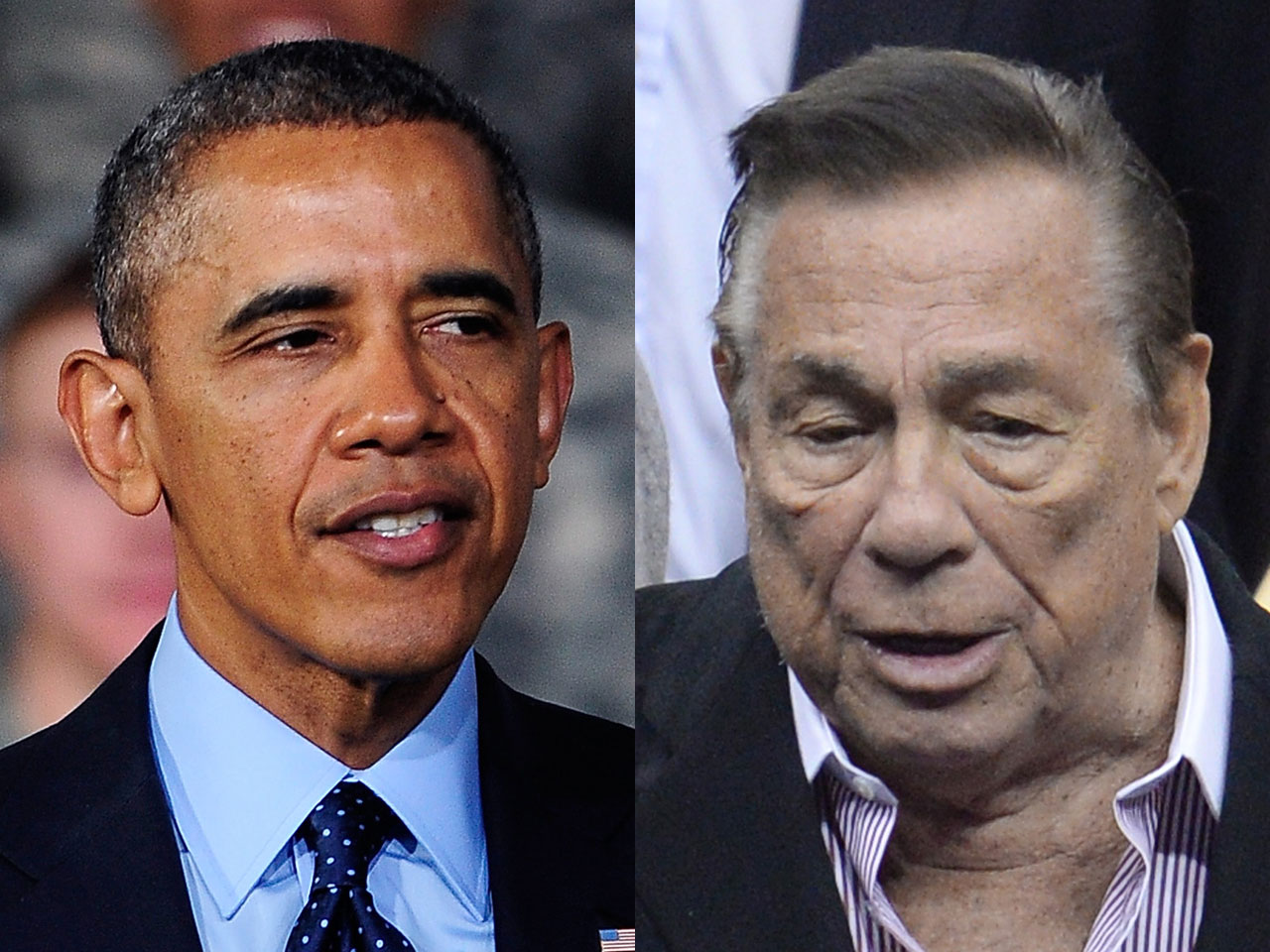 KUALA LUMPUR, Malaysia - President Barack Obama on Sunday described comments reportedly made by the owner of the Los Angeles Clippers "incredibly offensive racist statements," before casting them as part of a continuing legacy of slavery and segregation that Americans must vigilantly fight.

"When ignorant folks want to advertise their ignorance, you don't really have to do anything, you just let them talk," Obama said when asked to respond to Donald Sterling's reported comments.

Obama's description of the controversy as part of a larger historical context is the latest example of his continuing willingness to expound on matters of race in his second term.

After avoiding much mention of race relations during his campaign to become the first black president and in his first term, the president last summer offered a personal reflection in response to the shooting of black teenager Trayvon Martin. And now Obama has spoken out against an audio recording of a man identified as Sterling telling his girlfriend not to bring black people to games.

The firestorm over Sterling's comments has quickly engulfed the NBA. Obama cast the comments through a broader prism of racism in America, adding that "we constantly have to be on guard on racial attitudes that divide us rather than embracing our diversity as a strength."

"The United States continues to wrestle with the legacy of race and slavery and segregation, that's still there, the vestiges of discrimination," Obama said during a news conference in Malaysia, where he was traveling.

"We've made enormous strides, but you're going to continue to see this percolate up every so often," he added. "And I think that we just have to be clear and steady in denouncing it, teaching our children differently, but also remaining hopeful that part of why statements like this stand out some much is because there has been this shift in how we view ourselves."

In the recording attributed to Sterling recording and posted on the website TMZ, a male voice questions his girlfriend's association with minorities. TMZ reported the woman, V. Stiviano, is of black and Mexican descent.

The man asks Stiviano not to broadcast her association with black people or bring black people to games. The man specifically mentions Lakers Hall of Famer Magic Johnson on the recording, saying, "Don't bring him to my games, OK?"

Anger, frustration and calls for action echoed around the NBA on Saturday after the audio recording surfaced.

The league said it was investigating the recording, calling the comments "disturbing and offensive." Lakers Hall of Famer Magic Johnson, a target of Sterling's remarks, said he wouldn't attend Clippers' games as long as Sterling was the owner. Miami Heat star LeBron James asked new NBA Commissioner Adam Silver to take aggressive measures, saying "there is no room for Donald Sterling in our league."

Obama said he's confident NBA Commissioner Adam Silver will address the matter. He said the NBA has "an awful lot of African American players, it's steeped in African American culture. And I suspect that the NBA is going to be deeply concerned in resolving this."