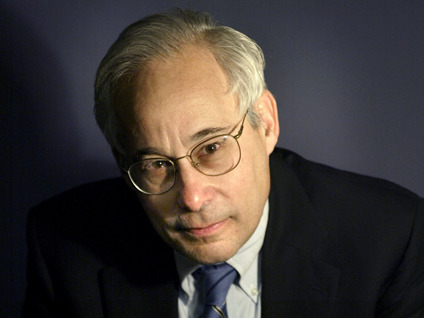 Liberals and conservatives are butting heads over President Obama's recess appointment of Dr. Donald Berwick to oversee Medicare and Medicaid, taking very different positions on whether Berwick qualifies as a "radical" and whether Mr. Obama is justified in bypassing Senate confirmation of the appointment.

As head of the Centers for Medicare and Medicaid Services (CMS), Berwick will be responsible for the large entitlement programs and will also play a critical role in steering the enactment of Mr. Obama's new health care reforms. The debate over Berwick's recess appointment makes clear what the White House knew all too well -- Berwick may not have survived the Senate confirmation process, which would have turned into a proxy debate over health care reform.

"As if shoving a trillion dollar government takeover of health care down the throat of a disapproving American public wasn't enough, apparently the Obama Administration intends to arrogantly circumvent the American people yet again by recess appointing one of the most prominent advocates of rationed health care to implement their national plan," McConnell said in a statement. "Democrats haven't scheduled so much as a committee hearing for Donald Berwick but the mere possibility of allowing the American people the opportunity to hear what he intends to do with their health care is evidently reason enough for this Administration to sneak him through without public scrutiny."

Republicans are largely concerned with comments Berwick has made with respect to health care "rationing" -- a contentious issue during last year health care reform debate.

Berwick -- a pediatrician, Harvard University professor and leader of a health care nonprofit organization -- told an interviewer last year, "The decision is not whether or not we will ration care - the decision is whether we will ration with our eyes open. And right now, we are doing it blindly."

Republican Sen. John Barrasso of Wyoming in a statement blasted Berwick as "a self-professed supporter of rationing health care" and complained, "He won't even have to explain his views to the American people in a Congressional hearing. Once again, President Obama has made a mockery of his pledge to be accountable and transparent."

Ezra Klein, a liberal blogger for the Washington Post, notes that Berwick's statement is no different than a statement from Republican Rep. Paul Ryan of Wisconsin (seen as an up-and-coming leader within the GOP), who said with respect to health care, "Rationing happens today! The question is who will do it?"

Klein points out that Berwick has won praise from people who served for Republican administrations, such as Tom Scully, who served as CMS Director under President George W. Bush.

"He's universally regarded and a thoughtful guy who is not partisan. I think it's more about ... the health care bill," Scully said of Berwick. "You could nominate Gandhi to be head of CMS and that would be controversial right now."

The White House also points to praise for Berwick from Mark McClellan, who also served as CMS Director during the Bush administration: "What happens at CMS in the next few years will determine whether the new legislation actually improves quality and lowers costs. Don [Berwick] has a unique background in both improving care on the ground and thinking about how our nation's health care policies need to be reformed to help make that happen."

Berwick has also drawn support from the American Medical Association, AARP, and the labor union the AFL-CIO.

"There is no better individual than Dr. Berwick to lead the effort to transform our health care system into one that provides every patient with the best possible care at every interaction," AFL-CIO President Richard Trumka said in a statement.

Conservative commentators support the Republican position that a debate over Berwick's positions is imperative.

"Donald Berwick openly wants to destroy the American medical system," writes conservative blogger Erick Erickson. "Berwick has condemned the free market's involvement in medical practice and declared the United States should be more like Britain, where some people die waiting in line for medical treatment. Barack Obama has foisted on the American public radical after radical. Donald Berwick might just be the most dangerous of them all."

Democrats, meanwhile, are complaining that the GOP opposition to presidential nominees like Berwick has gotten out of hand.

"Republican lockstep stalling of Don's nomination was a case study in cynicism and one awful example of how not to govern," Sen. John Kerry (D-Mass.) said in a statement. "Republicans screamed that these federal programs were in trouble, then tried to deny the Administration the capable guy the president had chosen to oversee them. The president did the right thing making this a recess appointment. He wasn't going to let the Republicans thrive in a chaos of their own making."

Democratic Sen. Max Baucus on Montana said in a statement he was "troubled" that Berwick's appointment bypassed the Senate confirmation process, which he called "an essential process."

He added, "Despite the recess appointment, I look forward to working with CMS as they implement health reform to deliver the better health care outcomes and lower costs for patients we fought to pass in the landmark health reform law."