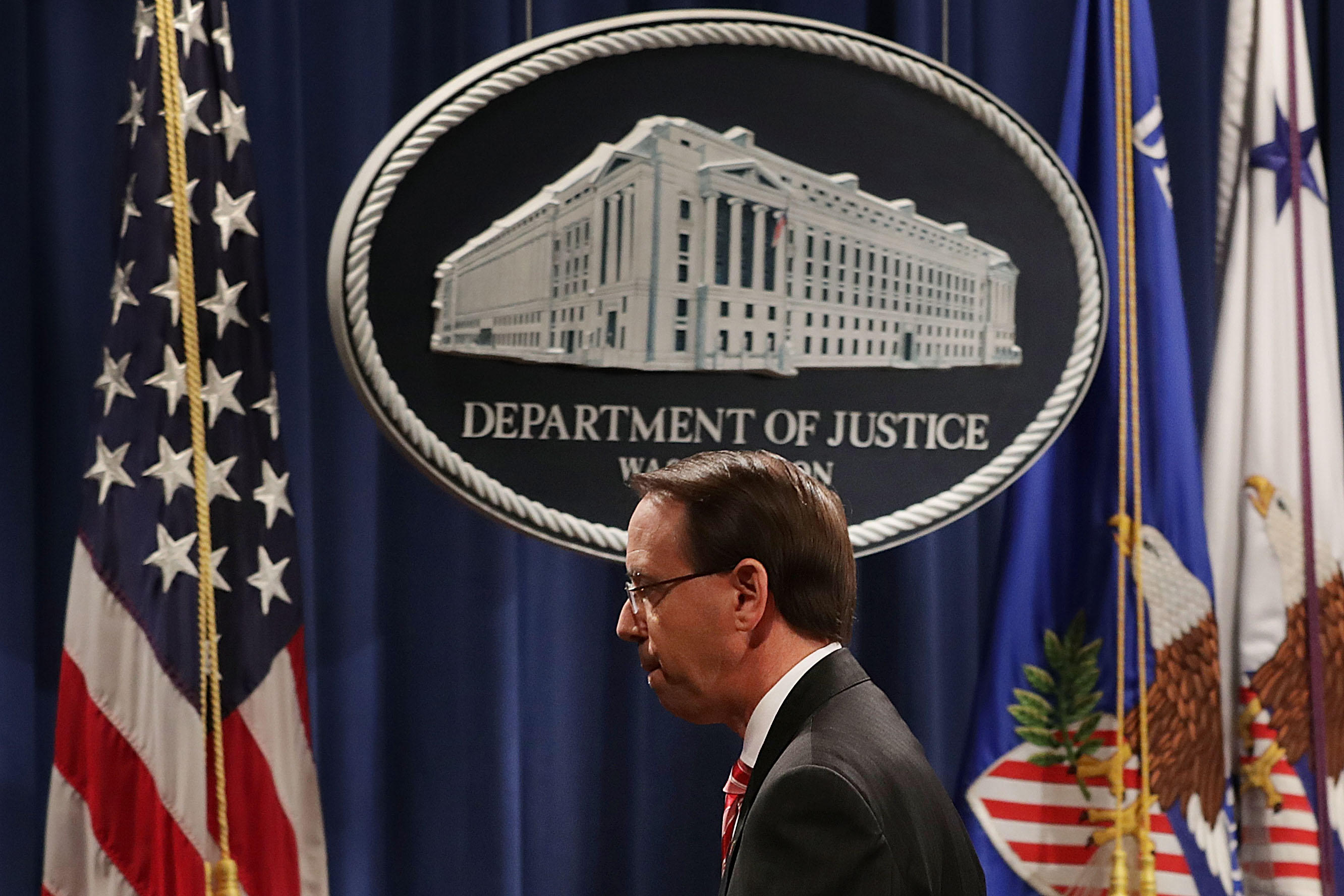 Speaking at the Aspen Security Forum in Aspen, Deputy Attorney General Rod Rosenstein, in announcing the report, said, "Every day, malicious cyber actors infiltrate computers and accounts of individual citizens, businesses, the military, and all levels of government."

"The Russian effort to influence the 2016 presidential election is just one tree in a growing forest," Rosenstein said. "Focusing merely on a single election misses the point."

The report covers a range of malign foreign influence operations, including those that target election infrastructure, political organizations, and disinformation operations.

"Influence operations are a form of information warfare," Rosenstein said. "Covert propaganda and disinformation are among the primary weapons."

The report emphasizes the importance of vigilance against foreign interference in American elections and politics.

Here is the report released Thursday:

This is a developing story and will be updated. Olivia Gazis contributed reporting to this story.